The Human Dimension of Biodiversity Changes on Islands

EECRG members have been co-authors of a paper published in Science looking at the impact of human arrival on island biodiversity.

The paper in Science by members of the HOPE project Sandra Nogué, Manuel Steinbauer, Janet Wilmshurst, Vivian Felde, and John Birks and 17 colleagues used numerical analyses of pollen sequences from 27 islands around the world to quantify the rate of pollen compostional change - and hence vegetation change - before and after human arrival.

Islands and their biota have long fascinated naturalists, ecologists, biogeographers, and evolutionary biologists since the times of Darwin, Hooker, Wallace, von Humboldt, and others. Islands are often thought of as "laboratories for the experimental study of evolution". The American ecological polymath Ed Deevey wrote in 1969 that "the more one looks at this model [about island biota] ... the more one wishes for some fossil evidence. ... One wishes for some kind of genuinely historical data that might constrain the bold assumptions about time-rates."

Fifty years on, palaeoecologists have now studied peat and lake sediments from lakes or bogs on many islands. Nogué and her team of colleagues from eleven countries synthesised pollen-stratigraphical data and analysed these data quantitatively to show a consistent pattern of human arrival accelerating the rate of compositional turnover by, on average, a factor of eleven. The most rapid changes occurred on islands that were settled more recently such as the Galápagos (first inhabited in the 16th century) and the Poor Knights archipelago in New Zealand (first populated in the 13th century). Islands where humans arrived more than 1500 years ago, such as Fiji and New Caledonia, saw a slower rate of change. Similar trends are seen across a range of geographic locations and climates with, for example, Iceland producing similar results to Tenerife and tropical islands.

Nogué et al. conclude that conservation strategies for islands must account for the long-term impact of humans and the degree to which ecological changes today differ from pre-human times, despite islands being among the last regions on Earth to be settled and transformed by human activities. The human footprint is everywhere, even on remote islands. 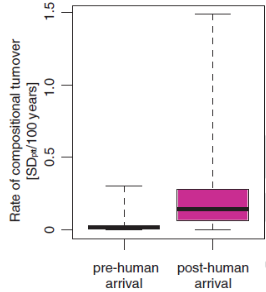 The change in rate of pollen turnover before (left, black) and after (right, purple) the recorded date of human settlement on 27 islands around the world
Foto/ill.:
Sandra Nogué et al.
Nogué et al. preprint 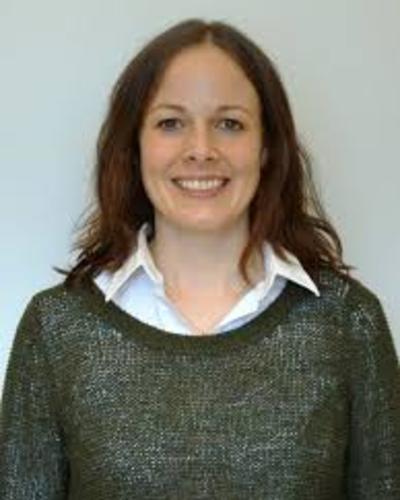 Forsker, on the HOPE project 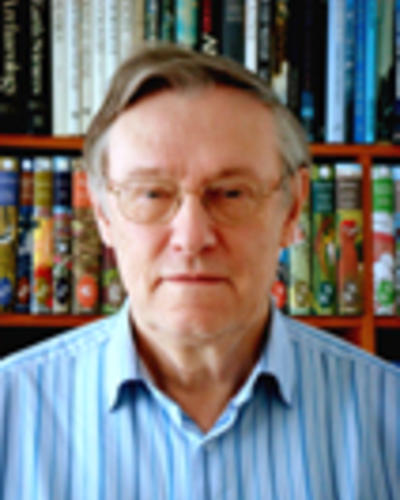