There has not been added a translated version of this content. You can either try searching or go to the "area" home page to see if you can find the information there
Letters from Taiwan

Researchers have only recently started to appreciate that what is commonly referred to as the largehead hairtail, Trichiurus lepturus, is actually several species. Prof. Hui-Yu Wang from the Institute of Oceanography, the National Taiwan University, is leading a project to figure out what is being fished in Taiwan and what is the population ecology of the main species. I have had the great opportunity of following this research, joining the field sampling as well as contributing little bit to the data analyses.

Sampling is done by visiting fishing ports where cutlassfish are landed. Researchers from NTU have agreements with some skippers to record specific capture location and dedicate part of the catch for research. In other cases, the researchers have to compete with other buyers to secure samples.

At the landing site, fish are ID'ed and tissue samples are taken for later genetic analysis. The fish are then shipped to NTU in Taipei for later analyses.

At NTU, fish are measured and weighed. Sex and maturity stage are determined by examining the gonads, and female gonads are preserved for measuring the egg size. Otoliths are extracted for age reading. Genetic markers are used to confirm the species identity (important for spotting an odd Trichiurus lepturus among the similar looking Trichiurus japonicus).

Cutlassfish, family Trichiuridae, is a group of pelagic and benthopelagic marine fishes witth global distribution. It contains some commercially important species, including the largehead hairtail, Trichiurus lepturus, which is in the top-10 of world capture statistics, and the black scabbardfish, Aphanopus carbo, which also occurs in Norway. 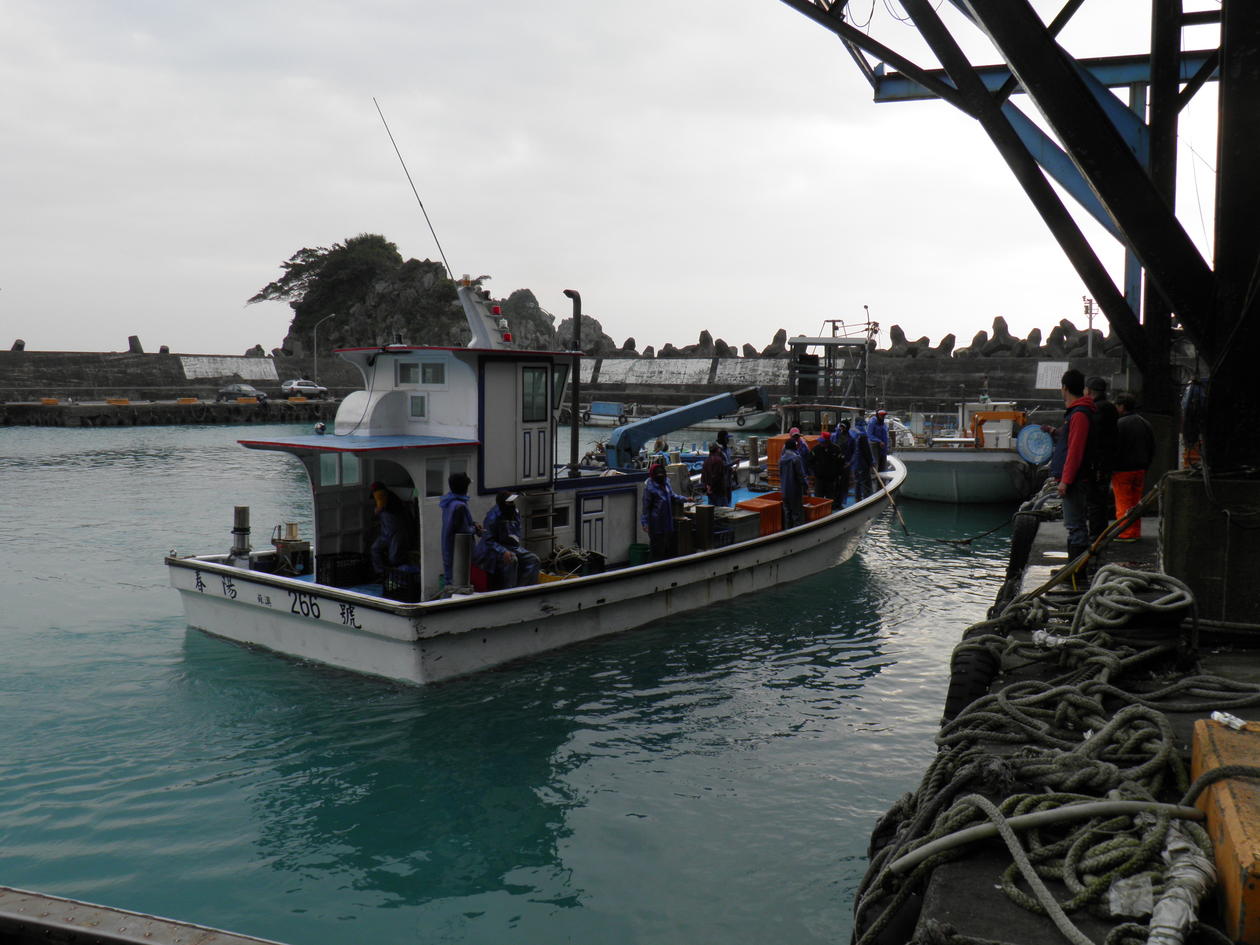 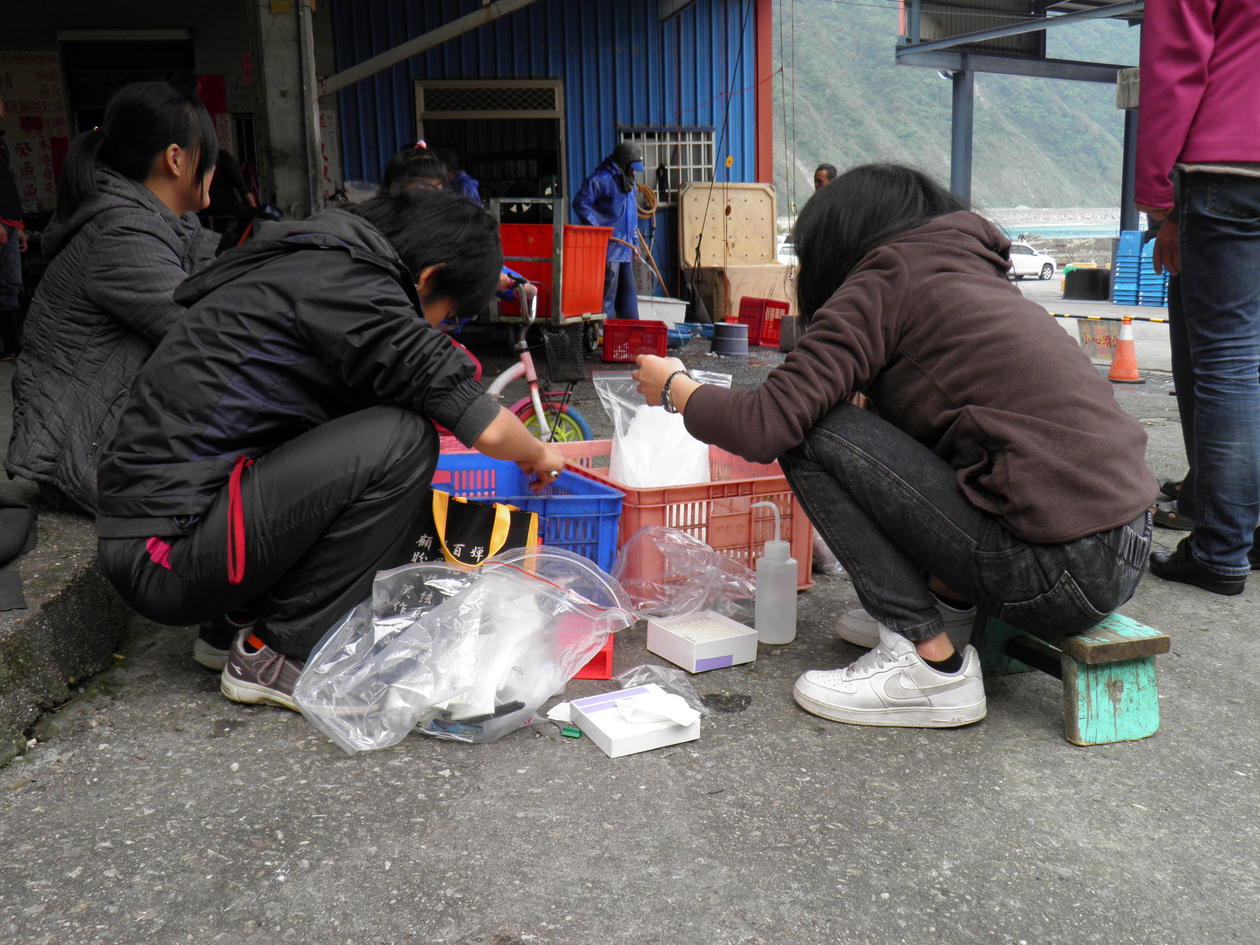 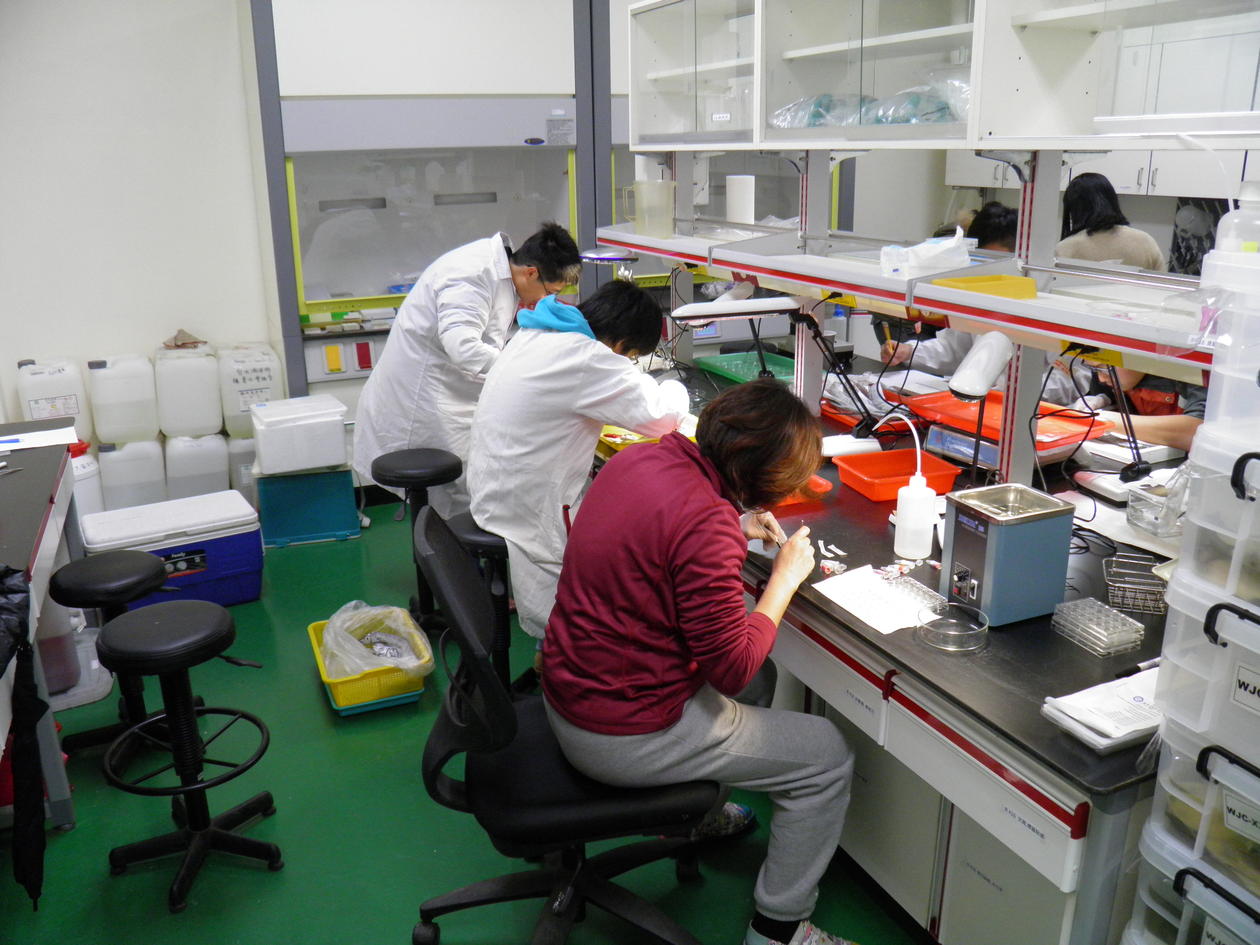 Sampling line at the laboratory in Taipei
Foto/ill.:
Mikko Heino 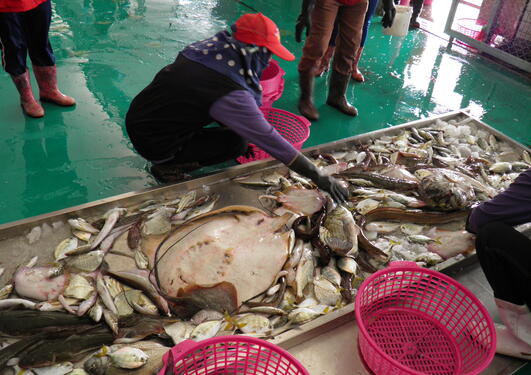