EvoFish has established a temporary outpost in Taiwan: I am spending the first half of my sabbatical at the Institute of Oceanography, the National Taiwan University, Taipei. This is the first in a series of travel letters from East Asia.

Drs. Hui-Yu Wang from NTU and Hsin-Ming Yeh from the Coastal and Offshore Resources Research Center of the Fisheries Research Institute are running a monitoring program of cutlassfish. Traditionally the commercially important cutlassfish have been treated as a single species, largehead hairtail (Trichiurus lepturus), featuring in the top-10 of FAO statistics. The bulk of these catches come from the coastal seas of East Asia. However, at least three Trichiurus species are important for Taiwanese fisheries, with T. lepturus not even being the most important one. The purpose of the monitoring program is to better understand the population ecology of these species and the relative importance of different cutlassfish species for the fishery.

The monitoring takes place through sampling of catches at different landing sites. We had a chance to join the sampling in early January near Kaohsiung in southern-western Taiwan. This was a great opportunity to observe how fisheries in Taiwan operate and admire the diversity of their catches.

The first site was 蚵仔寮 north of Kaohsiung. Here landings take place during the daytime. As is characteristic for coastal fisheries in Taiwan, this is a highly mixed fishery. Catches are often sorted at sea. Some of the catch may be discarded but markets accommodate lots of different species, and leftovers may also be landed for processing into fish feed. Hairtails were present, though not in big numbers (weather had not been suitable for targetting them). Otherwise, the catches were a good lesson in fish biodiversity. I saw my first-ever hammerhead shark - something that would have been more fun to observe in the wild. A curious detail was that the port of was completely devoid of seagulls. Instead, there were lots of egrets waiting for their share of the catch.

The  landing site doubles as a fish auction. This is run by a fisheries co-operative. In addition to capture fisheries catches, also aquaculture produce are on sale. The process was very orderly and tidy. The bidding process was new to me: the auctioner was calling the price, starting from a high price and then reducing it gradually, until a willing buyer was found.

The second landing site was Donggang, a small city half an hour south from Kaohsiung. This was a very different operation. Here landings take place during the night (so that the fish reach the retail market in the early morning), and sales occur without a middleman, directly between individual fishermen and buyers. Consequently, the procedure was less organized.

Also here the catches were highly diverse. But one species was familiar from the fishmarket in Bergen: a lone John Dory (Zeus faber) was waiting for a buyer in one of the baskets. Luckily there was also one bigger catch of cutlassfish, probably mostly Trichiurus japonicus, providing us with one good sample.

We also had a chance to quickly visit a third landing site (no cutlassfish expected, just for fun). Again, completely different setting: a small local fishery based on large set nets that target larger pelagic species such as sailfish and tunas. Fish are landed at fixed times every morning and evening. The quality of fish was superb as these nets are gentle to the fish and the distance to port was short. Many of the buyers were private people, instead of commercial buyers. 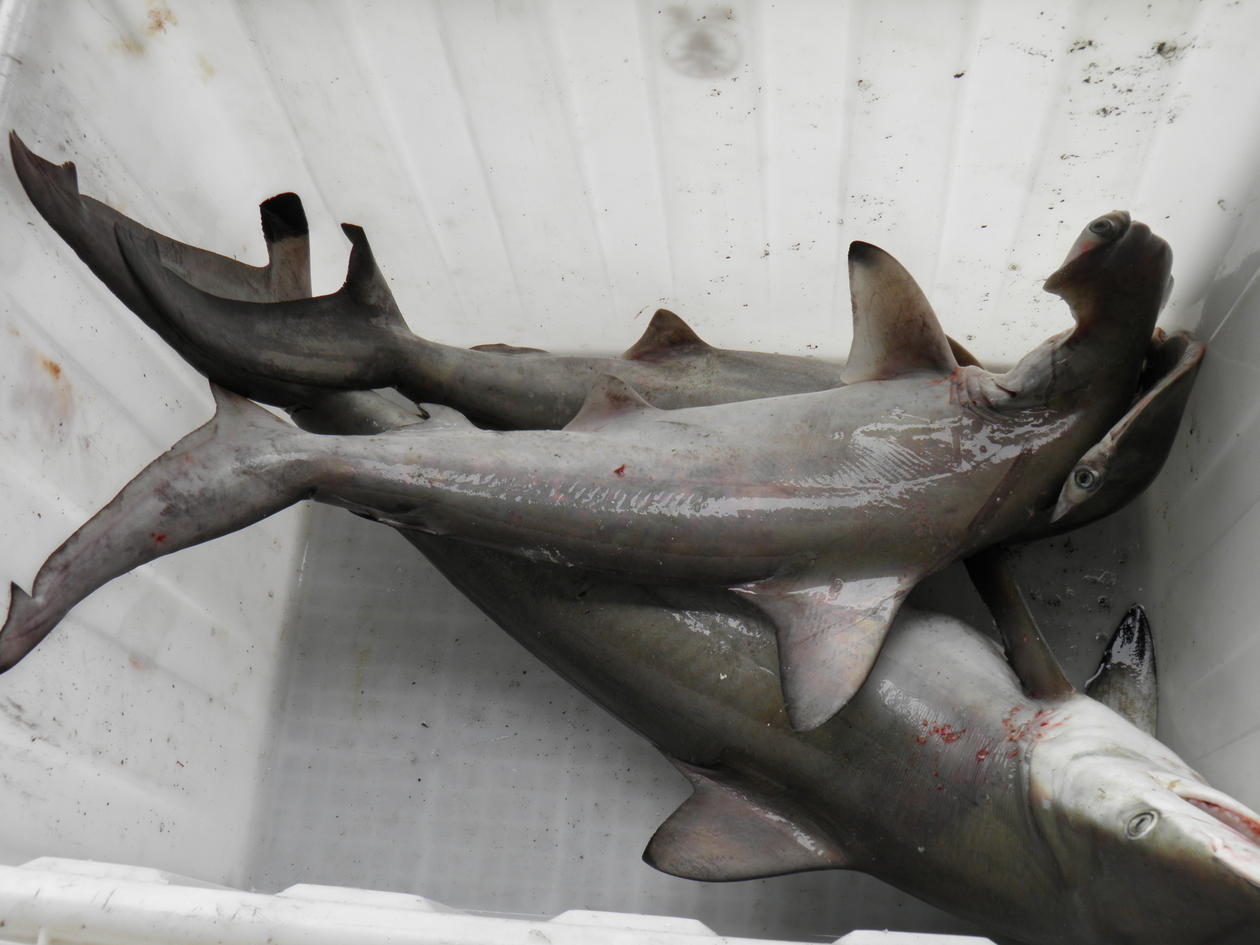 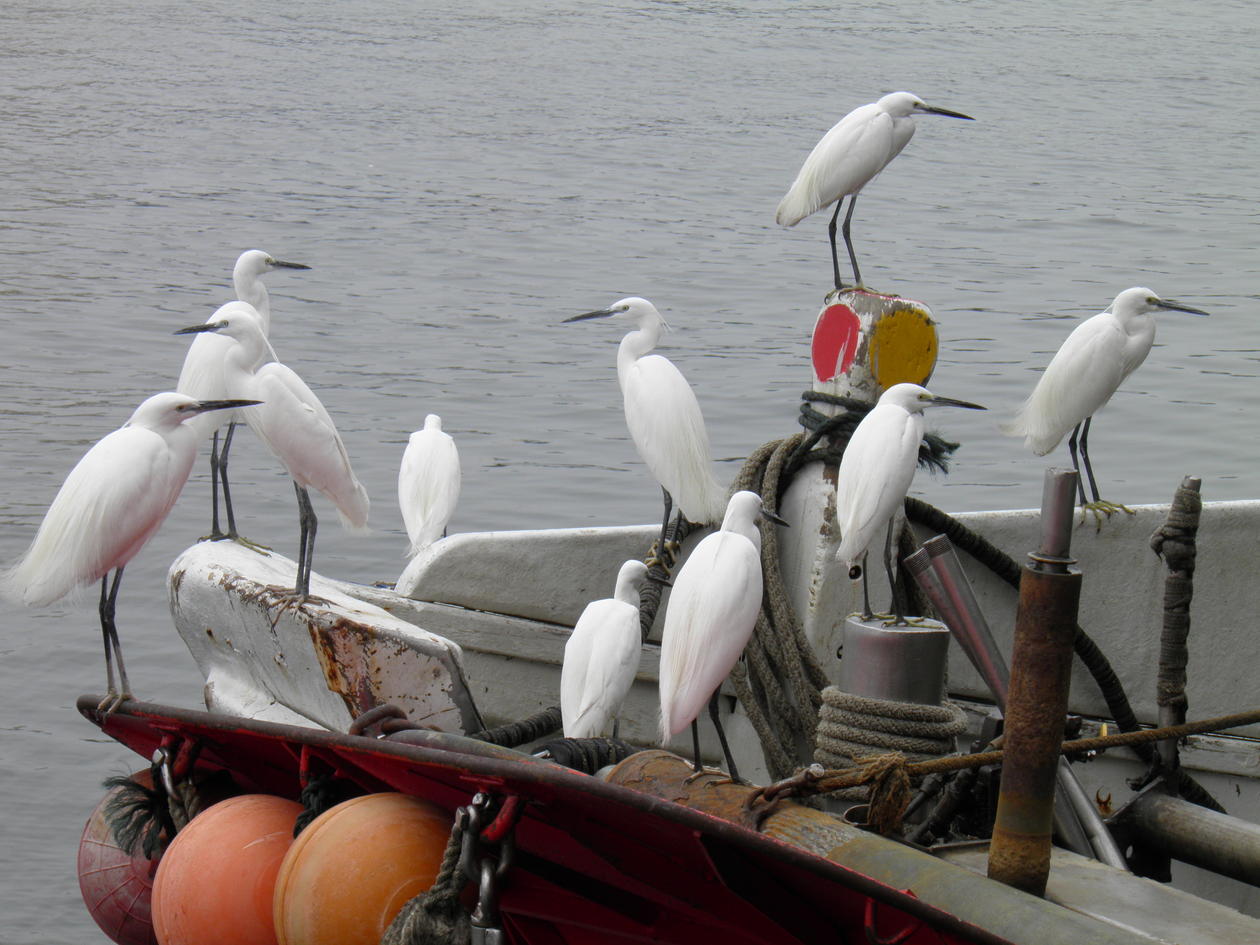 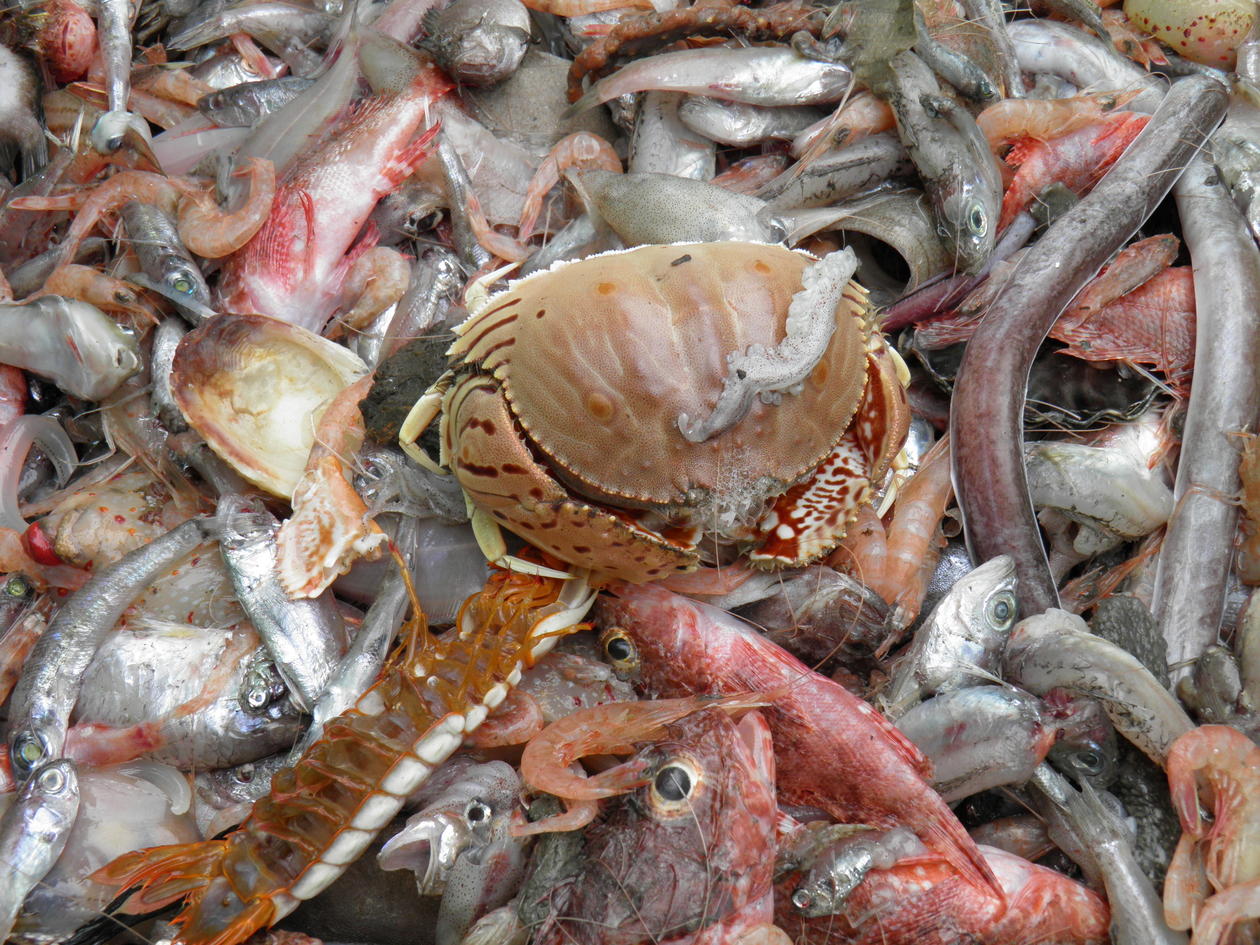 Mixed bottom trawl catch where commercially valuable species have been picked out. A box crab (Calappa sp.) on the top.
Photo:
Mikko Heino