Amany Selim: Being an Activist and Becoming a Refugee: Conflicting Subjectivities?

Now it has become more common to think of displacement as experienced differently across refugee groups belonging to different ethnicities, religions, classes, social statuses, or along gender. This experience is understood as relating to how life is managed and how people adapt to new situations in exile, but also how such a disruptive event may encourage displaced persons to draw on their identity to cope with its effects.  A stunning body of empirical literature has been growing on the experiences of displacement from various perspectives thanks to the refugee crisis which provided a new ideal context where new arguments could be raised and old ones revisited. In further attending to the diversity of this group and in capturing a wide range of experiences, this essay will focus on the experiences of political activists. This group refers to people who had been previously involved in political activism in their home countries prior to displacement. Assuming the existence of conflicting representations emerging from being a political activist, which is ascribed with a great deal of agency, and a refugee, often associated with disempowering representations, this essay looks more broadly at how activists cope with both identities, the imposed and unchosen refugee identity and the conscious political identity. It is further to explore how they renegotiate their position in the receiving context and how they navigate through institutional pressures, the humanitarian discourse, and camp life. It is important to theorize upon this encounter and transition, also where it remains largely unexplored and where, from the representations accompanied by each identity, there is expected to be a violent clash rendering it a case worthy of scholarly attention.

This question will be problematized by its reliance on some theoretical convergencies, mainly Agamben’s Homo Sacer and the theory of performativity developed by Butler. The essay seeks to contextualize aspects of Agamben's argument by looking at the camp as a means of control and the shifting role of the nation-state. On the other hand, Butler’s performativity will be used in building a performative understanding of refugeeness. While both theories will be used independently vis-à-vis the available empirical data, they are complementary in some respects. While Agamben’s account does not take agency into consideration, Butler brings agency to the center of her theory, leaving a room for shaping different agential modalities.

The purpose of using Butler’s theory is not to draw parallels to the construction of refugeeness among political activists. This particular aspect, although limited to refugees in general and not political activists with a refugee background in particular, has been examined before, especially as to showing how refugeeness is constructed from above. Research reveals how the life of refugees is shaped and moulded through a constellation of governmental, non-governmental, and international actors as well as their intricate regimes, which follow a normative agenda to achieve certain outcomes in terms of unproblematizing the presence of refugees and mitigating its effects. Studies following this strand, but accommodating Butler’s theory more concretely in theorizing refugeeness, are only a few, also when it applies to political activists. More generally, the literature approaches this institutionalized world of refugees through discussing aid dependency and humanitarian and material representations.  Closely linked to this are also the analyses tracing the discursive and bureaucratic emergence of the refugee which is slowly assuming a political character in subjugating refugees to further controls and justifying securitizing and disempowering approaches to dealing with them.

Thus, this essay does not strive to add to this body of literature in this way as to exploring how refugeeness is internalized by political activists, as much as it is interested in observing how it is resisted and subverted by this group of people in a context where political activism as a source of identification comes to be jostled by another category in labeling them. In this sense, the theory of performativity is used as a point of departure in exploring the possibility of subverting this role associated with the refugee label among political activists and locating the mechanisms adopted in the process of subversion. In contexts where there is a strong rhetoric of integration and assimilative measures in place, and in line with what has been highlighted above in regard to refugeeness as top-down process, this essay deals with refugeeness as a given; a process already going on as underpinned by the existence of these very measures and macro asylum politics. It is contended that refugeeness as a process prescribing a favourable behaviour to be followed is met with a wide array of responses, ranging from total compliance to outright resistance. Due to their special situation as people previously involved in opposition and dissent, political activists are argued as likely to show more resistance to these impositions.

The structure of the essay will be as follows: I will engage in a substantive theoretical discussion on Agamben, demonstrating its relevancy to many situations across the refugee crisis based on a reinterpretation of his text. I argue that this is a sorely needed discussion in order to provide a proper understanding of how Agamben will be recontextualized, while engaging with the literature criticizing him. This will be followed by a section on Butler’s theory and how it can be connected to refugeeness by providing summaries on the literature using her and further adding to it in order to widen the set of situations in which refugeeness occurs. I will draw thereafter on one empirical case of a Syrian political activist I interviewed last year as part of my fieldwork for my master’s thesis in Berlin. This activist was involved, and continues to be, in what I would consider one of the most well-known and important Syrian political organizations in Germany which are actively against Assad. I am aware that a bigger empirical data is important to investigating such a question, but I am using the present case just to open up the question and sensitize us to the importance of political activism vis-à-vis refugeeness. Furthermore, I will examine subversion in two contexts/spaces: camps and charitable spaces. What is meant by charitable spaces are the organizations involved in refugee assistance and integration. People with a history of activism in their home countries are expected to get involved in these spaces as informed by their background. Temporally, subversion will be examined across two different phases: one when the activist had not yet been granted a refugee status, and the second when he already secured it.

The ultimate aim of this essay is to help with framing the subjects under investigation in my PhD thesis, namely political activists, and to learn about the challenges of their activism as practiced in post-displacement settings. It relates strongly to how activists perceive of their positionality as political activists working on homeland issues from afar. In this sense, the traditional schism of agency vs. structure is being revisited here in emphasizing the significance of political configurations in influencing the environment in which political activists operate and that issues of integration are of huge impact and relevance to the kind of work they are doing despite its seeming disconnectedness from the homeland context.

Read the full text below. 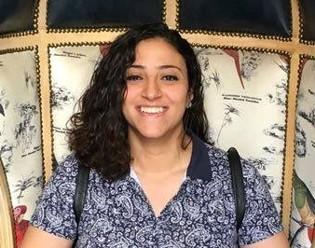