Artificial intelligence (AI) denotes a range of computational approaches that allows computers and programs to perform tasks that would normally require human intelligence. It is well known that AI can enable self-driving cars, phones you can talk to, and help recommend which movies you want to watch next. However, AI can also be used to advance basic science. In this seminar we describe a recent breakthrough in basic science achieved thanks to AI: AlphaFold, developed by Google’s sister company DeepMind provided a solution to one of the greatest challenges in molecular biology.

Proteins are key building blocks and tireless workers in all living cells. Proteins consist of chains of amino acids - the order of which is determined by their corresponding genes encoded in DNA. The human genome encodes ~20,200 different proteins.

Following careful experiments with the enzyme ribonuclease in the 1960s, the biochemist Christian B. Anfinsen discovered that the structure (and function) of a protein is determined by its amino acid sequence alone. This insight had tremendous impact on molecular biology at the time and became known as Anfinsen’s dogma. For this, he was awarded the Nobel Prize in Chemistry in 1972. This dogma has been at the basis of decades of research in the protein folding field ever since, attempting to predict protein structures from their amino acid sequence: ”the folding problem”

In this seminar we will describe how AI - and the use of deep learning - has been applied to the “folding problem” - and to a large extent solved it. We summarize some earlier approaches to the problem that give hints about what type of patterns most likely are captured by the networks enabling prediction.

The development of the AlphaFold approach by the DeepMind company illustrates the power of modern AI approaches but also illustrates that in many cases both deep domain knowledge and AI expertise is required to develop good solutions.

We also discuss how the arrival of AlphaFold and related methods revolutionize molecular biology and in particular structural biology and what avenues it will open for new insights and innovations. We discuss possible implications for biotechnological, medical, and synthetic biology projects and their possible impacts.

Nathalie Reuter is Professor at the Department of chemistry and Head of the Computational Biology Unit. Her research group makes use of computational approaches and generally aims at a better understanding of protein structures and dynamics, of relevance for drug discovery or protein engineering.

Inge Jonassen is Professor and Head of the Department of informatics. His research focuses on development and application of methods to discover patterns in molecular biology data.

The series provide a meeting point for all UiB colleagues and students whose research or educational interests coincide in themes related to artificial intelligence.

UiB has strong and internationally recognized research groups in fundamental and applied AI research in all its faculties. No other university in Norway has such a comprehensive competence in the fundaments and applications of AI.

UiB AI is established in order to coordinate and make visible all that is happening around AI at UiB, as well as to enable collaboration and contact with partners outside of UiB. 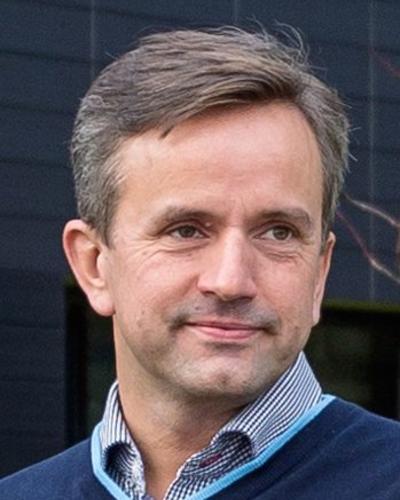