A love affair with Iceland

Ramona Harrison was born in Austria, educated in the US and is employed in Norway. But her academic heart belongs to Iceland.

Associate Professor Ramona Harrison, showcasing some of the animal skulls she conducts her research on.
Foto/ill.:
Joakim Dahl Haaland

– I first visited Iceland in 2003, and just fell in love with both the people and the incredible beauty of the place. Since then I've gone back every summer, except one, says Ramona Harrison, Associate Professor in Archaeology at the Department of Archaeology, History, Cultural Studies and Religion at the University of Bergen.

Her reasons for going back time after time hasn't just been the stunning scenery and the hospitable people who inhabit them, though. She's been going back to do field work.

– I’ve been very lucky to work in one particular area in Iceland. In the north-east, in a fjord system called Eyjafjörður. There I first started analyzing animal bones from a medieval trading site. Since then I have, together with others, worked on doing more regional research of the area, she tells us.

Harrison talks passionately about her work, and especially the field of zooarchaeology, which is particularly close to her heart. However, she also has other academic interests.

– I specialize in the analysis of animal bones from archaeological sites. But, I’m also an environmental archaeologist, so I want to know what the physical surroundings are, what kind of events caused the sites to form and subsequently be covered, and what that can tell us about the environment and climate of the past.

One such place, where she has worked extensively, is a site called Siglunes, part of a fjord system called Siglufjörður.

– It's a fishery site that’s eroding into the ocean because of increased climate change and therefore increased storminess and ocean wave activity. There we've found small booth structures, small fishing huts, where people came to do seasonal fishing. Currently I’m analyzing the remains, and because we have such perfect preservation there, we can say something about what kind of fish used to be caught there as well as processed. We even have enough materials to discuss what kind of fish filets were dried there. Some may very possibly have been the stockfish sold locally and internationally during the 13th and 14th centuries AD.

Harrison has been employed at the University of Bergen since October 2015, but her journey to Norway has been a long one. Born in a small mountain village in Austria, right on the border to Switzerland, Harrison has gotten used to long journeys. Luckily, she lists travelling as one of her main interests outside of academia.

– Whenever I go home, I have to fly in to Zürich (in Switzerland), and then take the train through Lichtenstein, to eventually get to my home town in Austria.

A home town and country Harrison left at an early stage, without quite knowing where her journey would take her.

– I left Austria when I was 19, to go to New York. I was only meant to stay there one year, but ended up staying for nineteen, she says, and continues:

– I ended up doing all of my university education in the US, but I had not set out to be an archaeologist.

Harrison first did liberal arts studies at a community college on Long Island for two years, before moving on to Hunter College at the City University of New York (CUNY) on Manhattan.

– That's where I first decided that I wanted to be a physical anthropologist, and then later zooarchaeologist. I got my PhD at the graduate center at CUNY, located across the street from the Empire State Building.

It was during her masters studies when she first started travelling to Iceland.

– I have a lot of freedom up there. To do research that people in a lot of other places just can’t do. I also have a very nice infrastructure behind me, especially the Archaeological Institute in Iceland (Fornleifastofnun Íslands).  Largely because of my former professor, Thomas McGovern, I have a really nice international collaborative group that I’m part of, who are very interested in continuing in Iceland, Harrison says, before having to affirm just one more time:

– But,... it is also incredibly beautiful, and that is my main goal. To work in a very nice place.

Having now moved to Bergen, even though it's not Iceland, she feels that last criterion has been fulfilled, and then some.

– I came to Bergen, just for a quick visit, two years prior to hearing about this job, and I just fell in love with it. It was one out of three cities where I decided I could just move to right away. So, I was lucky that this job offer came around. Coming here was almost like winning the lottery for me. I’m planning on staying for good.

– It is, and I've found that I’m very well connected here to my Icelandic colleagues, and to the Icelandic archaeological community, from Bergen.

Although she does describe some minor adaptation issues, moving from the US academic system, to something entirely different in Norway, Harrison considers the change a success.

– It's all worked out very nicely. I really feel that I'm in an incredibly supportive working environment. Not just from my colleagues in academia, but also the administration, so I’m very happy. I see a wonderful future here for me.

Before wrapping up, we give Harrison the chance to partake in that very popular exercise of modern Norwegian academics. Namely, justifying her own subject’s societal value. We ask her to finish the following sentence: Archaeology is important because:

– It is also academically important, because we learn to look at history in a different way. We learn more about the past, and we acknowledge that we only know as much as we know at that moment in time, Harrison concludes.

In this series of interviews we ask our employees about their work, and let them argue why their particular subject has societal value.

Lenker
Article in Science: Why did Greenland’s Vikings disappear?
Dokumenter 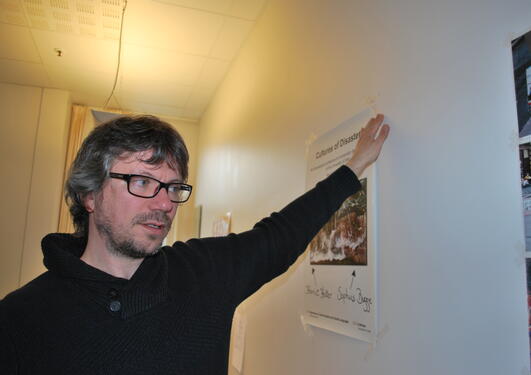 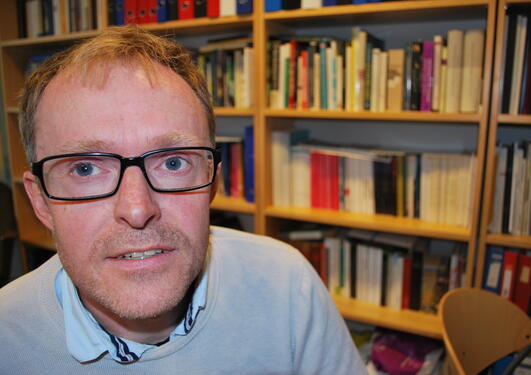 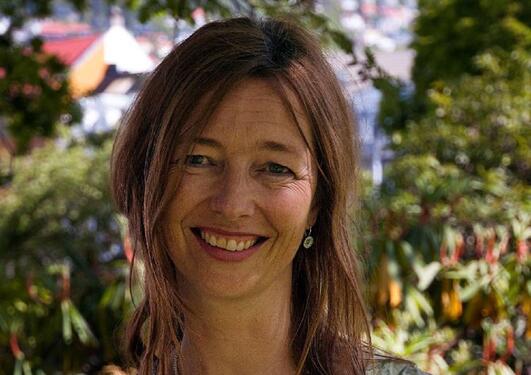