Balancing the past and the present. An ethnographic study of life in New Caledonia

All societies are in constant change. Even though an anthropological fieldwork may seem as a static study of a given time, one must take the dynamics of the society into consideration to make sense of it all. Every day and every action will generate unremarkable transitions that in the end will lead to new ways of thinking and living.

In this thesis, I seek to explore the everyday life of people living in a small tribu in New Caledonia – a French sui generis overseas territory in the southwest Pacific – and how they are affected by their surroundings. By studying the way people go about their daily doings, I aim to see the local processes in a larger, more global context. Activities like fishing, gardening and hunting became important parts of the research as these are all time-consuming occupations in the tribu that can be seen in relation to changes in the social, economic, political and environmental climate.

Among the indigenous people of New Caledonia, the Kanak people, custom is another important element that infiltrates most spheres of the society. The social relations among individuals as well as groups are organized around traditional systems of ceremonies, gift giving and reciprocity and can be seen as what Mauss (1925) describes as a total social phenomena.

As I took part in a larger project conducted by a French research institute (IRD), the environmental part of the study is related to the important mining industry that take place in New Caledonia. The place where I conducted my fieldwork lies in close proximity to a larger mining site and this locality became significant for the study of how people perceive their surroundings and the changes they live with on a daily basis. 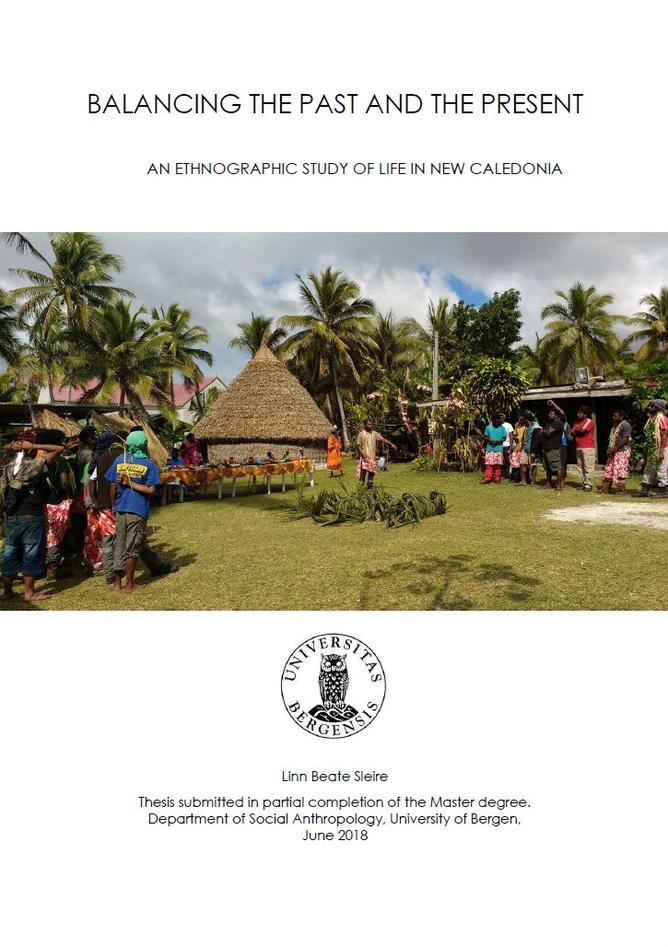