Award-winning critical researcher Janine R. Wedel will be the third to present in the series "Bergen Lectures in Critical Social and Political Inquiry" on 30 May 2012.

In her award-winning book Shadow Elite: How the World’s New Power Brokers Undermine Democracy, Government, and the Free Market (2009) Janine Wedel explores the hidden, shadowy ways  in which, in her view, today a small number of politically and economically powerful individuals employ their vast holdings of monetary and political capital to, she believes, deeply corrupt the American and international economic and political systems.

Governments and administrations come and go, but not so a new breed of power brokers, who always seem to pop up just where the action is. Wearing different hats, they press their agendas in venue after venue. According to award-winning public policy scholar and anthropologist Janine Wedel, these are the "shadow elite," the prime movers in a vexing new system of power and influence.

Wedel charts how these players make public decisions without public input —in realms from domestic to foreign and financial policy. Maneuvering through their many spheres of influence, they challenge both governments' rules of accountability and businesses' codes of competition, ultimately answering only to each other. From the Harvard economists who helped privatize post-Soviet Russia and the neoconservatives who helped privatize American foreign policy for thirty years (culminating with the debacle  that is Iraq) to many lesser-known global operators, these players flout once-sacrosanct boundaries between state and private, bureaucracy and  market. This new breed, unseen by most, is steadily gaining power.

Original and eye-opening, Shadow Elite gives us the tools we need to recognize these players and understand the new system—which we ignore at our peril.

She is the author of the award-winning Shadow Elite: How the World’s New Power Brokers Undermine Democracy, Government, and the Free Market (2009) and Collision and Collusion: The Strange Case of Western Aid to Eastern Europe (2001). Other books include Confronting Corruption: Building Accountability: Lessons from the World of International Development Advising (with Lloyd J. Dumas, 2010), The Unplanned Society (edited, annotated, and introductions, 1992), and The Private Poland: An Anthropologist Looks at Everyday Life (1986).

The lecture is introduced by  Professor Bruce Kapferer. A reception follows after the lecture and all are welcome! 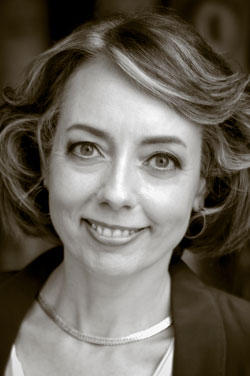