The prize to the best publication on basic research 2008 at the Faculty of Medicine and Dentistry was given to the paper: Identification of pharmacological chaperones as potential therapeutic agents to treat phenylketonuria

Angel L. Pey, Ming Ying and myself (Aurora Martinez) are from the research group Biorecognition (Department of Biomedicine).

The research
Phenylketonuria (PKU) is an inborn error of metabolism caused by mutations in phenylalanine hydroxylase (PAH). PKU is characterized by hyperphenylalaninemia which leads to mental retardation if untreated. Restriction of L-Phe intake by using artificial dietary formulations and early diagnosis through newborn screening tests has led to remarkable success in preventing the major manifestations of the disease, including mental retardation. However, lifetime dietary therapy is expensive as well as a social burden, and research for alternative therapies for PKU is encouraged. PKU research has a tradition in our Department, and Professor Torgeir Flatmark performed pioneer work on PAH and PKU associated mutations. In recent years in our group Biorecognition we have focused on the misfolding/destabilizing effect of PAH mutations as the pathogenetic mechanism in PKU, as well as on the stabilization of the mutant proteins by binding of the natural cofactor and pharmacological chaperones. These studies have further lead to the investigation of novel therapeutic approaches for correction of PKU and now more recently of other genetic misfolding diseases. These diseases are associated to mutant proteins -usually enzymes- which fail to reach their functional form and therefore cannot perform their biological function.

The results
A continuous motivation in our research is to contribute with our basic investigations into international collaborative setups of translational nature and work performed in our lab has been fundamental to initiate clinical studies to investigate the therapeutic potential of the natural cofactor of the enzyme (tetrahydrobiopterin; BH4) as a stabilizing natural ligand for PKU mutations. As a result, the use of BH4 supplementation in the treatment of mild PKU is well established in the clinic (see commentary in Pey and Martinez (2007) The Lancet 370, 462-463). The successful experience with BH4 was an incentive to further develop the concept of correcting misfolding mutations by other compounds for which no information is known a priori, such as small stabilizing ligands (pharmacological chaperones) found by high throughput screening (HTS). The most recent implementation of this concept has resulted in the detection of hit compounds for PKU correction, from which compounds III (3-amino-2-benzyl-7-nitro-4-(2-quinolyl)-1,2-dihydroisoquinolin-1-one) and IV (5,6-dimethyl-3-(4-methyl-2-pyridinyl)-2-thioxo-2,3-dihydrothieno[2,3-d]pyrimidin-4(1H)-one) were found to have a large stimulating effect of PAH activity in cellular and animal studies (This is the work presented in Pey et al. (2008) JCI).

Implications of the findings
During the last years, evidence has accumulated that many inherited diseases are caused by the enhanced tendency of mutant proteins to fail reaching its functional structure (misfolding). In these diseases, misfolded proteins are either rapidly degraded to avoid cellular damage, like in PKU, or form stable aggregates that are toxic to cells, like in amyloid diseases. For these misfolding diseases, compounds that aid the folding and/or increase the native-state stability of the proteins —pharmacological chaperones — could represent novel therapeutic agents.

The methods and technology
The JCI paper is the result of an integrated and translational scheme covering from analysis with purified human PAH to animal studies. The work resulted from a collaboration between our group in Bergen and the group of Javier Sancho at the University of Zaragoza, Spain. The animal studies also required the participation in the project of Beat Thöny and Tanja Scherer, at the Universitäts-Kinderkliniken Zürich, Switzerland. As already mentioned the work was inspired by the finding that supplementation with the natural cofactor BH4 stabilized PAH in vivo. We then elaborated the idea that other molecules might have an even larger “folding aid” and stabilizing effect on PAH mutants. Using a differential scanning fluorimetry assay (performed by Angel Pey at University of Zaragoza) we screened 1,000 chemicals from a commercially available library (Maybridge) to identify compounds that stabilize PAH. The functional potential of the positive “hits” was further assessed in Bergen by characterizing the effect on PAH stability and activity of PKU mutants by using a set of biophysical and biochemical methods (by Angel Pey). This work was followed by intense cellular and in vitro transcription-translation studies (by Ming Ying with help from Randi Svebak). Four compounds (I-IV) lead to increase in PAH synthesis and decrease in its degradation. Finally, to examine the pharmacokinetic profile of these compounds in vivo, we administered the most active in the preliminary cellular studies (compounds III and IV) orally to wild-type mice. Both compounds were able to stabilize PAH in the liver, increasing PAH activity and protein levels when given at doses 10-fold lower than used for BH4 supplementation.

Future plans with Compounds III-IV
We are planning to prepare combinations of the selected pharmacological chaperones, since our results suggest that each compound might have a slightly different molecular mechanism for the stabilization and might bind at different places in PAH. It appears that some might accelerate folding by binding to late intermediate states in the folding of the enzyme, while others might preferentially bind to the final folded native state. Searching for right combinations for each mutant might thus be important in a personalized-therapy context for a disease where more than 500 disease-causing PAH mutations have been described.

We have patented the use of compounds III-IV for PKU-therapy. The commercialization offices from UiB and university of Zaragoza have contacted some companies, but so far we have not got support for further optimization and preclinical and clinical trials despite the interest in our work from the medical press and scientific community. So it is difficult to mention any estimate of time for a possible clinical applicability of the compounds. At present we do not have the capacity to attempt the optimization of the compounds without external help.

Translating this research to other genetic diseases
The translational methodological set up that is described in the Pey et al. (2008) JCI paper can certainly be further developed into an efficient and generic approach that leads to the selection of patient-tailored personalized treatment to correct misfolding related diseases in general. We have acquired a compound library with 10000 compounds (from MyriaScreen) and the screening is running in our group, efficiently managed by Jarl Underhaug. In Biorecognition there is also expertise in computational structure biology (by Knut Teigen) that allows in silico screening and rational drug design, tasks that contribute to the experimental hit search and optimization.

In addition to PKU we are also interested in rare neurological disorders associated with mutations in tyrosine hydroxylase (homologous to PAH) and are investigating the potential use of pharmacological chaperones in these cases. Finally, we have initiated collaboration with groups working on genetic misfolding diseases and screening of pharmacological chaperones has been agreed upon and started for several proteins. One important collaboration is with Sverre Sandberg, Nasjonalt kompetansesenter for porfyrisykdommer, Haukeland Hospital, for studies with hydroxymethylbilane synthase (HMBS). Mutations in HMBS cause acute intermittent porphyria and we have already obtained very promising results.

Info on the group Biorecognition (https://www.uib.no/rg/biorec)

This work has been highlighted in: 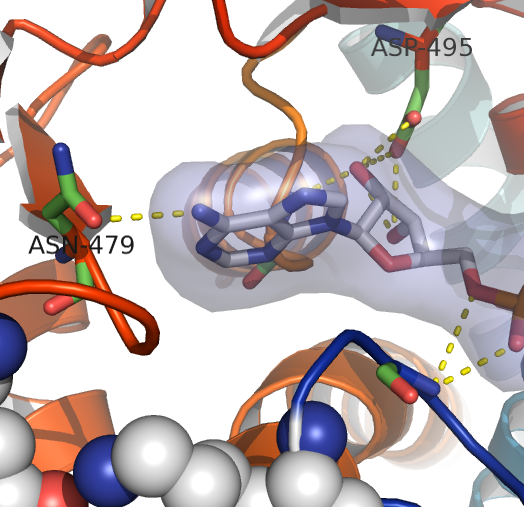