A decision to remove a child from the care of his or her parents is one of the most difficult and important interventions the state can make. A care order decision must therefore be in accordance with law and based on justifiable reasons. We expect the courts, as articulated in the United Nations convention on the rights of the child to make decisions that are in the best interest of the child. However, the use of this “best interest principle” as a guideline for legal decisions has in practice been problematic. The ambiguity of the principle, and how we decide the normative notion of “what is best” can challenge the courts ability to make rational and legitimate based decisions (Elster, 1989; Skivenes, 2010). By using a theoretical framework influenced by Habermas (1996) and Alexy (1989) that highlights decision-making as a deliberative process, I aim to explore how care order decisions are based and justified by different courts, and by different welfare states.

The empirical data used in the study consist of decisions made by the County Social Welfare Board (Fylkesnemnda) in Norway, decisions from the Family Proceedings Court in England, and decisions from the Administrative Courts in Finland. By comparing cases and argumentation across these three countries I hope to provide a better understanding of both the best interest principle as a guideline and the way Norway respond to risks for children.

The PhD-study is part of the project “Legitimacy and Fallibility in Child Welfare Services: A Cross-Country Study of Decision-Making”. The project is funded by the Norwegian Research Council (VAM), and lead by professor Marit Skivenes at the University of Bergen, in cooperation with researchers in England, Finland and the United States.

United Nations Convention on the Rights of the Child (1989). 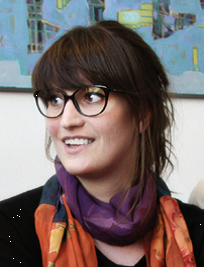