"I hope your mom gets cancer and dies!" An anthropological study of sociality within virtual worlds

Virtual worlds serve as new digital spaces in which humans interact with each other but also with the machines and mechanics on which the virtual worlds are built, creating new frameworks for sociality. By questioning how new players are welcomed in virtual world, this thesis aims to address the more all-encompassing question of whether or not virtual worlds are legitimate places of research, or if the sociality found in them are simply reproductions of real life constructed by game developers. While the study of virtual worlds has been around for quite a while, the specific study of sociality within virtual worlds is still in its early stages, leaving the topic of new gamers within virtual worlds seemingly untouched in previous studies. The findings presented in this thesis will give an overview of how some aspects of being new to a virtual world may be explained with anthropological theories of social structure and relations, the resistance of power, rituals and reciprocity. These topics have been explored within the online game Guild Wars 2 using participant observation, and semi-structured and informal interviews, as well as a research guild specifically created to get past the official account given by the general gamer population. Although a small contribution to the anthropological field of virtual worlds, this thesis suggests that virtual worlds are places worth studying considering the societies found within them are more impacted by the gamers who inhabit them than by the digital structure on which they are built. 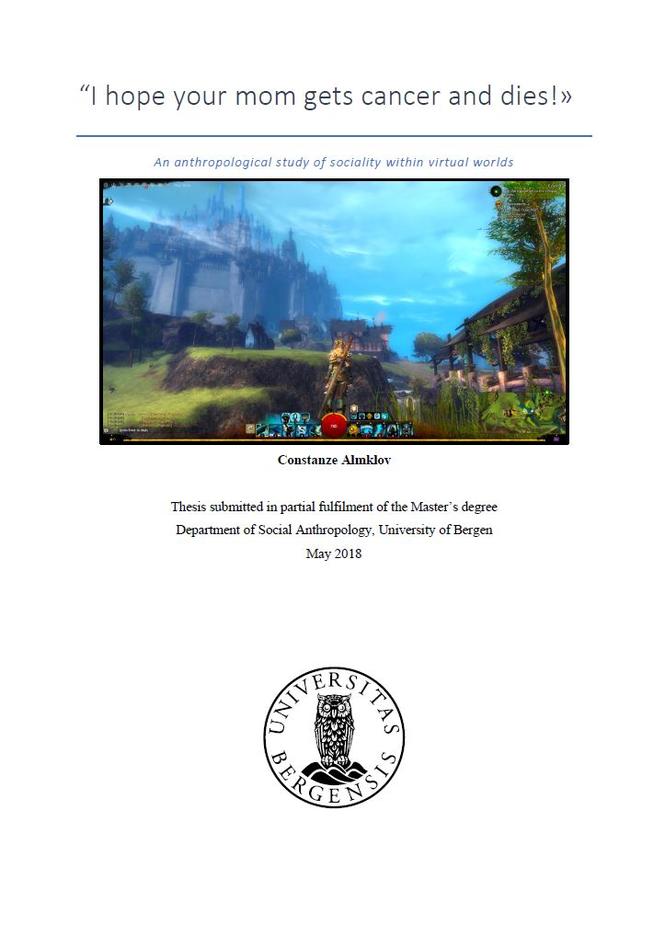