There has not been added a translated version of this content. You can either try searching or go to the "area" home page to see if you can find the information there
the fredrik barth memorial lecture

Students, anthropologists and other invited guests had found their way to attend the Fredrik Barth Memorial Lecture 2018, held by Dr. Michael W. Scott.

Dr. Michael W. Scott, this year's lecturer, and Prof. Olaf Smedal in front of the founder of the Department of Social Anthropology in Bergen, Fredrik Barth.
Foto/ill.:
Nina B. Dahl

In his introduction to this year's lecturer, Dr. Michael W. Scott from The London School of Economics, Smedal touched upon similarities between the two scholars:

– Today’s speaker and Fredrik Barth have a couple of things in common. One of them is that they are both graduates of Chicago University: Barth with a Master’s degree; Dr Scott with a doctoral degree. What they also have in common is a strong sense of curiosity, coupled with a high degree of perceptiveness. For an anthropologist, this is a fortunate combination, Smedal said.

Transforming Temporalities in Melanesia and Anthropology

Another trait Dr. Scott has in common with Prof. Barth is theory building grounded in detailed ethnography. The focal point in which Dr. Scott has returned to again and again throughout his career is the cultural area of the Arosi in Melanesia. This rural postcolonial society has experienced a series of transformations, and Scott has focused on developing analyses of indigenous cosmologies.

In his lecture, Scott drew upon Barth's comparison between the way anthropologists write about cultural others and the way they write about themselves. Guiding the audience through transforming cosmologies and illuminating ethnography, Dr. Scott's lecture aimed to get temporality right by staging a comparison between the thing the Arosi people of Solomon Islands call kastom profesi (traditional prophecy) and contemporary discourses about prophecy in anthropology.

After the lecture students, staff and the guest of honour was invited to share refreshments and anthropological queries at Muntlig.

We are grateful to Dr. Michael W. Scott for giving The Fredrik Barth Memorial Lecture 2018, and everyone who attended! 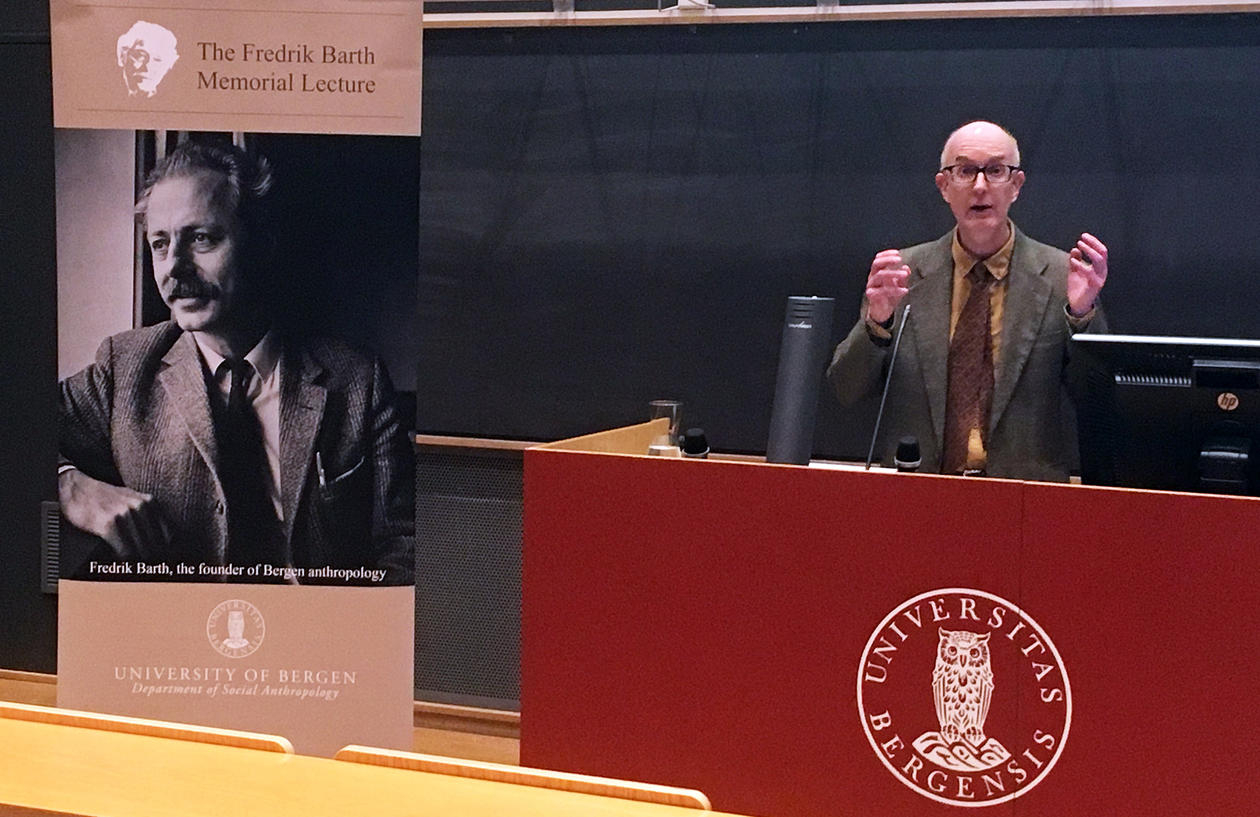 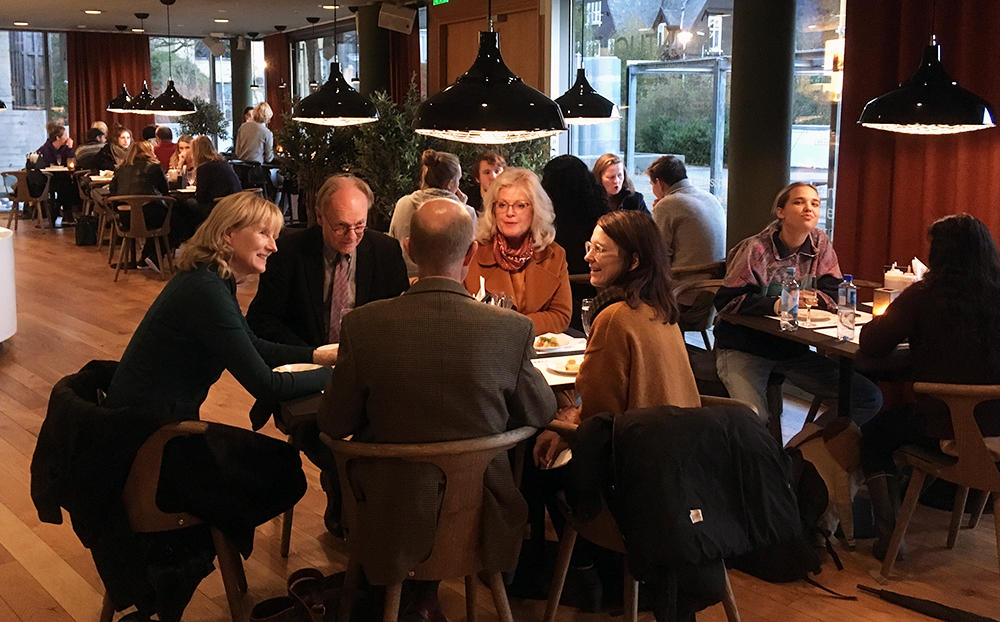 Anthropologists and students engaged in more or less in-depth anthropological questions at Muntlig after the lecture.
Foto/ill.:
Nina B. Dahl 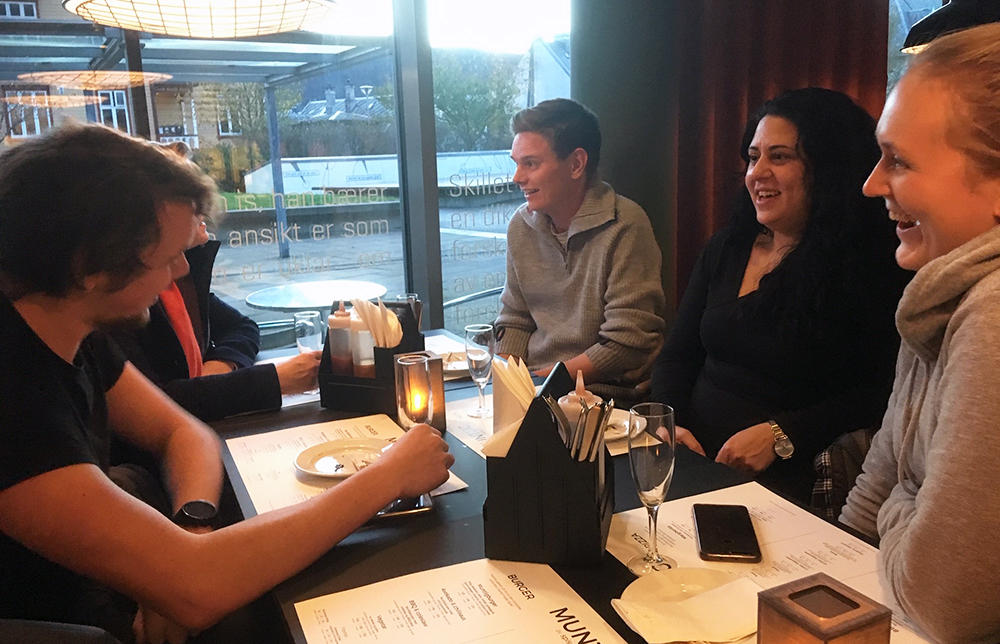 Many master's students attended the lecture.
Foto/ill.:
Nina B. Dahl