There has not been added a translated version of this content. You can either try searching or go to the "area" home page to see if you can find the information there
The Fredrik Barth Memorial Lecture

Celebrating Barth: On Home and identity in Southern Arabia

Students, anthropologists and other invited guests had found their way to attend the Fredrik Barth Memorial Lecture 2019, held by Dr. Mandana Limbert.

Dr. Mandana Limbert, this year's lecturer, in front of the founder of the Department of Social Anthropology in Bergen, Fredrik Barth.
Foto/ill.:
Isabelle Hugøy

In his introduction to this year's lecturer, Dr. Mandana Limbert from the City University of New York, Prof. Knudsen drew some comparisons between the two scholars:

- Barth and his wife Wikan also spent six weeks in the inland oasis township Bahla in 1974, from which Barth produced the publication Factors of Production, Economic Circulation, and Inequality in Inner Arabia. Bahla is the very township where Dr. Limbert has pursued fieldwork from the mid-1990s onwards.

In a couple of her articles Dr. Limbert also engages directly with the text Barth wrote about Bahla, Prof. Knudsen continued.

- While both scholars focus on infrastructure, water, and dates, their approaches are distinctively different. Whereas Barth’s concern is to map the factors and means of production, Dr. Limbert aims to explore discourses and perceptions, sensory regimes and memories.

On arabness and nationhood

Another strand in Dr. Limbert's ongoing research traces changing notions of Arabness in the course of the 20th century. For those who know their Barth, this resonates of course with his agenda in the monograph Sohar where he sets out to describe and analyse the dynamics of cultural pluralism in Sohar.

In her lecture, Dr. Limbert explored the fundamental notions of political home and identity, “nation” and “Arabness,” as they transformed over the course of the 20th century. These concepts are central to Oman's nation building, yet they have been taken for granted, she contended and asked: how are concepts sustained and how do they shift?

After the lecture students, staff and the guest of honour were invited to share refreshments and anthropological queries.

We are grateful to Dr. Mandana Limbert for giving The Fredrik Barth Memorial Lecture 2019, and everyone who attended! 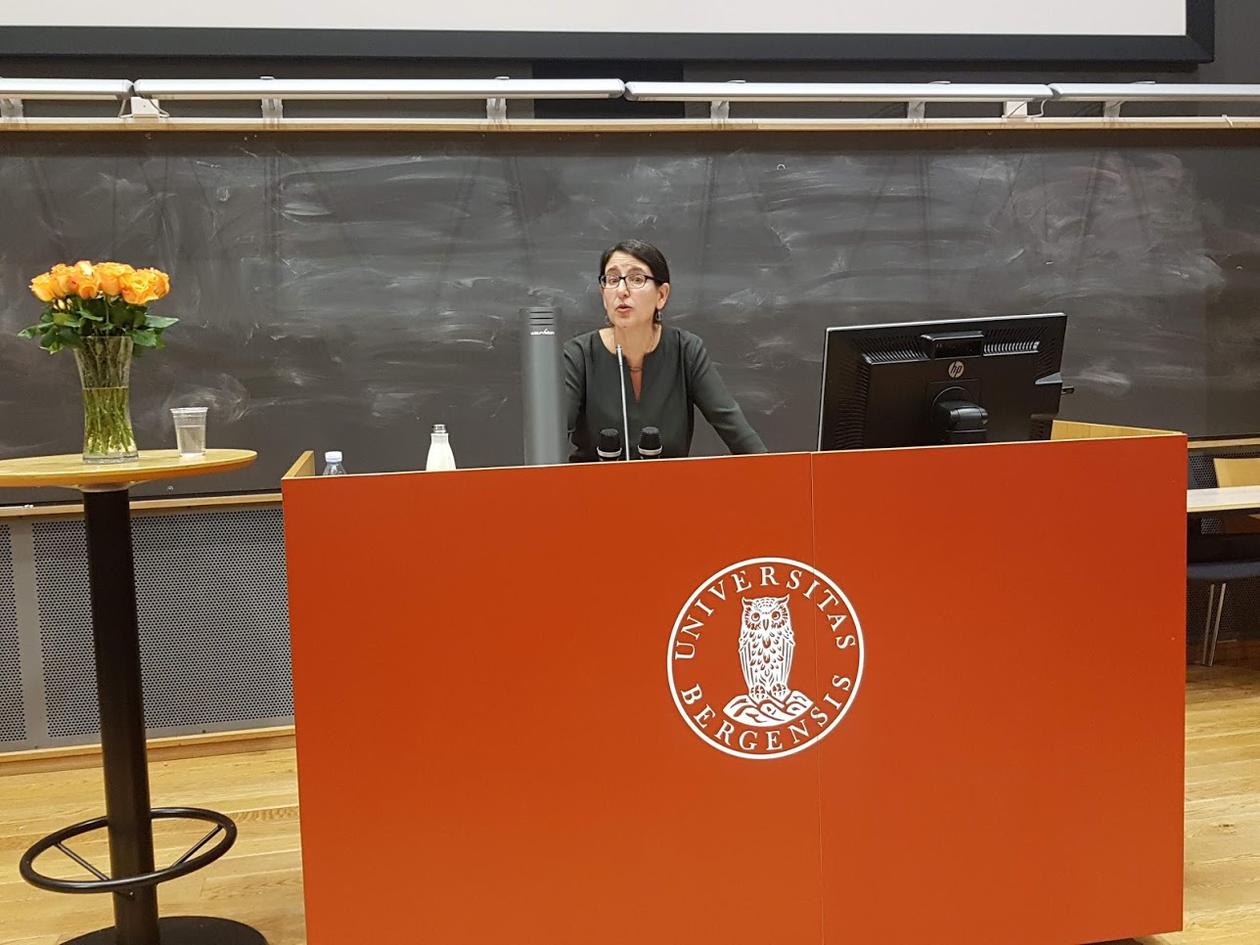 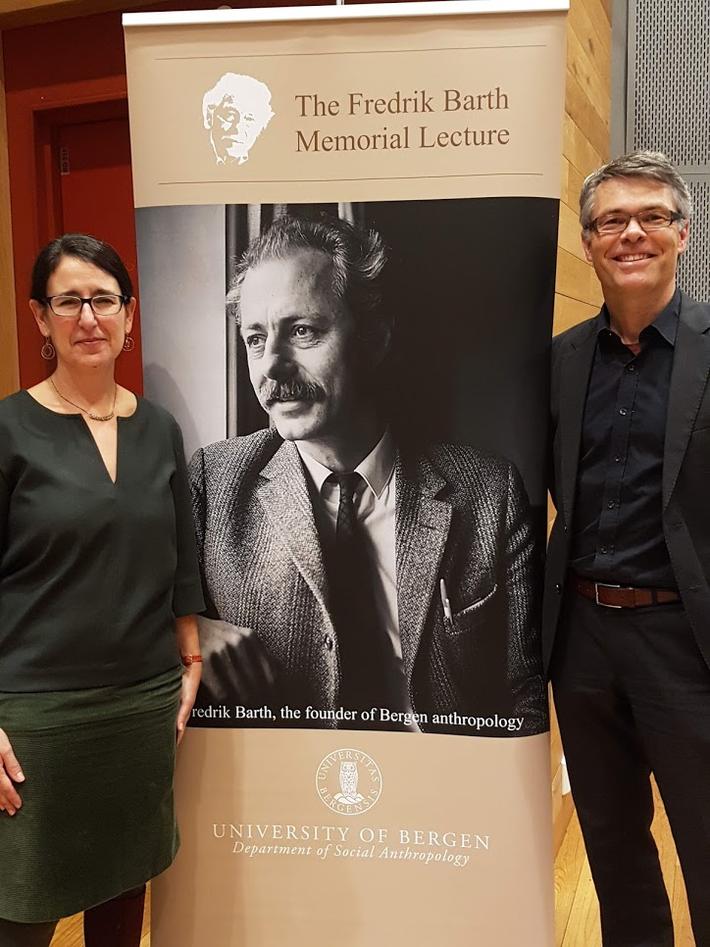