Robert D. Putnam is Malkin Professor of Public Policy at Harvard University, and Visiting Professor, University of Manchester (UK).  He is a member of the National Academy of Sciences, the British Academy, the American Philosophical Society, and the American Academy of Arts and Sciences, and past president of the American Political Science Association.  He was the 2006 recipient of the Skytte Prize and has served as an adviser to presidents and national leaders around the world. He has written more than a dozen books, including Bowling Alone and Making Democracy Work, both among the most cited publications in the social sciences in the last half century. The London Sunday Times has called him “the most influential academic in the world today.” Putnam’s most recent book, American Grace: How Religion Divides and Unites Us, co-authored with David Campbell of Notre Dame, focuses on the role of religion in American public life. American Grace is a major achievement in the study of America’s religious landscape, and has received advance praise from notable academic, literary, and civic leaders around the world. The title for his lecture is “Does religion foster or undermine democracy in America? “ 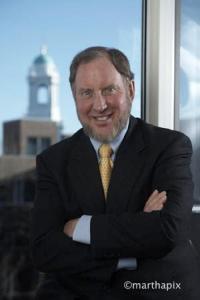