30-60% of nursing home patients experience pain every day
Neuropsychiatric symptoms (NPS) can be distressing for both patients and caregivers and are often the main reason for admission to a nursing home. Patients in nursing homes often suffer from pain, with 30-60% experiencing pain on a daily basis.

Research has demonstrated that pain in people with dementia can act as a trigger for neuropsychiatric symptoms such as agitation and depression. The relationship between pain and psychosis symptoms however, is less well studied.  Psychosis symptoms include delusion and hallucinations, and the impact of pain treatment on these symptoms have previously not been investigated.

A recommended treatment option for pain are opiod pain relievers. Yet, some physicians are reluctant to prescribe these drugs due to fear of possible side-effects, for example delirium, which is difficult to distinguish from NPS of dementia.

The results are based on secondary analyses from a cluster-randomised controlled trial (RCT) including 352 patients with advanced dementia and agitation from 18 nursing homes in Western Norway. The intervention group received pain treatment according to a stepwise protocol for treating pain. It is the first RCT investigating the effect of pain treatment on symptoms of psychosis.

Pain treatment led to less agitation
Pain was associated with disinhibition and irritability at baseline. Pain treatment reduced agitation and aberrant motor behaviour. The results are largely in line with previous findings, though the association between pain and aberrant motor behaviour is an interesting new finding. Psychosis symptoms in general and delusion in particular, was reduced in people with at least one symptom at baseline.

These findings which indicates that pain and psychosis symptoms can be related, are important and should be investigated further in future studies. The generalizability of the findings for the entire nursing home population are however limited as the study population are people with dementia and behavioural disturbances. The use of opioid pain relievers did not increase psychotic symptoms.

Proper pain treatment, including opiod pain relievers, is needed
Pain seems to be an underlying cause of psychosis and especially delusion. In addition, pain seems to be an underlying cause of agitation, such as aberrant motor behaviour. Thus, proper pain assessment is needed when treating these symptoms in people with dementia. The use of opioid pain relievers does not seem to increase the prevalence of delusion and hallucination; therefore, the reluctance to use them may not necessarily be to the benefit of the patient. 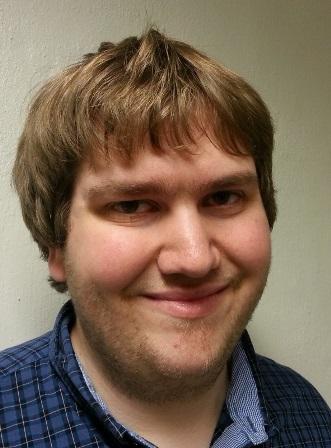 Research track student Torstein Frugård Habiger is the first author of this study.