In Praise of Skepticism: Trust but Verify

Under what conditions do citizens make accurate judgements of trustworthy agents?

Every day we read about people who are credulously gullible towards untrustworthy agents. They gave their lifesavings to phone scam swindlers, they invested their faith and hopes in demagogues and they voted for completely unreliable politicians. Other times, people just don’t trust the most trustworthy leader of them all. They are cynical and don’t trust what they see, even though the person in front of them is someone they can rely on.

Understanding in these trust issues is important since trust judgements are thought to be vital for broader processes facilitating social cooperation, market economies, liberal democracy, and global governance. Erosion of political trust is thus commonly regarded with deep alarm and concern.  In liberal democracies, we are supposed to get rid of corrupt leaders through the vote, but what if we have simply stopped doing that in our ‘post-truth’ era?

In this seminar, Pippa Norris presents her new typology of trust and explains why different patterns of trust are empirically identifiable in different types of regimes.

PIPPA NORRIS (born in 1953 in London) holds a Bachelor of arts in politics and philosophy from Warwick University, as well as a masters and doctoral degree in politics from the London School of Economics. Prior to joining Harvard in 1993, she taught Politics at Edinburgh University. She is Professor of Government and International Relations at the University of Sydney, the Paul F. McGuire Lecturer in Comparative Politics at the John F. Kennedy School of Government, Harvard University, and Director of the Electoral Integrity Project and Co-Director of the TrustGov Project.

Her research compares public opinion and elections, political institutions and cultures, gender politics, and political communications in many countries worldwide.  She is ranked the 5th most cited political scientist worldwide, according to Google scholar.

In 2012 she established the Electoral Integrity Project, an independent research project. She directs the research team based at the University of Sydney and Harvard's Kennedy School of Government. The project focuses on why elections fail, why this matters, and what can be done to strengthen integrity. EIP works with researchers in Mexico, Russia and India, as well as with international agencies including UN women, UNDP, the OSCE and EU.

Following the presentation a panel of both young and established scholars will provide comments from their area of expertise:

Lise Rakner will chair the event. 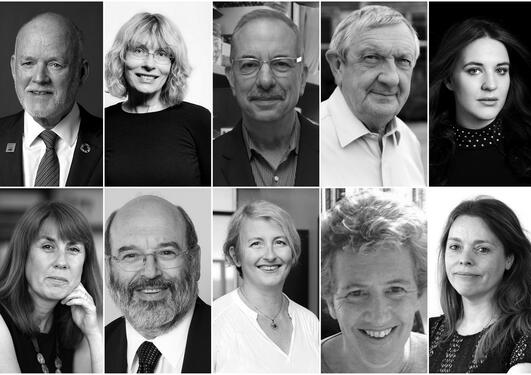