Svalbard has experienced warming of 4°C the last 50 years

Since 1971 Svalbard has experienced a winter warming of 7°C. This has caused major changes, and there is an urgent need to plan for the future, states the new “Climate in Svalbard 2100” report.

SVALBARD IS WARMING: Temperatures on the arctic island Svalbard have been on the rise since the 1970s. The temperature will keep rising, reaching 7 to 10 degrees Celsius for the nesxt 80 years, should the world emit medium to high amounts of greenhouse gas.
Photo:
Andy Brunner, Unsplash

The report “Climate in Svalbard 2100” will be launched on February 4th at a public meeting in Longyearbyen. The new report gathers existing literature on observed changes and projected changes up to year 2100, as well as novel analyses and model results on climate change effects at Svalbard.

Climate changes, both observed and projected for this century are severe for Svalbard, with direct consequences for the settlement in Longyearbyen and Ny-Ålesund.

"Climate change has consequences for the risks for several types of landslides and avalanches, for flooding and for coastal erosion. Changes certainly also have affected the ecosystems, though such consequences are not studied in this report", the head of the Norwegian Centre for Climate Services, Inger Hanssen-Bauer says.

Greenhouse gas emission scenarios provide an estimate on greenhouse gasses emitted by human activity to the atmosphere. Under medium to high scenarios, the annual mean air temperature on Svalbard is projected to increase by 7 ºC to 10 ºC by the end of this century.

The annual precipitation for Svalbard is projected to increase by 45% to 65%. Events with heavy rainfall will be more intense and occur more frequently. As temperature is crossing the freezing-point, precipitation will more often fall in form of rain instead of snow. This will lead to increased rain-floods and increased combined snowmelt-, glacier melt- and rain-floods. Also near-surface permafrost is projected to thaw in coastal and low altitude areas this will lead to more erosion and sediment transport.

"This is a very extreme warming leading to completely different climatic conditions on Svalbard. The report draws a very pessimistic picture. However, we should remember that these dramatic consequences can be reduced if we manage to make a transition to an economy with less greenhouse gas emissions and if all countries may eventually follow the Paris agreement," says Stephanie Mayer, researcher in NORCE and the Bjerknes Centre for Climate Research. Mayer is one of six editors of the report and is also a key researcher in the Norwegian Centre for Climate Services.

"Winter warms four to five times as fast as summer. We have roughly lost about two months of winter on Svalbard since the 1970’s. If we carry on with business as usual, we will lose two months more before 2100," says Lars Henrik Smedsrud, professor in polar oceanography.

Since 1979 the Arctic sea ice extent has declined by nearly12 % per decade. The most pronounced winter reduction is observed in the Svalbard and Barents Sea area. Apart from the area north east of Svalbard, the sea ice is no longer surrounding the Svalbard islands today.

According to Professor Asgeir Sorteberg, also one of the six editors, the temperature rise and climate changes already observed at Svalbard are partly caused by the retreating sea ice.

"The ice edge has moved quickly. As Svalbard now is almost out of the ice, the temperature will most likely not rise as quickly as we have seen until now," Sorteberg explains.

Under a high emission scenario, Svalbard is projected to a temperature rise of 10°C at the end of the century. Even if we already have experienced severe temperature rise, it will probably not continue to rise with the same rate, due to the fact that the sea ice already has retreated."

The sea ice is a sensitive component of the climate system in the Arctic. It has an important impact especially with two effects. Sea ice has an insulating effect when reducing the heat exchange from the ocean to the atmosphere. With less sea ice during winter, more heat from the warm ocean is released to the air. During summer, more solar radiation is absorbed in the oceans where the sea ice is lost.

And why is the sea ice retreating in all?
"An answer to this question is a combination of reduced sea ice thickness due to global atmospheric warming and an increased effect of melting from the ocean below," says Anne Britt Sandø, scientist at the Institute of Marine Research and the Bjerknes Centre, and editor for chapter 8 Ocean.

This chapter describes how of the large-scale ocean circulation between the North Atlantic and the Arctic Ocean plays an important role for climates and sea ice the Arctic. This means warm Atlantic water continues from the Gulf Stream and stretched into the Arctic Ocean and the Barents Sea.

But also changes in the atmospheric circulation has brought warm Atlantic water onto the West Spitsbergen Shelf and further into the fjords, even during winter. The warm waters halts sea ice from forming and has opened up large areas of ice-free waters during winter.

"The contribution from stronger and warmer inflow of Atlantic water can help explain the additional observed warming on Svalbard. A part of the extra ocean heat might stem from natural climate variability, but the general warming is clearly related to greenhouse gas forcing," Lars Henrik Smedsrud explains.

A warmer atmosphere contains more water vapor which directly influences precipitation amounts. As the air warms, it is able to carry more moisture, and this is seen in observations of rain- and snowfall. The annual precipitation at Svalbard is increasing at all measurement stations.

"But the uncertainties on measurements of precipitation are high. When more precipitation falls as rain, it affects the observations. Rain is easier to collect than snow, as the snow in windy conditions tend to flow around the measurement bucket. This means that the undercatch in the measurements have changed systematically over time, making it difficult to assess the realism of the long-term trends at Svalbard," Asgeir Sorteberg explains.

Even with uncertainties, the scenarios for future precipitation at Svalbard are extreme, according to the editors.

For a medium to high scenario of future greenhouse gas emissions, the projections of annual rain- and snowfall is expected to increase by 45% to 65% by the end of the century. As the number of frost days is projected to be half of today, more precipitation will come as rain. Rainfall and warming events during winter time have already increased. More extreme rainfall is expected, both in intensity and in frequency.

A consequence of large rainstorms is avalanches and landslides causing damage to the local infrastructure. There have already been several incidents with heavy rainfall during mid-winter, causing damage to infrastructure. Snow avalanches are frequent in Svalbard and have caused several fatalities. In December 2015, two people died after an avalanche destroying ten houses in Longyearbyen. Both in November 2016 and December 2017 avalanches and landslides have reached the settlement in Longyearbyen.

The population at Svalbard is not more than 2300 people, but since tourism is growing, the number of people reaching out to the backcountry on both skis and snowmobiles is increasing.

Thawing permafrost is already causing damage and deformation of building foundations in Longyearbyen. The permafrost temperature records show a continuous increase in the upper layers of the ground. In most sites at Svalbard, there will still be permafrost below 5 m depth in the ground after 2100. But an increase in the depth of the active layer – the layer that continuously is freezing and thawing, is causing trouble for building and infrastructure foundations. As slopes are becoming more instable, the land masses are slowly moving downhill due to gravity.

Such changes in the ground needs to be taken properly into account when planning for houses and infrastructure.

The Climate in Svalbard 2100 report

Scenarios for Svalbard until 2100 under medium and high emission regimes: 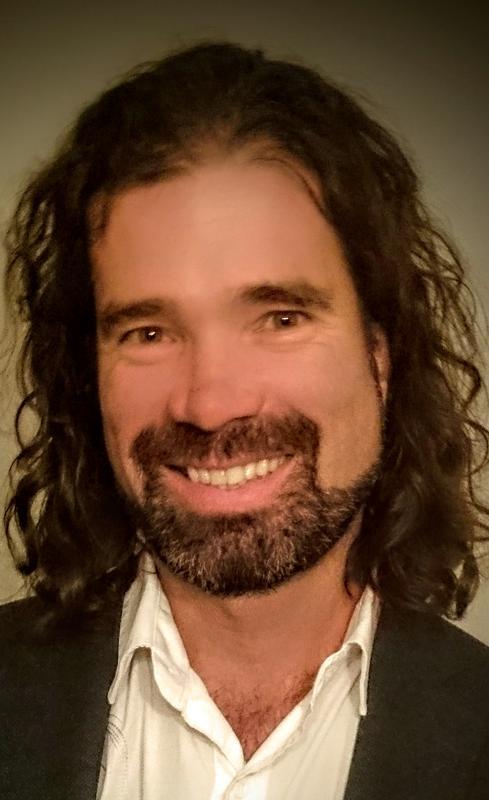 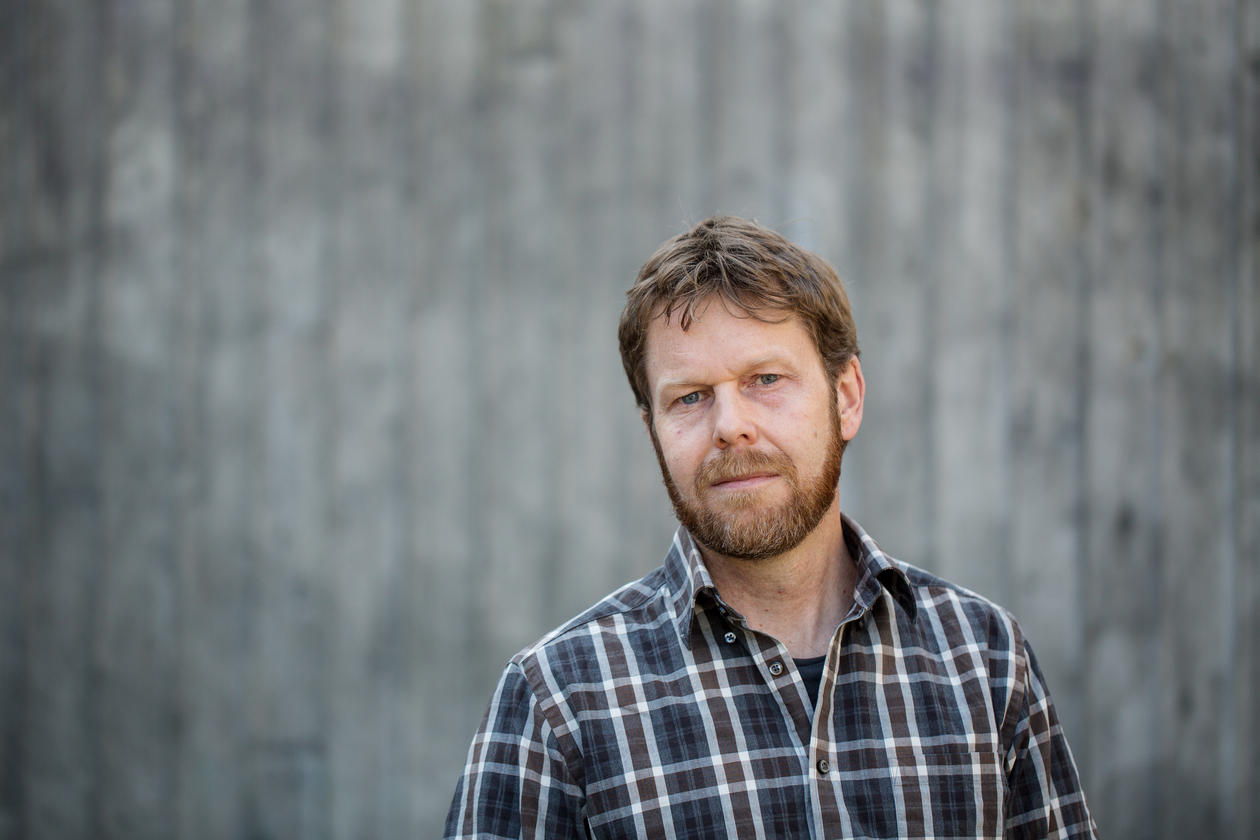