A deeper understanding of earthquakes

Little is known about what causes deep earthquakes, which occur down to depths of 670 kilometres below the Earth's surface. A newly published scientific article sheds more light on the earthquakes that have puzzled scientists for decades.

"When a tectonic plate plunges into Earth’s hot mantle, it heats up and deforms. During this process called subduction, the descending plate’s rocks undergo chemical reactions that release water and transform the rock’s minerals," Felix Halpaap explains.

Halpaap is a PhD student at the Department of Earth Science, at the University of Bergen, and has studied these deep earthquakes as part of his doctoral research.

While scientists know much about the earthquakes in the Earth's upper crust (down to 20 km depth), little is known about the deeper ones, and what causes them.

Halpaap is the lead author of an article published in Science Advances, which reports on work he carried out with colleagues from his department, as well as from Imperial College London and the University of Oslo.

Deep earthquakes are not really meant to happen at all.

"They occur at pressures and temperatures that are so high that rocks should behave like dough, and not break," Halpaap says.

Scientists have long believed that water is involved in the generation of the deep earthquakes. However, because good observations from depths below 20 km are very difficult to obtain, many scientists had to rely on experiments in the lab to understand deep earthquakes.

Studying earthquakes from 400 million years ago

Other scientists have looked at rocks that came back up to the Earth’s surface. A world-renowned site for such rocks sits just north of Bergen, on the island of Holsnøy.

"In these rocks, we can see what happened at depths of 60 kilometres, about 400 million years ago: how water forced its way through these rocks and how earthquakes occurred," the researcher explains.

The same events happen today, around the Pacific "ring of fire", and below Greece. Halpaap and his colleagues wanted to find out how and precisely where these earthquakes occur within the descending plates. They deployed instruments across western Greece to record earthquakes and used novel methods to map the descending plate and locate the earthquakes. In the process, they faced a new mystery.

The mystery of earthquake nests

"It was a big surprise when we found that earthquakes did not only occur in the descending plate, but also in “nests” in the mantle above the plate – where rocks do not release water," says the researcher.

Such nests of mantle earthquakes are rarely seen in subduction zones worldwide, but similar features have been documented in New Zealand, Japan and the Caribbean. All the nests shared the same traits, he explains.

"The nests occur at 40 – 60 kilometres depth and all sites show that a piece of the descending plate, right next to the nests, is completely free of earthquakes."

To solve this mystery, Halpaap and his team teamed up with scientists from Imperial College London. They ran simulations that show how the plate heats up, and where it releases water below Greece. Now, they found out what really happens at these sites.

Tracking water in a descending plate

"Within the descending plate, water flows back up toward the surface and causes earthquakes along its way up. Usually, the water is trapped below the top of the plate by a tight seal, but not at the earthquake nests”, the PhD student explains.

At the nests, the seal is locally broken, creating a vent through which water escapes from the plate. On its way out, the water can cause major earthquakes. Because the plate is drained of water at these vents, a piece of the plate just upward from the vent is left completely dry and therefore free of any earthquakes.

"These results, together with the rocks from Holsnøy, help us to better understand how water causes deep earthquakes. More importantly, they show that we can use earthquakes to track where water flows through a plate deep within the Earth," says Halpaap.

"In time, this information may be used to identify regions where large recurring earthquakes will likely happen," he adds.

Photograph of a an outcrop on the island of Holsnøy, north of Bergen. The light grey sheet of rock on the bottom right hand side of the camera lense cap is a so-called pseudotachylite, which was generated by an earthquake at more than 60 km depth. Due to the shear deformation during the earthquake, the rock was locally heated up to a temperature where it melted. Afterwards, it quickly cooled into a glass-like material. The pseudotachylites on Holsnøy were formed during a mountain-building process about 400 million years ago. 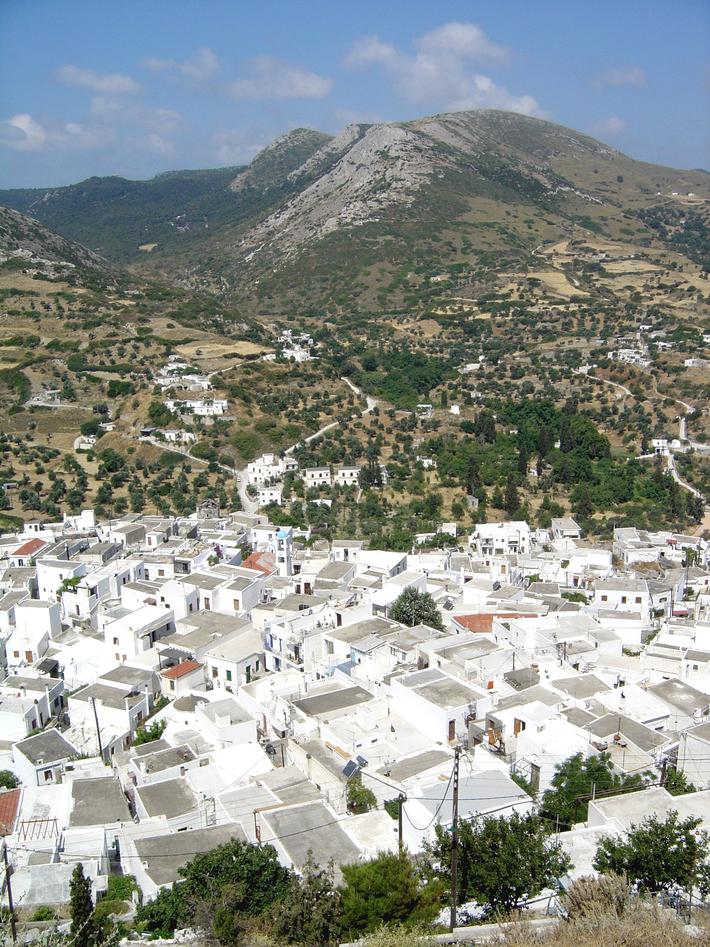