What are our safe operating spaces for the ocean? This is the starting question for the new EU Horizon 2020 project COMFORT.

Comfort Director Christoph Heinze and deputy Director Thorsten Blenckner welcomed 85 participants to the kick-off meeting in Bergen today. For three days they will discuss all parts of the project.
Photo:
Gudrun Sylte, Bjerknessenteret

"This project aims to find our safe operating spaces in the ocean. We expect that greenhouse gas emission reductions will have to be more severe than for warming limits alone in order to avoid the spreading of low oxygen dead zones in the oceans and to avoid severe damage due to ocean acidification. I expect that our results will need to correct the Paris Agreement downwards for some areas," Christoph Heinze, professor at the University of Bergen and the Bjerknes Centre for Climate Research says at the kick-off for the project he is leading.

This means that the tipping point for some ecosystems in some areas might be found at temperatures below global warming of 1,5 and 2 degrees. Such tipping points are critical points where anthropogenic forces become significant enough to cause a large ecosystem change.

"What is special with this project, is that we will couple several stressors in the Earth system. I find it very interesting to start a systematic analysis of risks in a manner where we can identify tipping points and thresholds for some species in specific areas, this is something that has not been done before," Thorsten Blenckner, deputy Director of COMFORT and researcher at Stockholm Resilience Centre says.

This week Heinze and Blenckner gathered 85 researchers in Bergen to kick-off the project and go through all parts of the project. In about two years they expect results that can give improved guidelines for decision makers.

The researchers in the COMFORT project sets out to quantify coupled cycles of carbon, oxygen and nutrients for determining and achieving safe operating spaces in the oceans. The aim is to detect and minimise dangerous climate change in the oceans, and they ask:

Where and when do we reach tipping points in the ocean in case of warming, ocean acidification, and oxygen dead zones?

What will be critical ecosystems thresholds in view of these tipping points?

"The results will provide guardrails for political and logistical decisions on combatting and avoiding dangerous climate change. We will propose revised scenarios for greenhouse gas emission reductions in order to limit the damage to ocean systems. These revisions will consider the timing and the amount of greenhouse gas reductions, and include options for realising negative carbon dioxide emissions," prof. Christoph Heinze says.

The researchers in COMFORT will examine at what levels of atmospheric greenhouse gas concentrations the oceanic environmental conditions will deteriorate abruptly.

They will examine which parts of the ocean will undergo the fastest and most dangerous changes in the coming decades dependent on the amount of greenhouse gases emitted to the atmosphere.  What goals for mitigating climate change have to be considered in addition to limits of temperature increase?

Heinze and his colleagues expect that greenhouse gas emission reductions will have to be more severe than for warming limits alone in order to avoid the spreading of low oxygen dead zones in the oceans and to avoid severe damage due to ocean acidification. Such changes will have severe impact also on fish stocks such as tuna and corals.

– We aim at establishing how much internal variability within the climate system and ocean extreme events, such as heatwaves, can lead to irreversible change in the marine environment in addition to the average global change. Tipping points can be triggered by such extreme events both for the physical and chemical parts of the climate system, but also for ecosystems, Heinze says.

Heinze points at the background of the project: The IPCC Reasons for Concern. These five formulations connected to climate change impacts that have been one foundation for the Paris Agreement towards limiting the increase in global mean surface temperature to below 2 degrees Celsius as compared to the pre-industrial.

– We will add crucial quantitative new results about at which level of atmospheric greenhouse gas concentrations the oceanic environmental conditions will deteriorate abruptly, Christoph Heinze highlights. 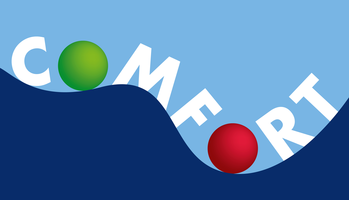