How are fearful memories stored in our brains? Horizons lecture by Marianne Fyhn

While extensive knowledge exists about early phases of memory formation, far less is known about remote memory storage. Fyhn will demonstrate the astonishing opportunities that lay ahead in neuroscience to understand brain function.

The lecture (held in english)
While extensive knowledge exists about mechanisms of the early phases of memory formation, far less is known about the mechanism underlying remote memory storage in the brain. Recent evidence indicates that over time emotional memories are transferred from deep brain structures to become dependent on sensory association cortices for long term memory storage. A hypothesis has been proposed that specialized extracellular matrix structures, called perineuronal nets, may contribute to the necessary stability of synaptic connections needed for memory storage.

In her talk, Fyhn will present novel findings from her research group where they have tested this hypothesis and investigated the role of perineuronal nets for long term storage of visual fear memories. Recent advancements in genetic tools and recording technology have opened a new era in neuroscience which allows control of neuronal activity with millisecond precision in awake behaving rodents. Fyhn will present how they use this method (optogenetics) in the lab to dissect the function of brain circuits underlying defensive behaviors necessary to form fear memories. When facing a threat, animals can respond to the treat by different stereotypical behaviors such as flight or “freezing”. The lateral hypothalamus is believed to mediate such defensive responses, but it remains elusive how the same brain area control such opposing behaviors.

Using examples from her research, Fyhn will demonstrate the astonishing opportunities that lay ahead of us in neuroscience research to understand brain function in the healthy as well as the diseased brain.

Refreshments will be served before the lecture, which starts at 16.15 pm, on Thursday 9 of June in Egget at Studentsenteret. Everybody is welcome!

Marianne Fyhn
Marianne Fyhn is associate professor at the Department of Biosciences at the University of Oslo.

Her main objective is to understand molecular and neural mechanisms of brain plasticity and memory storage. For this, her research group combines genetic tools and advanced recording techniques to investigate the neural circuitry at multiple levels in rodents during behavior.

Fyhn was one of the key contributors behind the discoveries of the brain’s navigational system which was awarded the 2014 Nobel Prize in Physiology or Medicine to May-Britt and Edvard Moser, Norwegian University of Science and Technology. Her work on the discovery of the grid cells and their role in memory processing has received tremendous attention from a wide range of disciplines within neuroscience spanning electrophysiology and behavioral, clinical and computational neuroscience.

At the University of Oslo, she has spearheaded Centre for the Integrative Neuroplasticity (CINPLA; www.cinpla.org), an interdisciplinary strategic research initiative supported by the Faculty of Mathematics and Natural Sciences. The aim of CINPLA is to integrate experimental neuroscience with computational physics in to conduct multi-scale analyses of brain function and contribute to educate tomorrow’s candidates in life sciences. As part of these efforts, her Research Council of Norway (RCN) FRIPRO Toppforsk project ‘BrainMatrix’ (25 mill NOK) focuses on brain plasticity and memory storage from molecular to neural network mechanisms with close interaction between experiments and computational models.  Fyhn is also leading the project ‘DigiBrain’ (40 mill NOK) supported by the RCN BIOTEK 2021 Program where experts from clinical and basic experimental research join forces with computational fields and industrial partners in a multi-disciplinary approach to understand mechanisms of schizophrenia 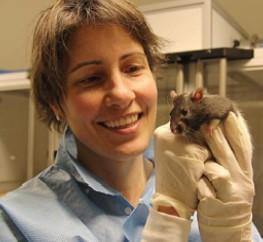