Smartphones offer a wealth of possibilities for psychological research. A new study shows that an iPhone app yields as reliable results as laboratory tests.

Smartphones can be used as a tool for psychological testing.
Photo:
Colourbox

Two years ago, researcher Josef Bless was listening to music on his phone when he suddenly had an idea.

"I noticed that the sounds of the different instruments were distributed differently between the ears, and it struck me that this was very similar to the tests we routinely use in our laboratory to measure brain function. In dichotic listening, each ear is presented with a different syllable at the same time (one to the left and one to the right ear) and the listener has to say which syllable seems clearest. The test indicates which side of the brain is most active during language processing," Bless explains.

Josef Bless is working on a PhD in psychology at the University of Bergen. He is a member of the Bergen fMRI Group, an interdisciplinary research group headed by Professor Kenneth Hugdahl, who has received a European Research Council (ERC) Advanced Grant for his brain research.

The iPhone app for dichotic listening is called iDichotic and was launched on the App Store in 2011, where it can be downloaded for free. Some one year later, more than 1,000 people have downloaded the app, and roughly half have sent their test results to the researchers' database.

The researchers analysed the first 167 results they received and compared them with the results of 76 individuals tested in laboratories in Norway and Australia. The results have been published in the journal Frontiers in Psychology.

"We found that the results from the app were as reliable as those of the controlled laboratory tests. This means that smartphones can be used as a tool for psychological testing, opening up a wealth of exciting new possibilities," says Bless.

"The app makes it possible to gather large volumes of data easily and inexpensively. I think we will see more and more psychological tests coming to smartphones," he adds.

The researchers have also developed a special version of iDichotic for patients with schizophrenia who suffer from auditory hallucinations (i.e. hear "voices"). The app helps in training patients to improve their focus, so that when they hear voices, they are better able to shut them out.

"Using a mobile app, patients can be tested and receive training at home, instead of having to come to our laboratory," says Bless.

The app iDichotic has been developed in collaboration with Professor Kenneth Hugdahl, Doctor René Westerhausen, and Magne Gudmundsen.

Test yourself
You can download iDichotic from the App Store. The listening test takes three minutes and tells you which side of your brain is most active in language processing. Most people primarily use the left side of the brain, but for a minority (including many left-handed people) the right side of the brain is more involved in language processing. In addition, the test measures attention when the task is to focus on one ear at a time. You can send your results to the researchers if you want. iDichotic is currently available for iOS devices. 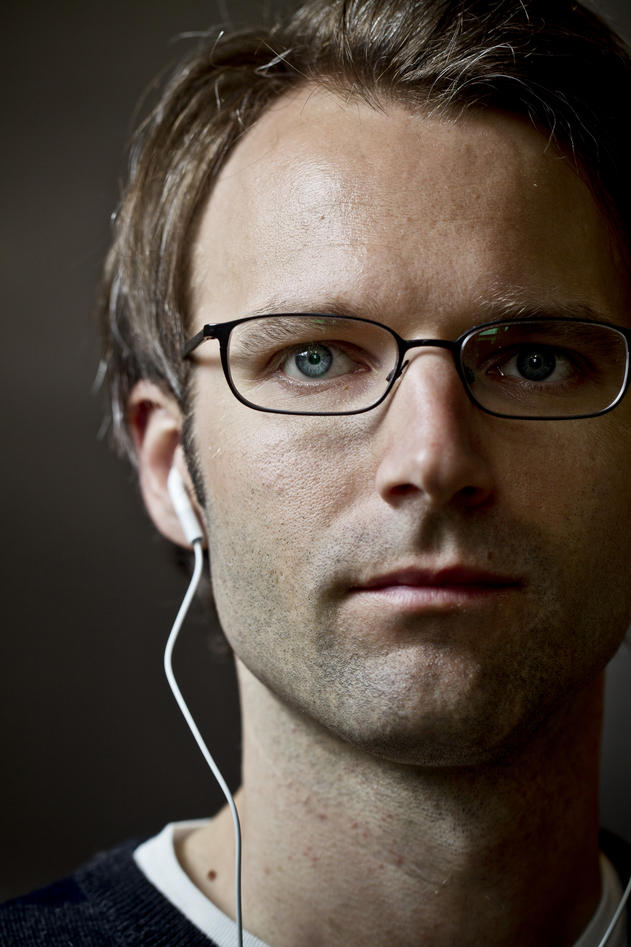