When Sean O'Fahey first went to Darfur in 1969, he travelled around by camel or donkey. Documents the recently retired historian collected on his many travels has become an invaluable collection – a collection which he now has transferred to the University Library.

“This is a treasure and we are already working to make it available to researchers, both here in Bergen or for access online. We have dedicated a separate office where scientists can work with the material,” says Anne Bang at the Centre for Middle Eastern and Islamic Studies, where the collection is located.

O’Fahey’s collection consists of more than three thousand documents, manuscripts and photographs from Sudan, but also other parts of North and West Africa. Although most of them are replicas, they are still unique as Sudan has lost a lot of material over the years, especially during the civil war.

Professor O’Fahey’s collection is located vis-à-vis to the Mahmoud Salih Collection and the special collection at the Bergen Resource Centre for International Development. It is administered by the Centre for Middle Eastern and Islamic Studies.

Since arriving in Bergen in 1971 as the University’s first PhD student in non-European history, Professor O'Fahey focused his research on the political history of Darfur from its inception as a Sultanate in the 17th century. He was especially interested in the distribution of land and property rights.

“His archive contains copies of original documents from public and private archives and manuscripts dating back to the 1600s, collected through friendship and personal visits. A great deal is today unique, especially the material from Darfur,” explains Anne Bang.

The collection has documents about land ownership, contracts and inheritance from Darfur, mostly copies and photographs. This part of the collection stems from the time O’Fahey worked on his book State and Society in Darfur which came out in 1980. Some of these documents are the last remaining copies as the originals most likely have been lost in wars and due to negligence.

The Darfur documents are especially interesting as they show that local authorities have been conscious about ecological politics throughout history, by allocating space between farmers and nomads. In addition, O’Fahey also collected a large quantity of documents on modern Darfur.

An internationally respected authority on the history of Sudan, Professor O’Fahey’s research was used to understand the civil war which started a decade ago. He was eventually engaged by the United Nations in the peace talks in Khartoum.

The collection also contains manuscripts on the Idrisiyya tradition, and Arabic manuscripts on political history and Islamic treatises. Also, microfilms from O’Fahey’s work with John Hunwick at Northwestern University are also part of the collection, which is now made available to researchers.

“Together with the Mahmoud Salih collection, we have quite a unique material on Sudan here at SMI,” says Anne Bang, who now is working to establish reading scholarships for researchers who want to study the collection.

The goal is to make the most important parts of the collection available online, but first it needs to be properly catalogued.

“We don’t know the full extent of the collection yet, so whoever wants to come here and study it also needs to help cataloguing the manuscripts. Alexandros Tsakos has  already started this process and is doing a great job,” says Anne Bang with a smile. 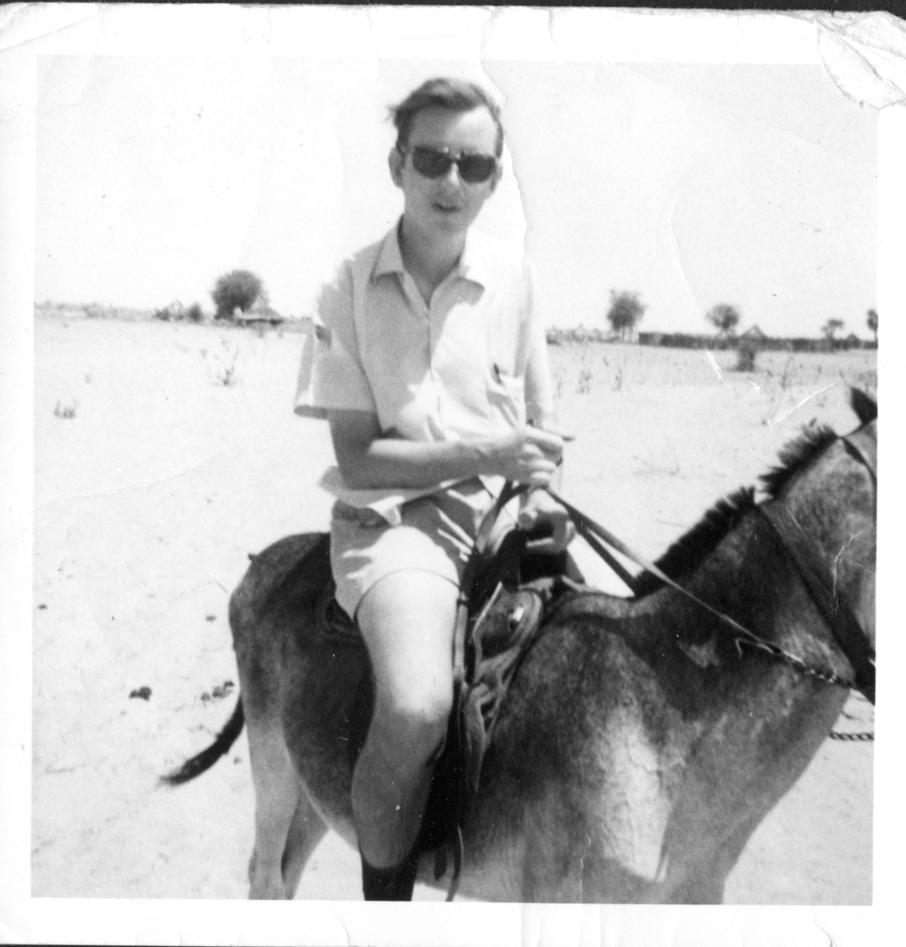 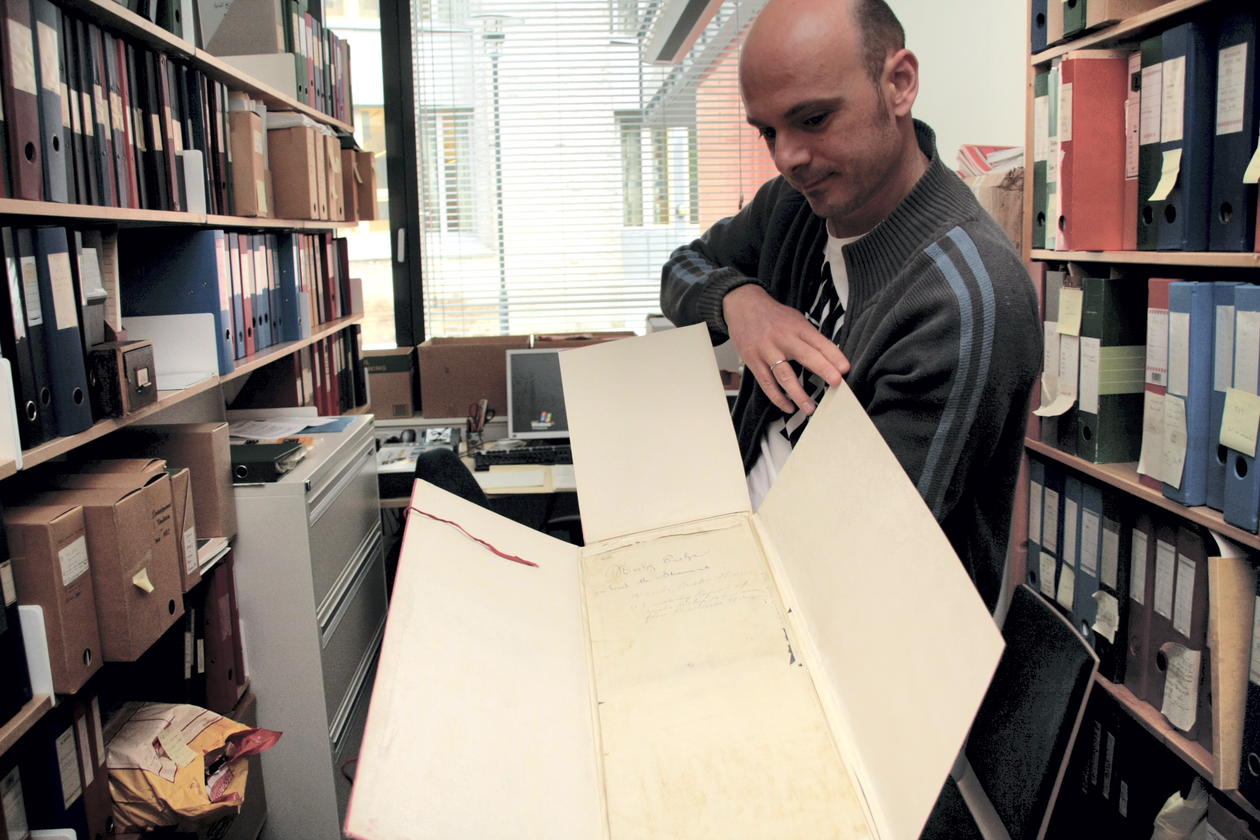 The archaeologist Alexandros Tsakos is already at work cataloguing and scanning manuscripts, which fills an office at the Centre for Middle Eastern and Islamic Studies.
Photo:
Dag Hellesund