High stakes in negotiations in the Nile Basin

On 6 December, the Nile Basin Research Programme organised a seminar to highlight important developments in the ongoing negotiations about the apportionment of the Nile waters.

The NBRP (UiB) is a guest research programme bringing together scholars from across the Nile Basin. Officially supported by the governments of the region and funded by the Norwegian government, the aim of the programme is to inspire confidence and cooperation between the researchers, and to reach a shared understanding of climate dynamics, health and socio-economic challenges in the Nile Basin.

A seminar was held on 6 December at the House of Literature in Oslo, and gathered internationally renowned scholars to discuss the issue of international water resource allocation. There is no lack of challenges for those who negotiate on the future of the Nile and the region, in a time of substantial changes in South Sudan, Ethiopia, Egypt and Central Africa.

Director of the NBRP Dr. Tore Sætersdal welcomed the participants. In his introductory remarks he highlighted the main points of contention between the different countries of the Nile Basin, in particular the issue of Ethiopian dam projects which Egypt claims will deprive the country of water resources.

Professor Terje Tvedt from the University of Bergen read excerpts from his recent book “Nilen – Historiens elv” (“The Nile – The river of history”). An expert on the historical importance of water for the development of societies and civilisations, Professor Tvedt took the audience back five thousand years, to the rise of the Egyptian civilisation, which was made possible by the abundance of water offered by the Nile in an otherwise arid environment.

He then told the story of the colonialist obsession with controlling the Nile, and with finding its source, which had remained a mystery to the Europeans since Roman times.

Professor Tvedt also gave a preview of the forthcoming documentary series “The Struggle for the Nile”, made by Globus Media with support from the Nile Basin Research Programme, NRK, the Norwegian Film Foundation, the Ministry of Foreign Affairs, Norad and others.

The series combines a historical perspective on the importance of the Nile with the current climate of conflicts and negotiations, featuring interviews with the heads of state of the different countries, both upstream and downstream. It will air on NRK in 2013.

The preview was followed by presentations in English, by three prominent researchers from Ethiopia, Malawi and Sweden, shedding light on the challenges Africa faces in ensuring the sound management of scarce water resources in the future.

To whom belongs the Nile?

Professor Arsano offered an overview of the negotiation process against its historical background. During the British Empire’s rule in the downstream countries, the colonial rulers asserted full control of the Nile’s water resources.

This situation was perpetuated in the post-colonial period. According to Arsano, the historical control of the Nile by the downstream countries is the major source of contention.

Ethiopian dams are a game changer

In the absence of a proper framework of negotiation, Arsano said, the Ethiopian government has initiated several dam projects, the largest of which is the Renaissance Dam on the Blue Nile.

This has prompted diplomatic activity on the part of downstream countries, worried that this unilateral action will endanger the very foundation of their societies. In response Ethiopia has gathered a tripartite international panel of experts to address these worries.

– We wish to convey the message that the studies are reliable and that they indicate no major consequences for downstream countries, said Professor Arsano, who also emphasised that the downstream countries need to deal with water evaporation in Lake Nasser and waste in agricultural irrigation.

Dr. Terje Østigård is a Norwegian archaeologist working on water history and agriculture in the Nile Basin. He currently works at the Nordic Africa Institute in Uppsala and does research on aspects of rain-fed agriculture and land grabbing in the Nile Basin, in cooperation with Stockholm International Water institute (Siwi) and supported by the Swedish International Development Cooperation Agency (Sida).

Dr. Østigård emphasised that foreign land acquisitions in the Nile Basin compounded an already complex and contentious issue. Among others, Chinese investors are involved in the construction of dams in Sudan, while Indian investors have acquired land in Ethiopia.

– The cultivation of cash crops such as sugar cane for biofuels has considerable economic promise, but it is unclear where the money will go, said Dr. Østigard.

He pointed out that biofuels have a water footprint which is 40-70 times greater than that of fossil fuels, and that such land grabbing therefore also constitutes “water grabbing”.

– The Nile Basin is considered a paradise by investors, and some of the land lease contracts have a duration of 99 years, said Dr. Østigård.

A comparative perspective on Southern Africa

Dean Kampanje Phiri is currently a PhD Candidate at the University of Bergen. He is one of the most published Malawian researchers on the water history of the Shire and the Zambezi. His research focuses on the management of the Zambezi river basin, and in particular on the relationship between Malawi and Mozambique on the issues of access to energy and the use of the river as a pathway.

Mr. Phiri was unable to attend, but his work on the Zambezi river basin was presented by Dr. Sætersdal.

In contrast to the Nile Basin, industrial and domestic consumption in the Zambezi Basin has remained very low. Nationalistic ideologies in the riparian states has led to conflict and hampered exploitation of the water resources.

– Lack of cooperation has been detrimental to Malawi, a land-locked country which is dependent on the Zambezi for access to the Indian Ocean. This has led to tensions with neighbouring Mozambique, said Dr. Sætersdal.

The NBRP as a forum for cooperation and common ground

During the panel debate following the presentations, Mr. Fridtjof Thorkildsen of the Norwegian Ministry of Foreign Affairs asked to what extent the Nile Basin Research Programme can be considered as a tool to consolidate human resources and improve the dialogue between the Nile Basin countries.

– The NBRP was envisioned as a project in which people could work together in a neutral place and in an open research environment, Professor Tvedt answered. It is a way to create new perceptions of the Nile Basin, perceptions which cannot be found in the respective countries of the region, he added.

Professor Arsano, himself a former researcher with the NBRP in Bergen, agreed with Professor Tvedt.

– Using myself as an example: The NBRP produced an excellent interaction between myself and the Egyptian researcher, Ambassador Magdy Hefny, because at the time we didn’t represent our countries. This led to friendships and the will to influence governments. I hope that the project continues in the future, because there are problems to be solved, said Professor Arsano. 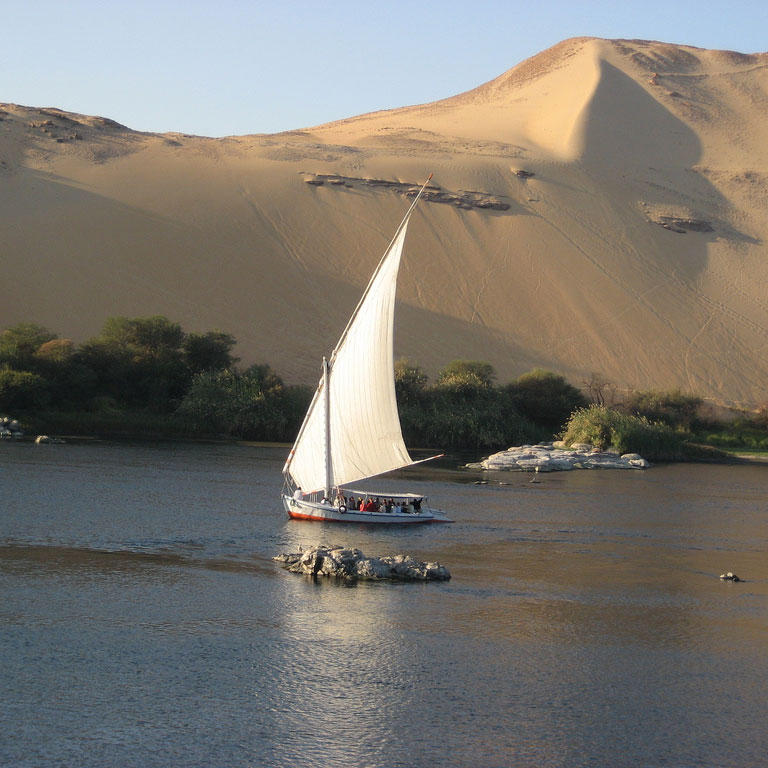