This presentation explores the ways in which the SDGs can be seen as more progressive than the MDGs, and the ways in which they might not be. A political economic analysis reveals that the processes behind the Sustainable Development Goals have been much more inclusive and democratic than those that created the MDGs. But are 17 goals, 169 targets and (perhaps) 1,000 indicators an improvement on 8 goals, 21 targets and 60 indicators?

Professor Hulme has worked on rural development, poverty and poverty reduction, microfinance, the role of non-government organisations in development, environmental management, social protection and the political economy of global poverty for more than 30 years. His main focus has been on Bangladesh but he has worked extensively across South Asia, East Africa and the Pacific. Recently, he has been a leading international expert in the discussion of the Millennium Development Goals and the Post-2015 Development Agenda.

Among other appointments, Dr. Hulme is currently an academician of the Academy of Social Sciences, a member of the Scientific Committee of the Comparative Research on Poverty Programme of the International Social Science Council (ISSC) and a board member of the United Nations Research Institute for Social Development (UNRISD). He is also the vice-chair of the ESRC/DFID Poverty Alleviation Research Grants Committee.

This plenary presenation is free and open to all! 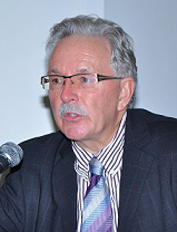