Four UiB students attended the NFiP field school in Pyramiden, Svalbard between September 10th and 16th, two MSc and two PhD students from the Basin and Reservoir Studies group participated in a course run by the Petroleum Research School of Norway on Svalbard.

The course was excellently organized and taught by Kim Senger and Aleksandra Smyrak-Sikora, both from UNIS, and included 19 participants from eight universities.

The primary target of this intensive course was to gain understanding of the Billefjorden trough, a failed rift basin developed during the
Carboniferous times. The textbook style half-graben exposes a complete succession of pre-, syn- and post-rift strata.

The acquisition of virtual outcrop data was used to map the sedimentary and structural geometries in the basin. Long days in the field were generally followed by just as long evenings with lessons, group work and the local brand of Russian beer.

Though the course largely focused on dowdy petroleum exploration, it was also relevant for students working with innovative CO2 storage technology.

For the most of the time, the participants stayed in Pyramiden, an abandoned Soviet coal mining settlement across the fjord from the scenic Nordenskiöldbreen. A number of sites either side of the fjord were visited, and the cold but clear weather allowed the participants to get a good overview of the basin and experience memorable days in the field. 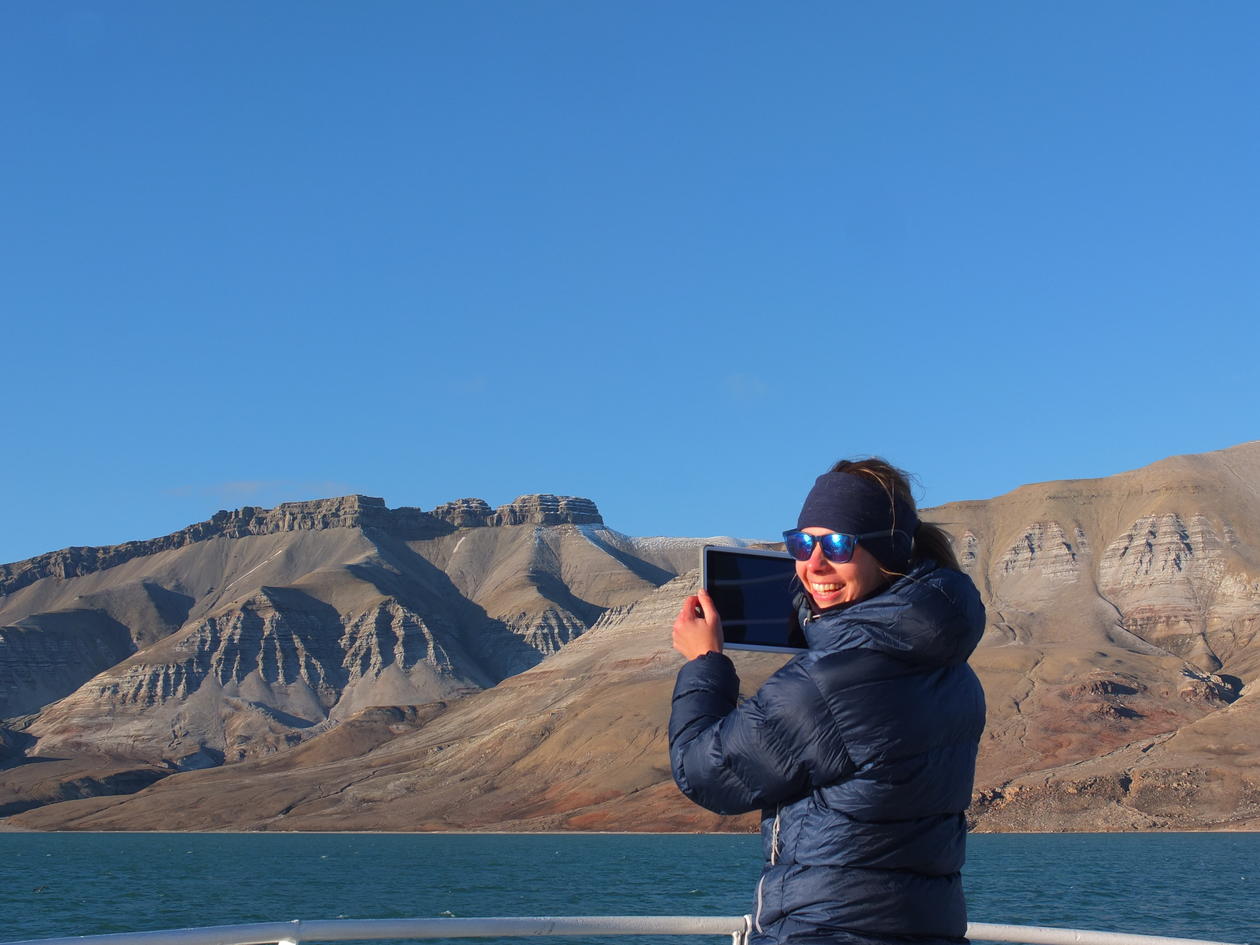 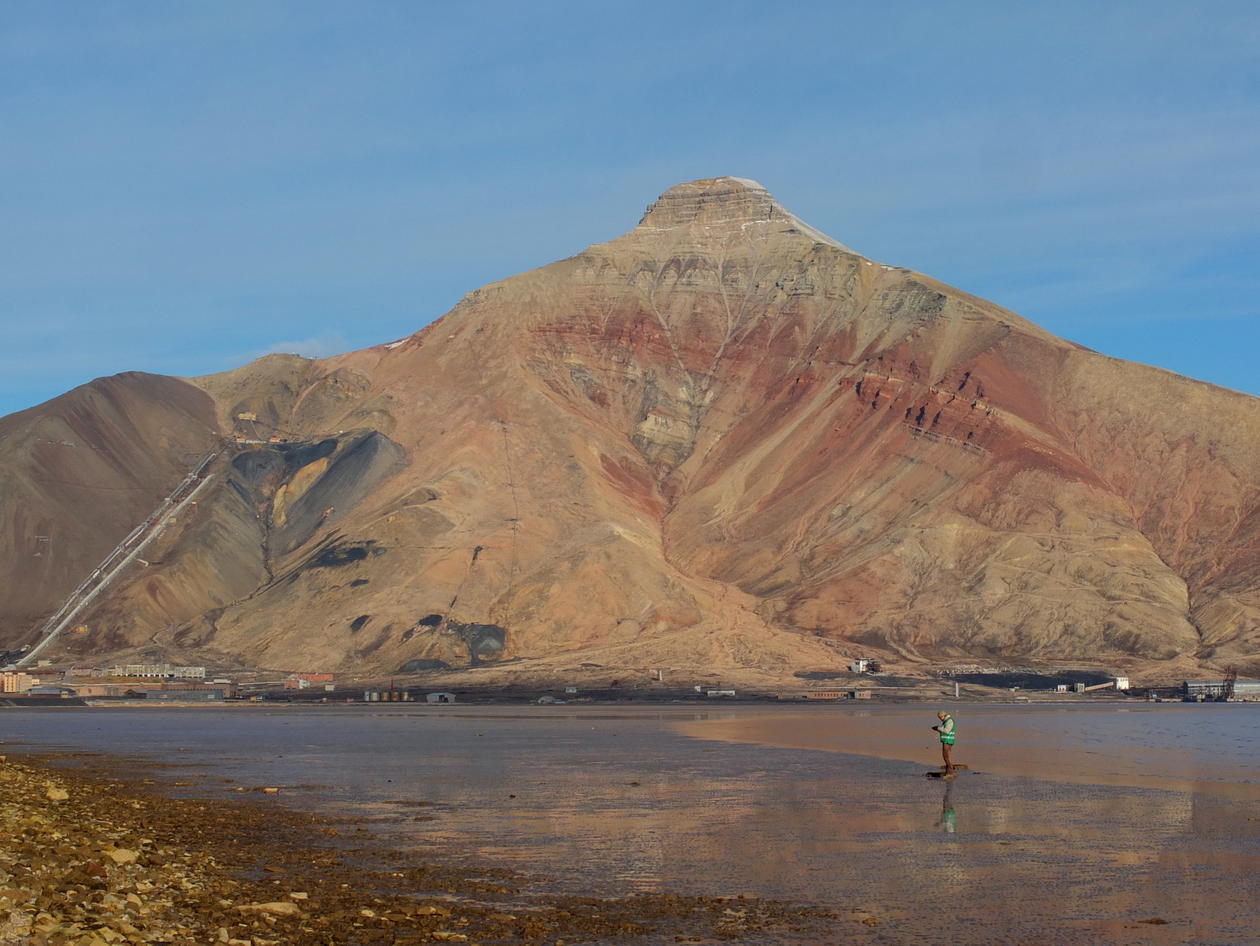 Previous exchange student at UiB, Julian Janocha, flies his drone in front of the Pyramiden mountain and settlement.
Foto/ill.:
B.E.W.Hallaråker 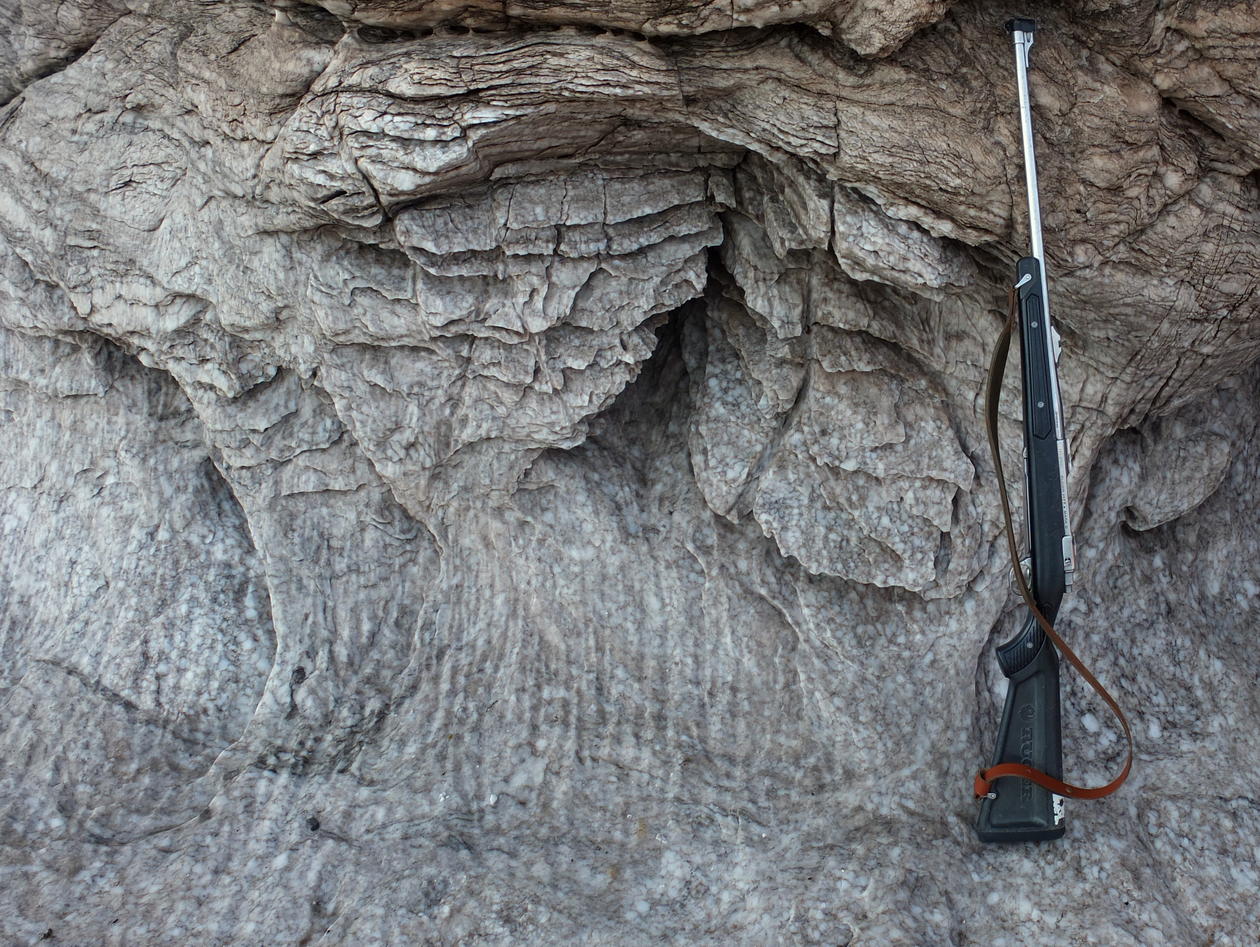 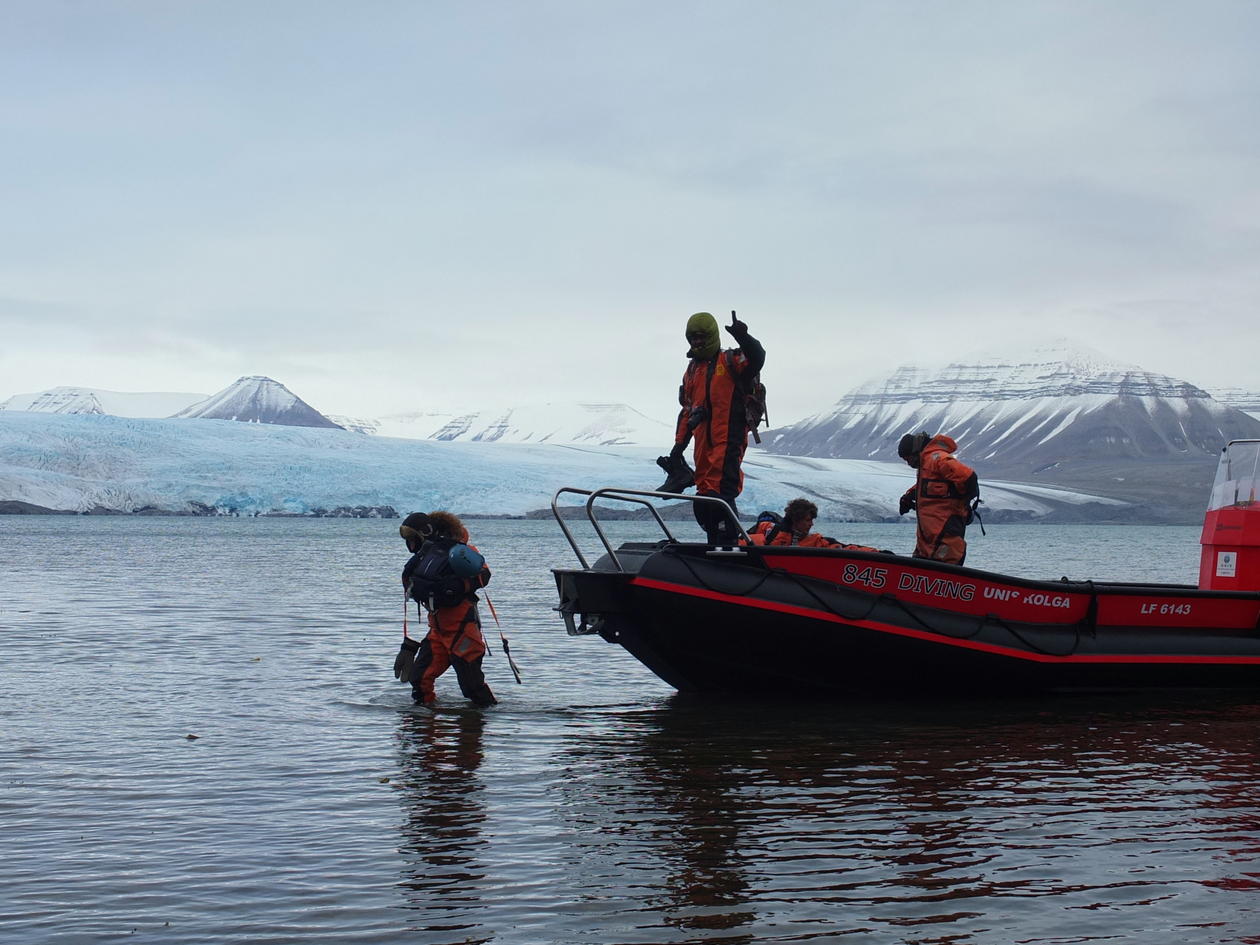 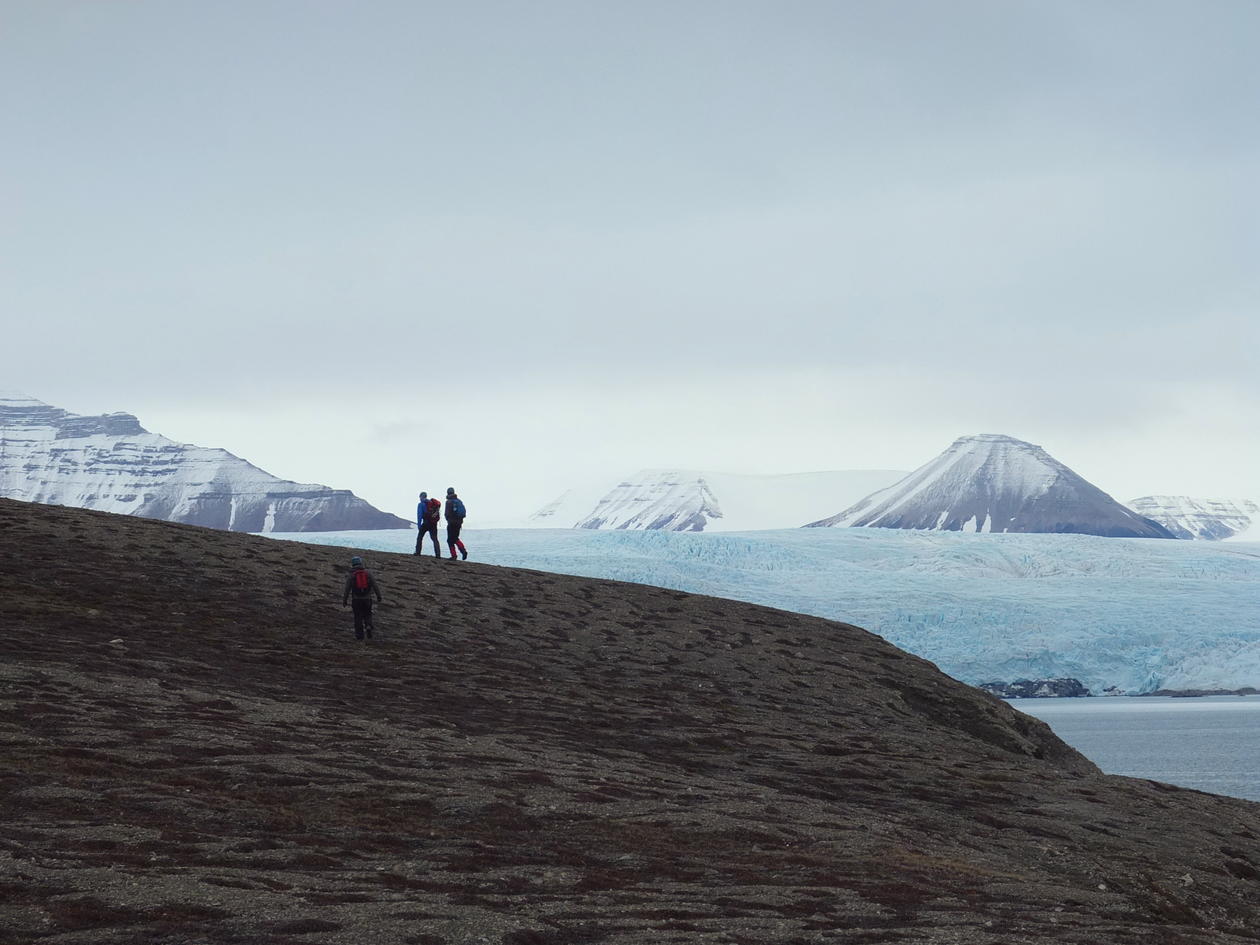 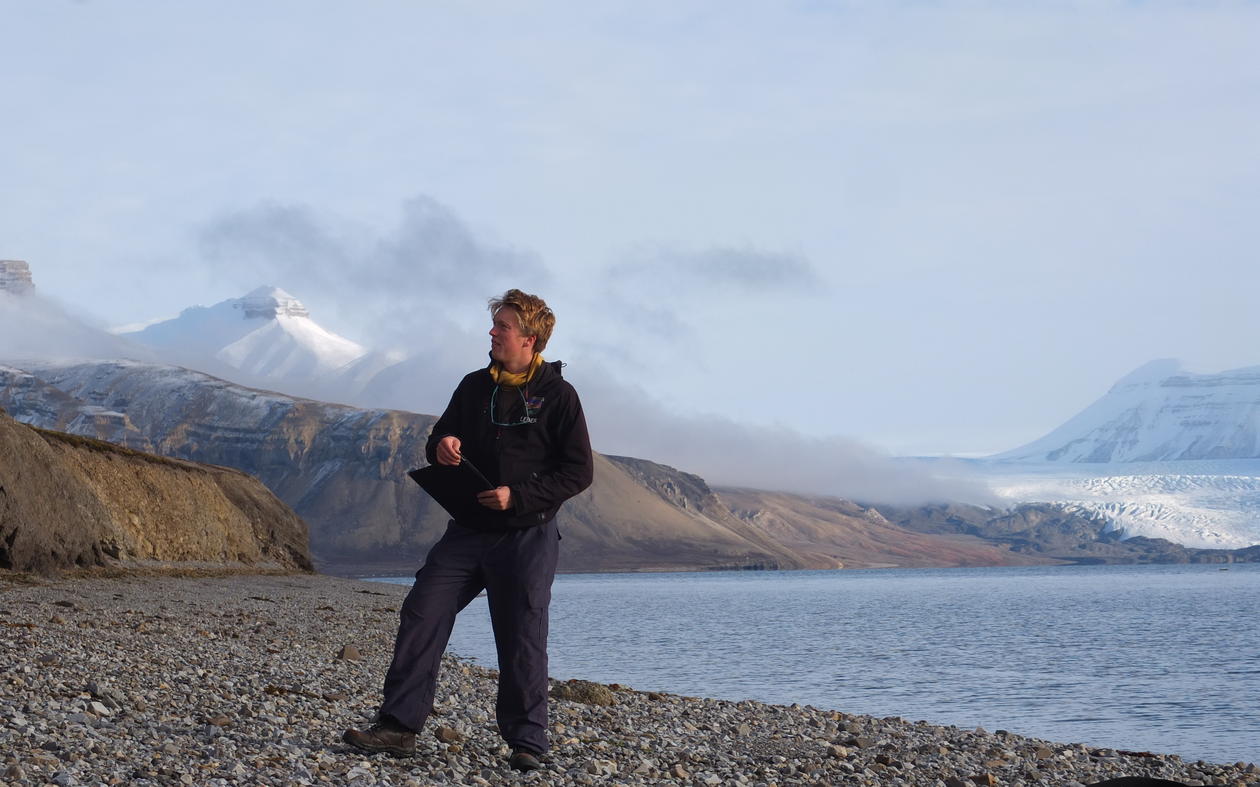 Fredrik August Wyller logs a section close to the master fault in the basin.
Foto/ill.:
B.E.W.Hallaråker 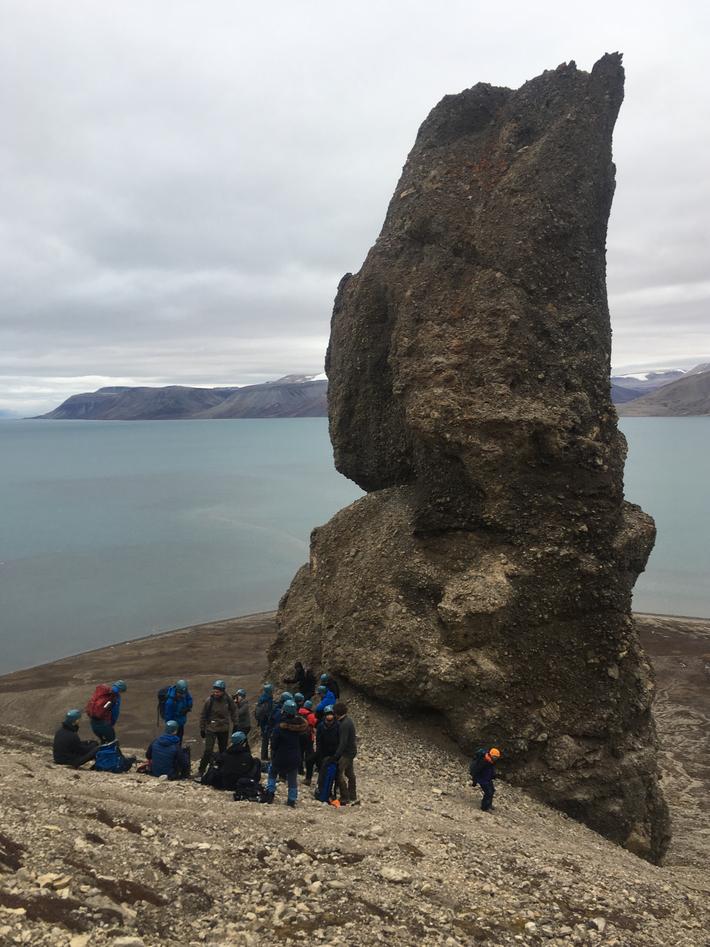 Carbonate breccia, believed to be a paleokarst feature, exposed on the slope of Wordiekammen mountain
Foto/ill.:
B.E.W.Hallaråker