Project description
Motivation (background):
Surface-exposure dating using in-situ cosmogenic nuclides is a popular tool for age determination and reconstruction of past ice-extent. Cosmogenic nuclides are increasingly used to estimate the timing of rock avalanche events and large rock-slope failures, mainly by dating surfaces of the large boulders on a deposit. While this usually works well for relatively old failure events in formerly glaciated areas, it can be associated with large and unknown uncertainties in non-glacial environments and for relatively young failure events. This is due to the distribution of boulders with prefailure concentrations of cosmogenic nuclides, i.e., inheritance. The effect of inheritance is not constant; it is shown to be greatest for very recent shallow failures on high-elevation surfaces with low event frequencies (Hilger et al. 2019).

Scientific problem:
Inheritance can, in theory, be detected by measurement of paired (e.g., Be-10 and C-14) or multiple cosmogenic nuclides, single-nuclide measurement of paired boulder-slope bedrock samples, and/or by independent dating. Either approach is resource demanding and, in most cases, not applicable. This makes estimates of inheritance near to impossible, causing inheritance to usually only be mentioned or briefly discussed, or to be neglected altogether. Therefore, attempts to quantify potential inherited cosmogenic nuclide concentrations are rarely done. To better assess the impact of pre-failure/prior-exposure concentrations of cosmogenic nuclides on age estimates, it would be advantageous to have a numerical tool that can 1) simulate the distribution of pre- and post-production rates for different theoretical landslide geometries, and 2) subsequently estimate the probability and intensity of inherited nuclide inventories in the deposits.

Another aim is to test the performance of theoretical approach by comparison with data from previously investigated sites. Many rock avalanche events in Norway and other alpine areas (e.g., European Alps, Patagonia) have been dated and their geological settings allow for the reconstruction of the events (e.g., Hermanns et al. 2017; Hilger et al. 2019). Ideally, the MSc candidate will participate in a field sampling campaign during the early summer of 2023, with subsequently getting the opportunity to become familiar with sample preparation techniques and analytical analyses.

Field, lab and analysis
Field/lab work is not a requirement for this project, but preferred for a broader learning outcome of the project. 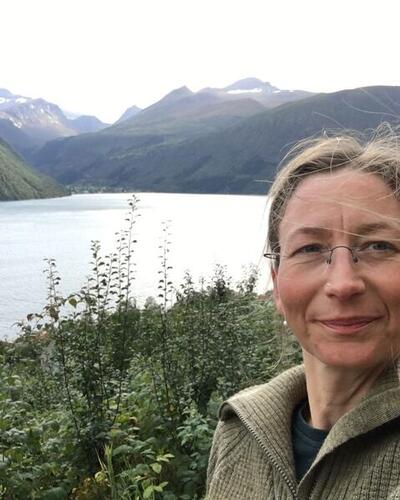