A new weapon in the fight against skeletal muscle wasting

A hormone builiding muscle mass can be vital in helping the aged, cancer patients and the obese, new research from the University of Bergen shows.

Reduced skeletal muscle mass, as observed in many situations including aging, chronic diseases (obesity, cancer, kidney diseases), immobilization or during spaceflights, is known to strongly impact the quality of life and substantially increased the risk of death. A research team led by Dr. Jérôme Ruzzin from the Department of Biology at the University of Bergen (Bergen, Norway) in collaboration with scientists at CarMeN Laboratory (INSERM/INRA/Université Claude Bernard Lyon 1/Insa Lyon, Lyon, France) headed by Dr. Hubert Vidal have discovered that the fibroblast growth factor 19 is able to increase skeletal muscle mass in vivo in mice as well as to enlarge human skeletal muscle cell size in vitro. Using different mouse models, the researchers further demonstrated that FGF19 protects from muscle wasting, thus highlighting a potential therapeutic use of FGF19. These findings have been published on 26 June 2017 in Nature Medicine.

Fibroblast growth factor 19  (FGF19) is an enterokine (i.e. hormone secreted from the intestine) well known for its effects on bile acid metabolism in liver, but that also targets different tissues and exerts critical role in maintaining glucose and lipid homeostasis. When investigating the therapeutic potential of FGF19 in metabolic diseases such as  type 2 diabetes and obesity, the researchers identified a novel function of FGF19 in regulating skeletal muscle mass.

By treating mice with FGF19 for 7 days, scientists observed that the animals gained less body weight and adipose tissue despite eating more food, and discovered that the mass of their skeletal muscles was increased, associated with a marked improvement of muscle strength. They also demonstrated that the effect of FGF19 on skeletal muscle was due to an enlargement of the fiber size, independently of the fiber types, and, at the molecular level, they identified the signaling pathway that mediates the hypertrophic effect of FGF19 in skeletal muscle.

The researchers further investigated the therapeutic potential of FGF19 in different mouse models of muscle wasting, including animal treated with dexamethasone (i.e. a glucocorticoid) and a genetic mouse model of obesity (i.e. the ob/ob mice). They also studied aged mice as a model of sarcopenia. In all these different models, they found that FGF19 treatment could preserve or increase skeletal muscle mass and muscle strength, supporting a potential therapeutic use of FGF19 against muscle wasting. 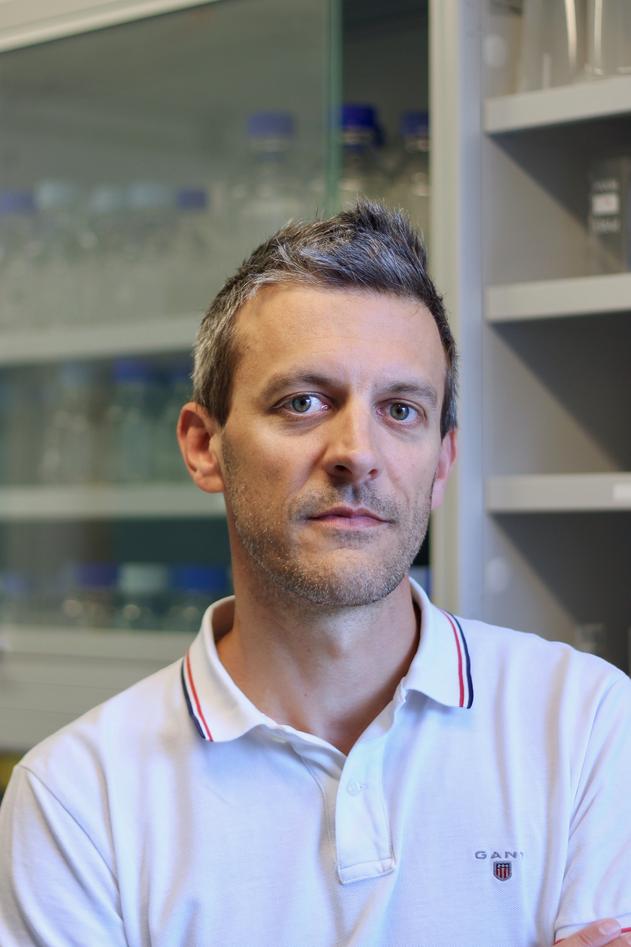 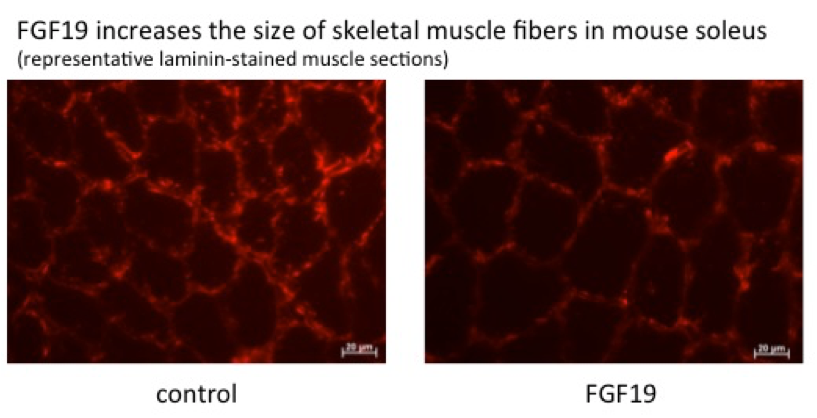