From energy storage in subsurface systems to flow processes in the brain: porous media are (almost) everywhere

The lecture (held in English):

The greatest challenges for porous-media research arise from the fact that the overall effective behaviour of porous-media systems depends strongly on interfaces that occur on very small spatial scales, although the overall system of interest is often too large to consider the interfaces explicitly in detail.

The aim of this talk is to present and discuss relevant model concepts for flow and transport processes for environmental, technical and biological systems, showing – with selected examples from the brain to energy storage – similarities between these various concepts.

Rainer Helmig has recently accepted a 3-year position as the Magne Espedal Professor II at the University of Bergen, funded by DEA-Norge. This lecture is therefore also a special celebration of the legacy of Magne Espedal.

The hydrologist Prof. Rainer Helmig was born in Hamm in 1957, studied civil engineering at the University of Hanover and completed his PhD there in 1993 on the “Theory and Numerics of Multiphase Flows in Fissured, Porous Media”. He was promoted to professor at the University of Stuttgart in 1996 on the subject of “Coupled Underground Flow and Transport Processes - A Contribution to Hydrosystem Modeling”. Between 1997 and 2000, Helmig worked as a Professor for Numerical Methods and Information Processing, and as the Director of the Computing Applications Institute in Civil Engineering at the Technical University Braunschweig. Since 2000, he has been Professor of Hydromechanics and Hydrosystem Modeling at the University of Stuttgart.

In 2019, Professor Helmig was appointed to Honorary Professor at the University of Bergen. The professorship is a joint venture between the Porous Media Group (UiB) and DEA Norge.

Helmig’s research area of multiphase flow physics deals with the numeric modeling of flow and transport processes, which play an important role in environmental issues as well as in technical and biological systems.  Examples include: underground energy storage, the links between the water cycle and the atmosphere, modeling and optimization of the water budget in fuel cells as well as modeling of medication transport in brain and lungs.

Moreover, Prof. Helmig investigates the frequently discussed topic of “fracking”, an extraction method for oil and gas which involves pumping liquid into deep boreholes to increase the porosity of the rock bed. 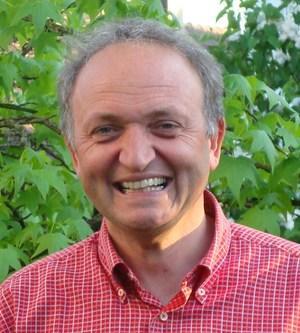