The Alchemy of Vacuum - Hybridizing Light and Matter

Light-matter interactions are not only fundamental for the existence of life, such as we know it, but play a key role in our culture, in the exchange of information and in many tools from surgery to the making of cars. In this Horizon lecture, Professor Thomas Ebbesen illustrates the broad potential of this new field.

Light-matter interactions are not only fundamental for the existence of life, such as we know it, but play a key role in our culture, in the exchange of information and in many tools from surgery to the making of cars.

What is perhaps more surprising, is that light-matter interactions occur even in total darkness. This is because vacuum, the three-dimensional space in which we exist, is not a void but is full of quantum fluctuations, including electromagnetic fluctuations which affect for instance the forces between molecules. When such light-interactions become strong enough, a new regime arises characterized by the formation of hybrid light-matter states.

This is the so-called strong coupling regime which leads to fundamental changes in material properties. For instance, conductivity of semiconductors and energy transport between molecules can be enhanced by an order of magnitude. Chemical reactivity, including reaction mechanism and reaction rates, can be modified leading to catalysis without any catalyst. Such examples illustrate the broad potential of this new field from fundamental science to technology.

Professor Thomas W. Ebbesen is Chair of Physical Chemistry of Light-Matter Interactions at the University of Strasbourg Institute for Advanced Study (USIAS).

Thomas W. Ebbesen is a Norwegian physical chemist who has done research in nanoscience around the world. He studied in the U.S., obtaining his bachelor's at Oberlin College in Ohio before moving to France, where he obtained his PhD at the Pierre and Marie Curie University in the early 1980s. He then moved back to the U.S. to work at the Notre Dame Radiation Laboratory, where he spent several years doing research in photo-physical chemistry.

His contribution to nanoscience began in 1988 when he moved to NEC in Tsukuba, Japan. He started working on the synthesis and on the properties of fullerenes, in particular, superconductivity, before drifting his attention towards carbon nanotubes. In 1992, working in collaboration with Pulickel Ajayan, he discovered an easy way to produce carbon nanotubes in large quantities. He went on to study the mechanical and electronic properties of single nanotubes.

He unexpectedly observed light propagtion through holes much smaller than the light wavelength. The phenomenon was explained by the interaction of light with electron waves at the metal surfaces (plasmons), and published in 1998, just before Ebbesen returned to France.

Since 1999, Ebbesen has worked at the Institut de Science et Ingénierie Supramoléculaires (ISIS) in Strasbourg, which he directed from 2004 to 2012. His research interest still focuses on the properties of plasmonic nanostructures and the interactions between plasmons and molecules. He has received several awards for his contribution to nanoscience, including the Agilent Europhysics Prize in 2001 for his work on nanotubes, the France Telecom Prize of the French Academy of Sciences in 2005, and the Quantum Electronics and Optics Prize of the European Physical Society in 2009. He is also a member of the Institut Universitaire de France, the Norwegian Academy of Science and Letters, the French Academy of Science, and the Royal Flemish Academy of Belgium. 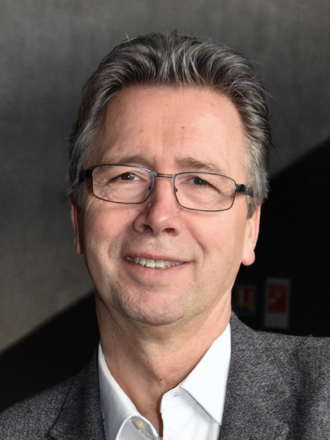