CHANGE: Claussnitzer is unfortunately not able to hold this lecture. The good news is that Simon Dankel will be giving the lecture instead. Read his "innsikt" article from BT from Sunday 13th of March (only in Norwegian).

---
The Horizon lecture (held in english)

In her lecture, Dr. Melina Claussnitzer will highlight major challenges at the frontier of genetics research, presenting a comprehensive strategy to find the underlying cellular mechanisms of how non-coding DNA variants predispose us to be fatter or fitter, healthier or sicker.

A "paradigm shift" is in the making, moving from a focus on the 2% well-described coding DNA to the 98% non-coding DNA (previously dubbed "junk DNA”), opening up completely new opportunities to understand the fundamentals of mammalian evolution and to control our genomes. This ongoing research is expected to have major individual, societal and ethical implications with both predictable and unpredictable consequences.

Refreshments will be served before the lecture, which starts at 16.15 pm in Egget, Studentsenteret, on Thursday 16th of April. Everybody is welcome!

Society has spent several billion dollars to understand the human genome through major international collaborative projects (e.g., the Human Genome Project, the ENCODE Project, and most recently the RoadMap Epigenomics Project). Hundreds of genetic variants (single-nucleotide polymorphisms, SNPs) have been associated with common diseases in genome-wide association studies (GWAS), and it is becoming popular to test one’s genetic risk of disease.

Despite the huge investments, though, we still don’t know much about how most genetic variants actually cause disease. The vast majority of disease-associated variants are found in “non-coding” DNA (98% of our genome), where DNA’s functions are largely unknown (the remaining well-described 2% of DNA is “coding”, i.e. providing the code that gives rise to new proteins in our cells).

In the coming era of genetics research, a major challenge will be to decipher the functions hidden within our non-coding DNA, with the hope to finally fulfil the great promise of GWAS – to find new prevention and treatment strategies tailored to each individual’s genetics.

Dr. Melina Claussnitzer (31), originally from a village in the remote Allgäu region of southern Germany, has pioneered a groundbreaking method, PMCA, to discover evolutionary conserved functions within non-coding DNA. When combined with disease association data from GWAS, her method paves the way from disease association to causation, revealing new functions in non-coding DNA and consequently the cellular mechanisms underlying disease risk.

Dr. Claussnitzer works together with Prof. Manolis Kellis, who has a lead role in the RoadMap Epigenomics Project. The project recently received worldwide media coverage after a co-publication of several articles, including an article in Nature.

You are also most welcome to attend Dr. Claussnitzer’s Forskerskolen lecture in Store Auditorium, 3rd floor at Haukeland University Hopsital on Tuesday 14th of April at 14:00-15:00 PM. 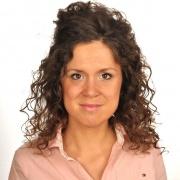