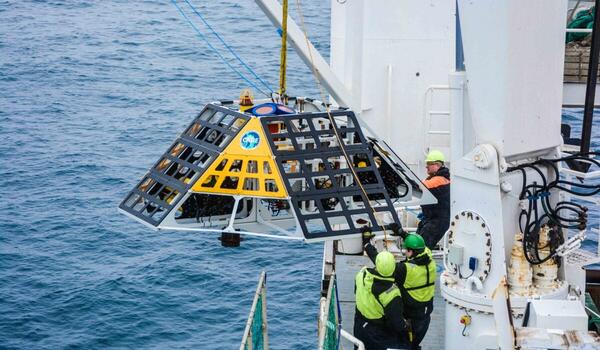 What is really going on in the water mass of the deep ocean?

The EMSO research consortium was established in September 2016, and is now an ERIC. EMSO aims to explore the under-sampled oceans, to gain a better understanding of the critical role that oceans play in the broader Earth systems, and has observatories in key areas across the Atlantic Ocean, the Mediterranean Sea and the Black Sea. The Nordic Seas, a tremendous player in our climate system and global ocean circulation, appear as a large and significant gap in the EMSO. NorEMSO will fill this gap by creating a comprehensive observatory network of the Nordic Seas, and making it a part of EMSO. NorEMSO will achieve this by the expansion of existing and establishment of new infrastructure, as well as its coordination and integration into EMSO.

The network of NorEMSO in the Nordic Seas has three main components: moored observatories, underwater gliders, and an integrated seafloor and water column observatory near a hydrothermal vent site on the Mohn Ridge. NorEMSO’s overarching scientific objective is to better understand the drivers for the temporal and spatial changes of water mass transformations, ocean circulation, acidification, and thermo-chemical exchanges at the seafloor in the Nordic Seas. NorEMSO will produce and make available high-quality, near real-time data, which will contribute to improvement of models and forecasting.

Earlier coverage on the web

The project leader is Ilker Fer (UiB), and the co-leader is Benedicte Ferré (UiT).