Is “catch and release” working?

Ferter came to Bergen as a master student in 2009. He says that it was one of the best decisions of his life! With his highly societally relevant and joint-institution PhD project, as well as a 4-month student-exchange experience, Ferter has been taking maximum advantage of the opportunities available to students at UiB.

What does UiB have to offer?

Ferter is interested in fisheries biology and management. He feels that the University of Bergen (UiB) is the ideal place to undertake such studies. It is not only the city’s location, but also the fact that there are several other research institutions in Bergen that collaborate closely with the university, such as the Institute of Marine Research (IMR) and the National Institute of Nutrition and Seafood Research (NIFES).

Ferter comes from Germany. When asked about his experience in going abroad to study he explained that he found out about the programme at UiB through a Google search! He encourages students to do some web research, contact people at UiB – and, just come! In addition to the academic and research environment in Bergen, Ferter loves the city itself. He explains that he comes from the countryside in Germany and appreciates nature and the silence away from cities. “In Bergen”, he says, “you can have both just 10 minutes away from the city!”

Ferter is now embarked on a PhD in fisheries biology and management. He is taking the degree jointly between UiB and IMR; a combination that allows him to work with both academics and experience research focused at management decisions.

His work is part of research aimed at developing guidelines for sustainable recreational fisheries and studying the impact of “catch and release”. During his master studies and his PhD work, he has undertaken field work for 4 summers now, both further north in Norway and along the southern coast. In addition to working directly on catch and release techniques, he has been surveying tourists who stay in fishing camps along the coast. He feels that most of the people he interviews are genuinely interested in having a sustainable industry.

What is “catch and release”?

Catch and release does not just refer to fish that are caught (for the joy of fishing and catching) and are then released. It also includes those released because they are too small or the wrong species, or even because one has fished one’s limit. Ferter points out that compared to other countries, Norway has been slow to recognise the need for recreational fishery research and regulation. The tradition in Norway has been to go out and fish a couple of fish for dinner. However, today, even Norwegian recreational fishermen are catching amounts of fish that exceed their immediate food needs.

Does “catch and release” work? Do the fish survive?

Understanding  more about catch and release survival rates is becoming increasingly critical as fisheries management is learning more about just how much fish are involved. In northern Norway now, for example it is estimated that tourist fishermen release about 2/3 of their cod catch.

Across Europe, fishery management agencies are beginning to address the issue more systematically. In addition to cod, significant amounts of pollack, sea trout and sea bass are also being released in European recreational fisheries. According to Ferter, many other European lands have stricter regulations for recreational fishing. Many gather data concerning both the caught (and kept) fish as well as those that are released; data that are critical to  ensure sustainable fisheries.

Ferter explains that survival depends on factors such as how the fish are handled, and at what depth they were caught. The use of special hooks, releasing fish as quickly as possible, and fishing in shallower water possibly ensures better survival rates.

Ferter’s PhD research also involves tagging fish in the hope of gathering more concrete data about release survival and the behaviour afterwards. He is also studying the effects of different kinds of fishing gear. He suggests that an information flyer be developed that provides tourist fishermen with information about catch and release, and how best to handle fish so as to optimise their chances for survival. Such flyers have been developed in other countries such as USA and Australia.

UiB encourages students to undertake exchange opportunities. Ferter spent 4 months last winter in Australia working on a catch and release research project there with a researcher he met at an international fisheries conference. He definitely recommends that students take advantage of exchange opportunities. In addition to meeting new people and cultures, one learns new methodologies, new approaches and ideas.

Take advantage of participating in conferences and workshops to network! Not only do these provide opportunities for information exchange, but they can also be the birthplace of new collaborations and opportunities. In addition to his Australian collaboration, Ferter is working together with researchers from the Thünen-Institute of Baltic Sea Fisheries in Rostock. The German researchers are working on the German recreational fishery, and there have been researcher-exchanges in both directions. 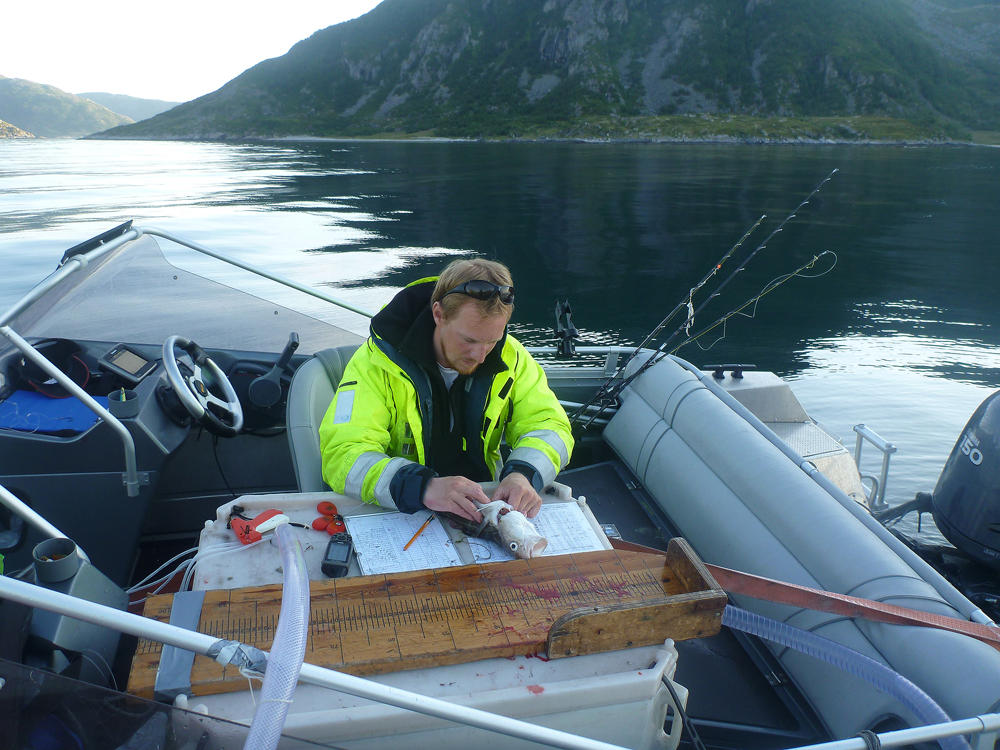