Snowbird Cod: Not only Norwegians go to Mallorca!

Prof. Beatriz Morales-Nin, director of the Spanish science council’s institute in Mallorca, IMEDEA , is a long-time friend and colleague. On one of her visits to the FØH group, she brought samples from an unbelievable source: an Atlantic cod (Gadus morhua) had been caught in a trawl by commercial fishermen in the waters around the Balearic Islands.  It was spotted and recognized by one of the government fisheries officers, Gabriel Morey, who quickly enlisted the help of other fish biologists to find out as much as possible about this “lost sheep”.

FØH members Audrey Geffen and Mei-Yu Chang got involved when Beatriz Morales-Nin asked us if we could help to figure out where this fish came from, and when it entered the Mediterranean. We put our best otolith analysis techniques to the test, excited to have the opportunity to show what we could do to trace the origins of this poor fish. While the stomach contents, gonads (ovaries), and body condition were being scrutinized back in Mallorca, we braved the Bergen winter to photograph, measure, and bombard the otolith sample with laser. We used most of the letters in the alphabet, and produced a life-history transect of chemical element composition using laser-ablation inductively coupled plasma mass spectrometry (at Jan Kosler’s element and isotope analysis laboratory in the geosciences department). Our results showed that this cod did not originate from populations in the English Channel or Celtic Sea, but since we didn’t have any comparison samples from the southern part of the range (Bay of Biscay), we couldn’t be sure of the origin. The chemical element profile across the otolith showed us that she (the fish) started out life in the Atlantic, and moved into the Mediterranean toward the end of the first year of life. When this cod entered the higher salinity waters of the Mediterranean, the otolith chemical composition responded with increased strontium and barium.

And what happened to the poor cod? Well, she is now preserved for all eternity in the ichthyological collection of the ichthyological collection of the Balearic Natural History Society (reference number MNIB/0185). All of the investigations are set to be published in Marine Ecology Progress Series - Morey G, Morales-Nin B, Riera F, Grau A, Geffen AJ, Pérez-Mayol S, Chang M-Y, Grau AM. (2012) Mediterranean cod (Gadus morhua): a surprising emigrant submitted to Marine Ecology Progress Series doi: 10.3354/meps09937.

“One fish, eight authors” as Arild Folkvord commented – but then, he didn’t really expect to be followed to Mallorca by a cod!

Title banner of the MEPS paper reporting on the results of the Mediterranean cod analyses
Photo:
A.J. Geffen 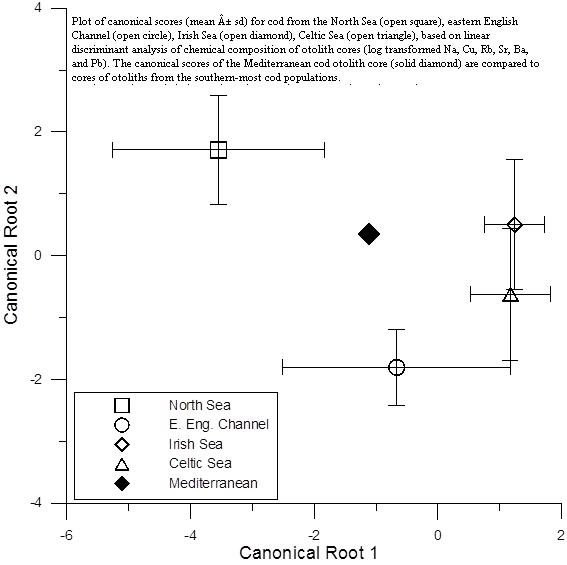 Comparison of the multivariate chemical signal of the Mediterranean cod's otolith core vs the signal of nearest cod populations
Photo:
A.J. Geffen 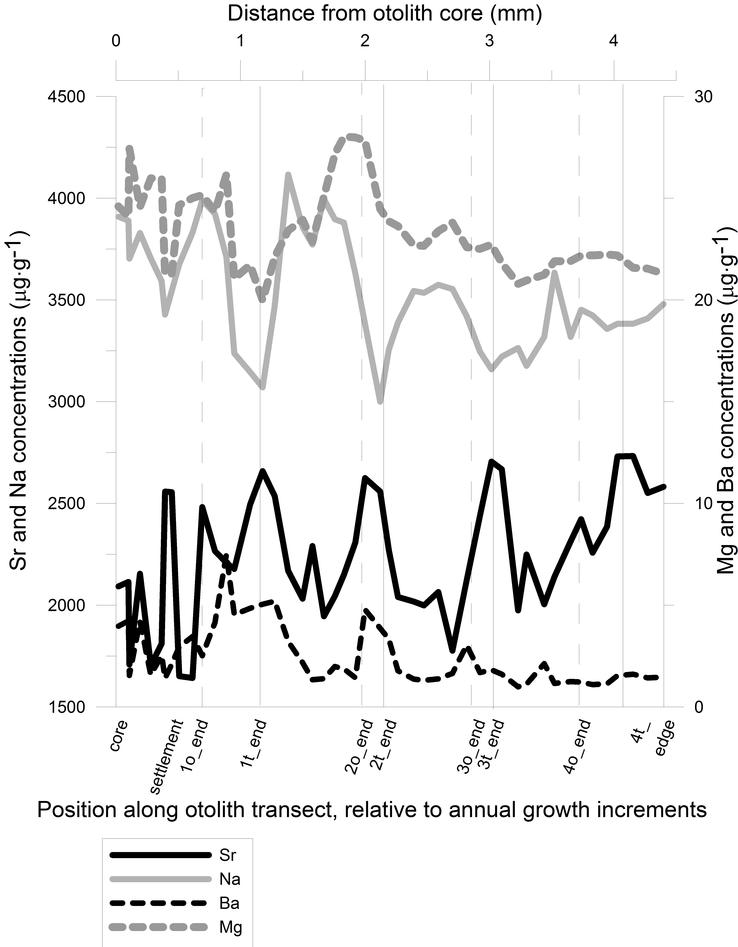 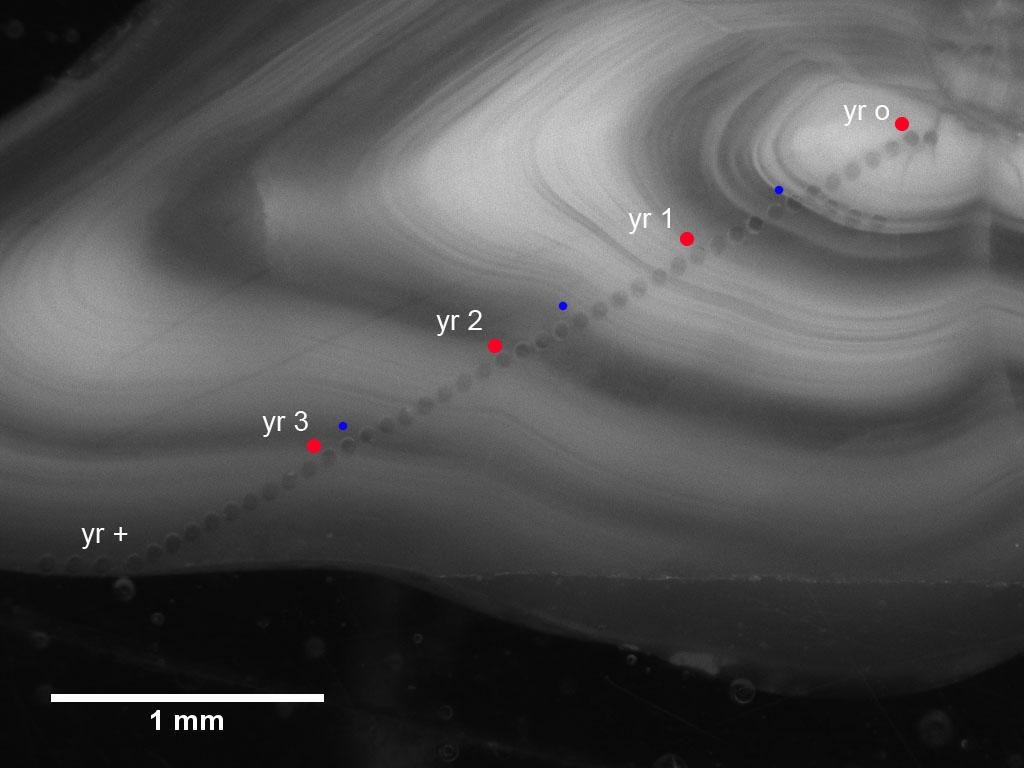 Section through the otolith of the 4-yr old female cod caught in the Mediterranean showing annual increments and LA-ICPMS transect
Photo:
M-Y Chang