Could cooperative behaviour between males be based on female promiscuity?

Researcher Sigrunn Eliassen has been awarded funding to lead a 4-year FRIMEDBIO independent project. Her project will continue work on a controversial theory about female bird promiscuity. In the project’s objectives it states that their “hypothesis is that extra-pair mating can be adaptive for females because it facilitates neighbourhood cooperation among unrelated males.”

The work continues to build on research begun in a previous project led by Eliassen. The new project, however, includes a cross-disciplinary dimension with post-doc position shared with the Centre for Women’s and Gender Research. This position will require expertise in both evolutionary biology and anthropology.

Eliassen and fellow researcher, Christian Jørgensen, use evolutionary modelling to try to explain an unexplained pattern in biology whereby widespread promiscuity exists in species that are socially monogamous. Although researchers have long believed that many bird species were monogamous, modern gene technology has shown that as many as 3 out of 4 young can have a father that is different from the male “parent”.

The question Eliassen and Jørgensen would like to answer is what evolutionary advantage is there to female promiscuity. It has traditionally been hypothesized that females choose males with the best genes. However, this hypothesis is not strongly supported by the scientific evidence, which suggests that females mate with neighbouring males, and not necessarily with males having superior genes. They suggest that parenthood could be a driving force for cooperative behaviour, and might explain the reason that males would choose to share resources or to defend the neighbourhood in a cooperative way.

Their theoretical models generate new predictions. These can be compared with field data. Over the years they have built up an international network of partners, some of whom will provide the empirical data they need in this process.

The two researchers are now beginning to wonder if their results could be applied to other species, including even our own!  What are the potential impacts of female promiscuity in terms of social organisation and gender roles in primates?

The project, “Promiscuity and the Evolution of Cooperative Neighbourhoods”, highlights many of the features the Research Council of Norway (RCN) is trying to promote with their FRIPRO funding scheme. A news article on the RCN’s FRIPRO pages (Norwegian), states that the project is daring and innovative. In addition, it adds that it will impact our understanding of biology as well as putting forward new ideas about ecology and evolution. It is “an example of the type of project RCN would like to see more of”!

To provide even more encouragement for high risk, high gain projects, the RCN changed the criteria for FRIPRO projects. The changes will be in place from the beginning of 2013 and the hope is that more young researchers will consider applying for support for their high risk, high innovation and high quality initiatives.

About FRIPRO on the RCN web pages

*Pictures come from an article in Aftenposten 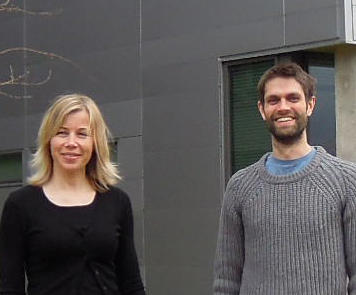