Darwin: a year of celebrating ideas that remain relevant today

Darwin Year is over! Congratulations to the Darwin enthusiasts at the Department of Biology (BIO) who made a year of celebratory events possible. Efforts began a couple of years ago to organise events to honour not only the lifetime achievements of this great man, but also the continuing relevance of his ideas across a broad range of scientific disciplines.

Sigrunn Eliassen, Øyvind Fiksen and Christian Jørgensen from the Modelling Research Group at BIO, represented the University of Bergen (UiB) in the main Norwegian Darwin Year organizing committee involving biologists from both the UiB and the University of Oslo (UiO). Thanks to their diligent efforts the team was able to organise an impressive list of internationally renowned speakers from a broad cross-section of disciplines; philosophy to psychology to medicine to geology to economics ....

Jørgensen reports that the response in Bergen exceeded their expectations. "It was amazing to see how many people were willing to show up at 18:00 on a Saturday night!"
While fewer biologists turned out for the special lectures than they might have expected, there was generally standing room only wherever the venue, and the audience was made up of people from a broad cross-section of academic disciplines and many who were not from the university at all!

Eliassen, Fiksen and Jørgensen felt that one of the exciting things this year was how relevant the the events and speakers, particularly the evolutionary psychologist Geoffrey Miller and philosopher Daniel Dennett, were for the general debate on culture versus biology that filled Norwegian newspapers the past summer.

Eliassen underlined the numerous positive responses they had from other research groups at UiB - people who were so grateful for an opportunity to get together and share ideas across disciplines. Fiksen spoke of the high levels of attendance of people from outside the university. "BT simply does not convey an accurate impression of the actual interest its readers have for scientific issues," he says.

The three are grateful for the chance they have had to meet with some of the world's leading thinkers. Finally, they note that February 12th, the annual Darwin Day celebrations will take place as usual at UiB and urge those who followed this past year's events, and those who wished they had, to mark the day in their calendars and follow along with the web as information is posted about this year's programme.

(Do a search for "Darwin" on UiB's pages to get an insight into the many highlights from this past year.) 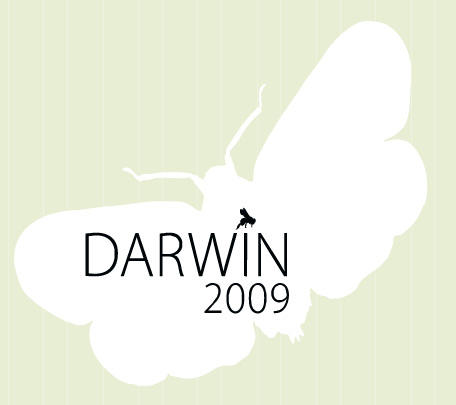