The boundaries between politics and celebrity are increasingly blurred giving rise to new modes of celebrity humanitarianism, that, at least in part, “displaces public action in favour of personal diplomacy”.

One such domain is global  development. Thus, the boundaries between politics and celebrity are increasingly blurred giving rise to new modes of  celebrity humanitarianism, that, at least in part, “displaces public action in favor of personal diplomacy” (Chouliaraki 2012: 79).  This lecture considers this shift with focus on celebrity interventions in the field of global justice.

Within the study of celebrity humanitarianism there is a good deal of interest in critically investigating the efforts on the part of individuals to further notions of redistributive justice on the global scale. For many years now, the likes of Irish rock stars Bono and Bob Geldof have gained a reputation for advocating a more equitably redistributed global income (Richey & Ponte 2011, Cooper 2008). Yet, very few privileged individuals such as Bono and Bob Geldof are prepared to relinquish their own personal wealth for the sake of a greater cosmopolitan good.

Moreover, celebrities, by being highly visible rather than anonymous, can attract transnational audiences, often through digital channels (Bergman Rosamond 2016). Celebrities’ visibility and recognition can add transparency to global affairs and evoke interest amongst audiences that are not, by and large, interested in global development, but are nonetheless attracted to the humanitarian messages delivered by their favourite celebrities. Hence, celebrities possess advantages as interlocutors of global justice, even if their interventions are themselves multifaceted. This lecture provides a set of critical reflections on celebrity humanitarianism.

Annika Bergman Rosamond is Associate Professor in International Relations at the Department of Political Science, Lund University (LU). She is also the Director of the MA in Global Studies at the Graduate School, Faculty of Social Sciences, LU.   Prior to arriving at LU  she held a permanent post as Senior Researcher at the Danish Institute for International Affairs (DIIS).  She has published her research in a range of journal articles and other texts. She has written extensively on celebrity activism and diplomacy.

The session will be moderated by Associate Professor Thera Mjaaland. 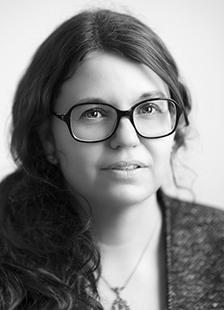