Energy and sustainability in a carbon-constrained world

This year marks a milestone in the relentless alteration of the earth by humans: the atmospheric concentration of carbon dioxide will surpass 400 parts per million. This represents an increase of about 45% relative to the concentration prior to the industrial revolution. It is also 35% larger than any concentration in the atmosphere for at least the past one million years.

Because CO2 is a greenhouse gas, this increase in atmospheric concentration is leading to a rapidly changing (warming) planet. This relentless increase in atmospheric carbon has been, and continues to be, driven by anthropogenic emissions, mostly from fossil fuel combustion. With a quantitative and self-consistent measure of sustainability, we can show that emissions from fossil fuel combustion have made human activities globally unsustainable.  In order to define a practical path back to a sustainable existence, the atmospheric carbon problem must be solved. This requires large-scale transformations of the energy system.

In this presentation, I will discuss the concept of sustainability, identify practical paths that can move us toward a sustainable future, and consider the level of effort required to follow a path to sustainability. While paths to sustainability can be identified, their development and implementation remains a grand challenge for the 21st century.

Michael Celia is currently Director of the Program in Environmental Engineering and Water Resources. Professor Celia's areas of research include groundwater hydrology, multi-phase flow in porous media, numerical modelling, and subsurface energy systems with a focus on geological sequestration of carbon dioxide and shale-gas systems. Ongoing projects include development of new simulation tools to model CO2 injection, migration, and possible leakage associated with carbon capture and geological sequestration (CCS); studies of multi-phase flow and transport in porous media with a focus on multi-scale models, including pore-scale models; and measurements and modelling for shale-gas systems with a focus on methane leakage, possible CO2 injection into depleted shale-gas reservoirs, and the fate of fracking fluids. The CCS work is part of a large industry-funded multi-disciplinary effort at Princeton known as the Carbon Mitigation Initiative.

Professor Celia was editor of the journal Advances in Water Resources. He is a Fellow of the American Geophysical Union and the American Association for the Advancement of Science. He was the 2005 recipient of the AGU Hydrologic Sciences Award; the 2008 Darcy Lecturer for the National Ground Water Association (title of the lecture: Geological Storage as a Carbon Mitigation Option; the lecture was given at 52 different venues in 12 countries). He was also the 2010 Pioneers in Groundwater lecturer for the American Society of Civil Engineers, received the 2012 Hydrology Days Award, and is the 2014 recipient of the Honorary Membership Award from the International Society for Porous Media (Interpore). He was also a contributing author for the IPCC Working Group III Special Report on Carbon Dioxide Capture and Storage.

This lecture is sponsored by Bergen Chamber of Commerce and Industry.

The lecture is free and open to all! 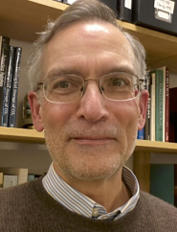