The process from MDG to SDG

Global health has gained increased momentum over the last decade, not least due to the prominent role of health in the UN Millennium Development Goals. Contributing to attaining these health goals has been a priority for Norwegian governments. Dr. Larsen will, taking his own experiences in the field of global health cooperation as a starting point, reflect on what the transition from the Millennium Development Goals (2000-2015) to the new Sustainable Development Goals (2015-2030) will mean for addressing social, environmental and economic challenges in a sustainable manner at national and international level.

From 2008-2009 he was chair of the Standing Committee of the WHO European Regional Committee.  From 2010-2013 he represented Norway in the WHO Executive Board.  In 2012 he was chair for formal consultation on the Global Monitoring Framework and voluntary targets for non-communicable diseases in the WHO.  He has been the leader of the National Health Sector Council for Quality and Prioritization, as well as the National Committee and the National Health Preparedness Council.  From 2013 he is chair of the OECD Health Committee. 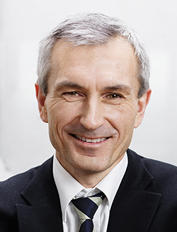