The uncontrollability of the pop body has been a persistent feature since its earliest days. From Elvis Presley’s ‘All shook up’ (1956) in the USA and Johnny Kidd and the Pirates’ ‘Shakin’ all over’ (1960) in Britain, songs about uncontrollable neurological tremors, as physical symptoms conflating the ecstasy of sexual attraction and of dance, are heard from rock and roll on. And we can easily go back further, to the 1920s and 1930s, to consider the ‘disability argument against [early] jazz’ music. In this presentation, the opening argument is that popular music has always been about corporeal transformation or excess and the display of those—there has always been ‘a whole lot of shaking going on’. Reading that shakiness in the context of the disabled body is the starting point for opening up fresh insights into both popular music studies and cultural disability studies.

George McKay is Professor of Media Studies at the University of East Anglia, UK. His research interests are in popular music from jazz to punk, festivals, alternative culture and media, social movements and cultural politics, disability, and gardening. Among his books are Senseless Acts of Beauty: Cultures of Resistance since the Sixties (Verso, 1996), ed. DiY Culture: Party & Protest in Nineties Britain (Verso, 1998), Glastonbury: A Very English Fair (Gollancz, 2000), co-ed. with Pete Moser Community Music: A Handbook (Russell House, 2004), Circular Breathing: The Cultural Politics of Jazz in Britain (Duke UP, 2005), Radical Gardening: Politics, Idealism & Rebellion in the Garden (Frances Lincoln, 2011), Shakin’ All Over: Popular Music and Disability (Michigan UP, 2013), ed. The Pop Festival: History, Media, Music, Culture (Bloomsbury, 2015), and, with Emma Webster, Music From Out There, In Here: 25 Years of London Jazz Festival (2017). George was a founding editor in 2002 of the Routledge journal Social Movement Studies. The 32-chapter The Oxford Handbook of Punk Rock (Oxford UP), which he is co-editing with Gina Arnold, is published in 2021. He has been a member of several EU-funded research projects, including Society & Lifestyles (FP6; 2006-08), Rhythm Changes (HERA; 2010-12), and CHIME (Heritage+ JPI; 2015-17). He was Arts and Humanities Research Council Leadership Fellow for its Connected Communities programme (2012-19). His website is georgemckay.org. 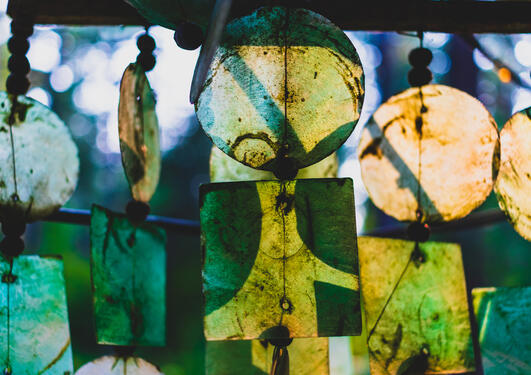 Music: what’s it good for? Exploring the function of music in societal and cultural contexts.

We are delighted to announce the GRS Autumn Course 2021 which will run from November 30th-2nd 2021. The event is organized by the Grieg Research School in Interdisciplinary Music Studies and is hosted by University of Stavanger