On completion of the programme the candidate should have the following learning outcomes defined in terms of knowledge, skills and general competence:

The candidate
- is familiar with the historical development of meteorology (atmospheric physics) and oceanography (ocean physics), and the interaction between the two forming our physical climate
- is familiar with the terminology that is used inmeteorology and oceanography
- has overview of the dynamics and the physics in the atmosphere and the ocean and the associated physical and thermodynamical principles
- knows the interactions in our physical climate between the atmosphere and the ocean
- knows how to model basic features in the atmosphere and the ocean
- knows the mathematical formalism related to analysis, complex numbers, linear algebra and simple differential equations applied to geophysical problems
- is familiar with common instrumentation and field activity in meteorology and oceanography

The candidate
- is able to measure fundamental quantities in the atmosphere and the ocean
- is able to use programming languages to analyse and visualise data
- is able to perform computations using knowledge from fluid dynamics, computer sciences, classical mechanics, and thermodynamics
- is able to write field and laboratory reports and essays in the fields of climate physics, atmosphere physics or ocean physics

The candidate
- can explain and convey key topics in climate, meteorology and oceanography to layman and experts
- is able to portray and quantify factors that control variation and change in climate
- can carry out independent project work, and write and present final project reports in line with good scientific practice
- can retrieve relevant information from library and scientific databases
- can reflect on key, ethical and scientific issues within the fields of meteorology, oceanography and climate 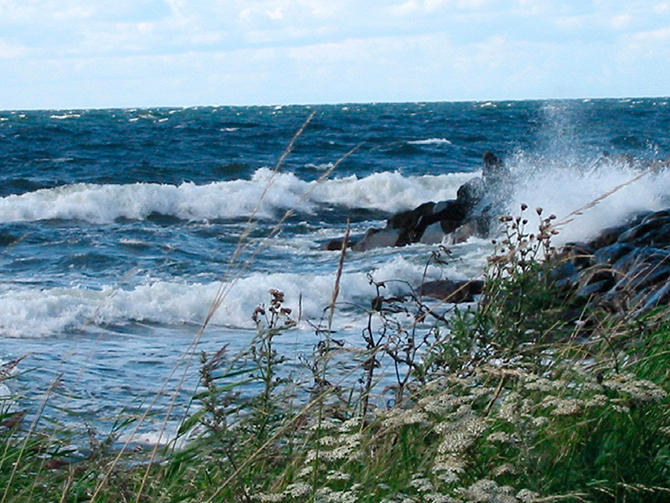