Setting sail: who, why and where to? Ireland – Norway connections in the Viking Age
Sæbjørg Walaker Nordeide, University of Bergen

People move, and objects move with them. It is interesting to find a relatively high number of Viking Age artefacts from the British Isles finding their way to Norway. Many of these are decided to be of Irish provenance, including some Christian items. The usual interpretation of these finds is that they are the result of Viking robbery, adding to the impression of brutal Vikings, Scandinavian ‘pagans’, with no respect for Christian sites.  Sometimes this interpretation may be questioned: who brought these objects to Norway, and why? What is robbed, what is traded, and what may have ended up in Norway for various other reasons? In my paper I will address this question, illustrated with archaeological examples.

In this paper, I will discuss what knowledge we have of Viking Age ships and suggest an approach that may increase our knowledge. In the archaeological record, I will point out weaknesses that imply that we know much less than it may seem, especially about sails, rigging and terminology, and about what types the preserved ships belong to. I will argue that more use of the Old Norse texts as a source for Medieval maritime Scandinavia could substantially increase our knowledge. Then, I will discuss source problems related to the use of these texts for this purpose and give some examples of how it can be done.

We know from archaeological finds and historical sources that there was a considerable Scandinavian activity in the British Isles in the 9th-11th centuries. This was also the case in the area stretching from Shetland and Orkney through the Hebrides and the adjacent Scottish coast via Isle of Man to Ireland.

Where historical sources abound in England and Ireland, Scottish sources are, unfortunately, relatively sparse from this period. The same can be said about Viking-Age archaeological finds in this area, which are also relatively sparse and sporadic. Seen in this light, it could be assumed that Scandinavian activity was relatively minor here, if it was not for the massive linguistic legacy left up until today in the place-names of the area.

Scandinavian origin place-names dominate entirely in Shetland and Orkney and are found in considerable amounts in the Hebrides, the adjacent Scottish mainland and in Isle of Man. The place-names themselves are typically Norwegian in style and overwhelmingly in vocabulary. In other words, these are names bestowed in a Scandinavian linguistic setting and Scandinavian culture. However, by studying the names carefully, it is also possible to see hints of what was before the arrival of the Scandinavians and how they integrated with the existing peoples of the area.

The first phase of viking activity in Ireland, c. AD 795-836, is traditionally characterised as the period of ‘hit-and-run’ raids: they came, they plundered and they left; either to return to the homelands or to other viking colonies within the Irish Sea province. However, closer analysis of the laconic entries in the primary sources, the Irish annals, suggests that, perhaps, viking raids were not as straightforward as the terse entries might lead us to believe. In this paper, I will re-examine these annal entries and explore the possibility that, even during this early period, the vikings had temporary bases on islands off the Irish coast and/or along the coast itself.

With its sheltered bay and navigable river, Dublin would have made it an attractive place of settlement from the earliest times. The oldest archaeological evidence for human activity in Dublin, a fish-trap from the River Liffey, dates to the Mesolithic period.  The first historic settlement was recorded in the Irish annals under two place names, Duiblinn (Black Pool) and Áth Cliath (the ford of hurdles). After a period of raiding, the first Viking winter camp (a longphort) was recorded in 841 at Dublin. By the 10th century the Norse settlement, now known as Dyflinn, had expanded, was fortified and had developed an extensive sea-trading network. It had a distinct housing typology and material culture, with an economy underpinned by slave trading. Following a period of Hiberno-Norse and Irish rule, Dublin became a colonial capital on the Anglo-Norman Invasion in 1170. This paper provides a general introduction to the archaeology of Dublin City, with particular focus on early medieval, Viking Age and medieval discoveries and research questions. It will explain the role of the City in managing the City’s archaeological resource through planning and briefly outline some of the Council’s monument conservation and community archaeology projects.

Domnall selshǫfuð á sverð þetta (“Domnall seal’s-head owns this sword”) reads a runic inscription on a bronze strap-end that was found from Greenmount, Co. Louth in 1870. The dating of this inscribed item has caused some discussion; it originates most likely from some time during the eleventh century or around 1100. The ownership statement on the sword fitting is formulated in Old Norse and inscribed in runes; the person mentioned in the text is in a fascinating manner identified as one Domnall selshǫfuð.

The focus of this paper is on the small, yet in many ways significant group of Scandinavian runic inscriptions in Ireland. Some sixteen runic artefacts are known – most of them unearthed during excavations in Dublin in the 1970s and 1980s. I will briefly assess the status of knowledge based on previous studies of the material, followed by a discussion of what new insights that can be gained through an in-depth study of the runic texts in combination with the objects that carry them and the contexts they derive from. The analysis of the inscriptions places emphasis upon their nature as expressions of different forms of interaction. Some comparative perspectives are also given with regard to other finds of Scandinavian runic inscriptions in the region of the Irish Sea.

Viking age society is normally conceptualised as a male-dominated society, and probably that was the case. This does not necessarily mean that society was one-dimensional, however. The basis of Viking age society was the farm. On the other hand, an element of bravery and warfare was important at least to the male part of society, and sometimes translated into raiding and pillaging in foreign countries. Conceptions of gender and gender roles related to these two aspects of society in different ways.

In the archaeological record, burials have so far been the main source of information on Viking society in Norway. These burials represent the upper strata of society, and c. 20 to 35% are female burials. The highest percentage of female burials occur in Western Norway, and many of these burials were richly equipped, sometimes with foreign objects.  Who were the women who were important enough to earn grand burials like men? Farm owners in their own right? Outstanding housewives? Women from high-standing families? Women with special skills? And what do their richly equipped burials tell about of male/female gender relations?

The idea of the people of the north in Irish narrative tradition: usurpers, monstrous giants and hairy ancients
Cathinka Dahl Hambro, UiT the Arctic University of Norway

With the coming of the Vikings and their continued presence in Ireland from the ninth century onwards, the idea of the northern region and its inhabitants soon found its way into Irish literature and myths. In several Irish narrative tales, the Lochlannaigh (Scandinavians, Norsemen) are characteristically portrayed as belonging to a demonic, otherworldly race, whereas Lochlann (Scandinavia, Norway) is depicted as an unhappy otherworld or a place of magic and witchcraft. With time, however, as the memory of the Vikings faded in the minds of the Irish and was replaced by the very real English presence, the northerners’ literary function seems to have changed from demonic into more lightweight, folk-tale creatures.

This paper takes a new look at how Lochlann and particularly the Lochlannaigh are portrayed in a selection of Irish narratives and explores their function and development within the literary tradition.

Taking the Law West in the 9th to 13th Centuries
Helen F. Leslie-Jacobsen, University of Bergen

Norwegian activities in the 9th to 13th centuries led to a large Norse cultural area to the west of Scandinavia itself.  This paper uses Ireland and the Faroe Islands as a case study to reflect on ways in which Norwegian law could be taken westwards. The Viking invasion and settlement in Ireland in the ninth and tenth centuries led to Norse communities that surely brought aspects of their legal culture and administrative structures from home with them to Ireland. The paper will look at what clues we have for this. The Faroe Islands, on the other hand, was likely settled from western Norway in the ninth century and formed a separate legal entity. Legal traditions and administrative structures must also have been brought with the settlers to the Faroe Islands. The paper will discuss the transferal and application of Norwegian law to Faroese conditions. This will give us an overview of how the law could be taken west from Norway between the 9th and 13th centuries.

Part of the development of any medieval town involved the location of churches and religious houses. Bergen and Dublin were expanding contemporaneously and were not as dissimilar in the organization of urban spaces as might be expected. This paper traces the development of Dublin’s ecclesiastical quarter and also the pattern of dedications to Irish and international saints, with a parallel reference to Bergen’s churches and their saints.

Turning to an Irish Queen

With the translation of the relics of Saint Sunniva from the island of Selja to the town of Bergen in 1170 a hagiographical account of the saint’s life and martyrdom was produced for liturgical use in the new cathedral in Bergen. In her urban and royal environment, Sunniva came to be venerated as the patron saint of Bergen. This paper considers the historical context at this time when Norway was beset by a violent period of Civil War and looks at the possible role that the Cistercians may have played in the writing of the hagiographical legend of this enigmatic Irish princess from the West.

The Sunniva legend: its representation of early Christian landscape, of Ireland and of a female protagonist
Jan Erik Rekdal, University of Oslo

By a close reading of the legend the paper will discuss its conception of sea-/landscape within the dichotomy of pagan versus Christian. The paper will also discuss the intriguing question of a female protagonist and how it seems to interact with early Christian tradition among the Norse settlers in Ireland.

Saint Sunniva rose from unclear circumstances to stand as the figurehead of the bishopric of Bergen from 1170 onwards. Her translation from Selja to Bergen follows after more than a decade of new and intensified activity in Trondheim to promote Saint Olaf, the ‘eternal king of Norway’ (d. 1030). When and why did an Irish queen rise from anonymous bones? And to what extent can the translation of a virgin saint be seen as a response to the growing popularity of the saintly king? 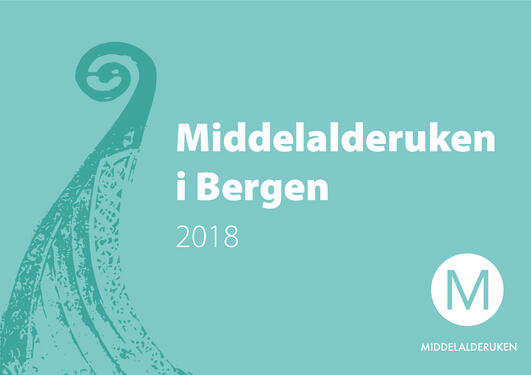 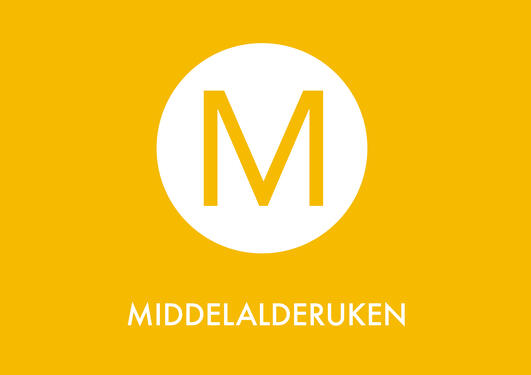