There has not been added a translated version of this content. You can either try searching or go to the "area" home page to see if you can find the information there
UKRAINE CRISIS

The TV2 News Channel and The Royal Norwegian Naval Academy are among those asking for the Ukraine expertise of Associate Professor Terje Knutsen. During the tense situation in Ukraine Norwegian media have frequently asked for the Eastern Europe expert’s assessment.

During the tense situation in Ukraine this winter both the media and others have needed  analyses, comments and explanations of what is happening in the region. Associate Professor Terje Knutsen of the Department of Comparative Politics is among the experts one frequently sees on television and reads about, including on the TV2 News Channel, Norway’s only 24 hour news channel.

Altogether Knutsen has been interviewed by the TV2 News Channel six times thus far, and interviewed online by the Norwegian Broadcasting Corporation and the daily newspaper Nationen. Knutsen has however had to turn down a number of interview requests due to his stay at the Norwegian University Center in St. Petersburg, Russia, where he teaches two courses on Russian politics and Russian political economy.

In March Knutsen also gave a speech on the Ukraine crisis to 130 officers at the Royal Norwegian Naval Academy in Bergen, Norway.

Together with professors Jonas Linde and Frank Aarebrot Knutsen does research on Eastern European politics at the Department of Comparative Politics. He completed his PhD dissertation The Democratisation of Eastern Europe, 1989-2004. From Communism to EU Membership in 2009, and is also the co-editor and co-author of The Handbook of Political Change in Eastern Europe, which was published in its third edition last year.

Knutsen also teaches Eastern European politics at the department and at the Norwegian University Center in St. Petersburg, Russia, where he has been employed as a part-time associate professor since February this year.

- No further escalation in Ukraine

With respect to the Ukraine crisis, Knutsen does not believe we will see any further escalation of the conflict.

- Russia is strengthening its military forces along the Ukrainian border, but I don’t believe we will see any further escalation of the conflict, he says. 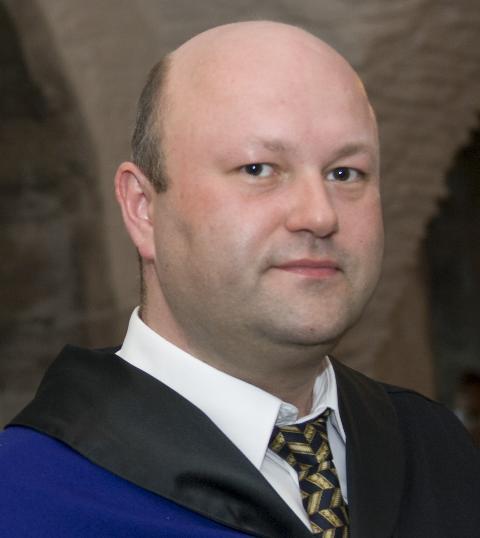