Afterall, in the Nordic countries with a total population of 27 million, we treat almost 900 patients with glioblastoma and almost 300 patients with diffuse low-grade glioma annually. We were reminded in wise words that “knowledge gives boundaries to anxiety” on how to improve treatment of these patients, sealing our common agenda for the following 3 days. High level clinical and experimental studies were presented.

Among the many topics that caught my attention was the all-inspiring talk by Professor Roger Stupp who has shown the torch on the path to treating GBM patients the last 18 years or so…. yet again, showing how a new approach using convergent electric fields to disrupt proliferative cells is significantly prolonging patients´ lives. An ensuing overview by consultant Petter Brandal (Head of Neuro-oncology, Oslo University Hospital) concluded that effect of Tumour Treating Fields did indeed, give cause for hope and was by no means, hype. Professor Stupp´s talk was incredibly inspiring, critical, yet generous, warning us against a nihilistic and overly despondent view of the progress made in the treatment of GBM patients.

Professor Jörg Christian Tonn (Head of department of Neurosurgery, Munich) discussed the role of surgery for recurrent glioblastoma, supported by level 1 evidence (controlled clinical trial was the buzz word throughout the conference!). The conclusion was that gross total resection consistently improved survival. Partial resections, no matter how big, were sometimes no better than no resection at all.

Debate pro et con followed whether awake craniotomy was a sensible choice for safely conducting super radical resections, while preserving function and quality of life. We all agreed though, as Professor Solheim argued, survival was ultimately more important than preserving deficits or function. We were taken aback by a surprising artificial intelligence project that aims to improve multidisciplinary communication and clinical decision making for treatment and follow-up of patients. Surprising data was also presented on the frequency of incongruence of PET and histology to distinguish suspected tumour progression from psuedoprogression.

Professor Bjarne Winter Christensen (Department of Pathology, Odense) enlightened us on how intergrated analyses of global methylation analyses, histology and next gen sequencing can help to improve diagnosis of hard to classify, rare tumours, while the benefit of the new molecular pathological classification of gliomas has been an “eye opener” for the field, allowing earlier recognition of aggressive tumours thus permitting more aggressive treatment at earlier stages. Then we heard a highly didactic talk from Professor Pieter Wesseling about how GBM cells invade the brain like “Guerilla warriors”, how we must counter them with seek and destroy approaches, what these treatments should encompass and a call to move away from “whack-a-mole” strategies to rather adopt more nuanced “check-mate” approach to outwit the GBM cells.

The meeting ended on a great note, discussing analyses of how gender and inequality influence outcomes of patients and the admission that slow but steady progress has been made in treatment of GBM patients, where 2-year survival of GBM patients has improved to 40%. It is worth noting however, that this is in certain subsets of patients (WHO 0-2; MGMT methylated and patients not requiring steroids) and not the entire patient population. The cause of this was speculated to be partially due to improved general health status of people in Europe, improved surgical techniques and radiotherapy technologies. It is nevertheless clear, our work is not done as Professor Roger Henrikson (head of neuro-oncology, Stockholm) pointed out, but with continued research efforts, the benefits are starting to show. 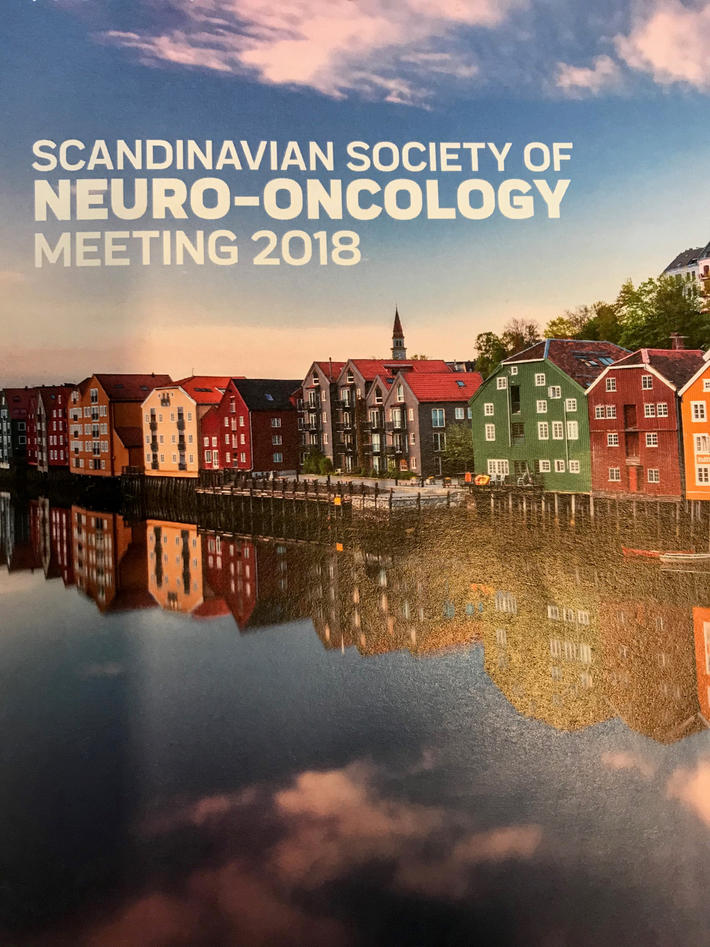