How does the framing of climate issues affect your motivation to act?

Will people act more in line with climate-friendly solutions if we change the way we frame climate issues? In her master thesis, this is what Annika Rødeseike tried to discover.

When Annika Rødeseike started working on her master's thesis, she had a hypothesis: The framing of a problem will affect how it is perceived - and thus how people act.

– If the framing of climate issues affect the extent to which people act, or are motivated to act, we could create more commitment to climate change by changing the way such issues are framed, Rødeseike explains.

Rødeseike completed her Master's degree in psychology the autumn of 2017. In the latter months she had a work space at the CET study room, and became part of a research environment engaged in climate and energy issues. Rødeseike herself worked with perceptions of climate risk: how climate threats are perceived by people.

Based on theories of cognitive psychology, people will feel more committed – and possibly also a moral responsibility – for various risks if they are perceived as close, both geographically and in time, and if the responsibility for solving these problems is framed as individual, rather than collective.

Put into a climate context, Rødeseike believed that by reducing the geographical distance to climate threats, by placing the responsibility to deal with these challenges at the individual level, people would feel more moral responsibility. This could increase the likelihood of supporting certain policy measures with evaluations based on the perception that a moral principle has been violated. This could be punishments for those who inflict damage, laws to protect vulnerable areas, boycotts of climate-hostile companies and the like.

186 people participated in the survey which formed the basis for the Rødeseikes master thesis. Respondents were divided into four different groups who were presented various manipulated stories. The topics adressed in these framed stories were plastic issues and carbon capture and storage (CCS). The scenarios were aimed at generating either an individual or a collective sense of responsibility, as well as causing the respondents to feel distance or proximity to climate threats.

– Some were given a framework focusing on Norwegian conditions, such as CCS at Mongstad, while other framings focused more on global aspects of CCS. Mentioned here were projects in Algeria and Canada, explains Rødeseike.

The goal was relatively simple: Could she prove that people became more morally triggered by climate issues when framed in a certain way?

– If you feel aggression,the chances are larger that you will act than if you are, for example, feeling helplessness. My question then was if you could trigger such kinds of moral thinking through framing, says Rødeseike.

The data from her data collection, on the other hand, did not show signs that the different framings influenced action patterns.

– In the survey, the particular framings did not have any effect on what policies would be supported, she says.

Nevertheless, Rødeseike believes that the theory cannot be completely rejected.

– Among the respondents, there was an overweight of young people, women, highly educated and students, explains Rødeseike, adding:

– This is known as characterizations of above average environmentally-conscious people.

The pre-existing inclination to support climate change may be one reason why the effect of framing did not show in the survey – respondents were already largely concerned with such issues and committed to finding solutions to them.

– This is particularly relevant as the result was measured in whether or not they would support certain policy measures," she said.

Another possible explanation of the survey not showing any clear effect, might stem from the Norwegian discourse surrounding climate issues.

– I have the impression that the public discourse in Norway is not portraying climate change as something that is someone else's fault and responsibility. The culture we are surrounded by and have grown up in emphasize that we all have a moral responsibility in these questions, she explains.

How climate questions are formulated and put forward during a brief survey can therefore have a much less impact on people than the culture and discourse that continuously surrounds them.

The fact that such short-term climate change issues did not show an impact on moral-oriented behavior can be an important consideration to make in the communication and framing of climate issues in the norwegian context. Rødeseikes findings may indicate that effects of campaigns like Greenpeace's "Is this yours?" does not have a particularly big impact on people and their moral thinking about climate risk. At least not to Norwegians who are already highly concerned about, and engaged in, climate issues. 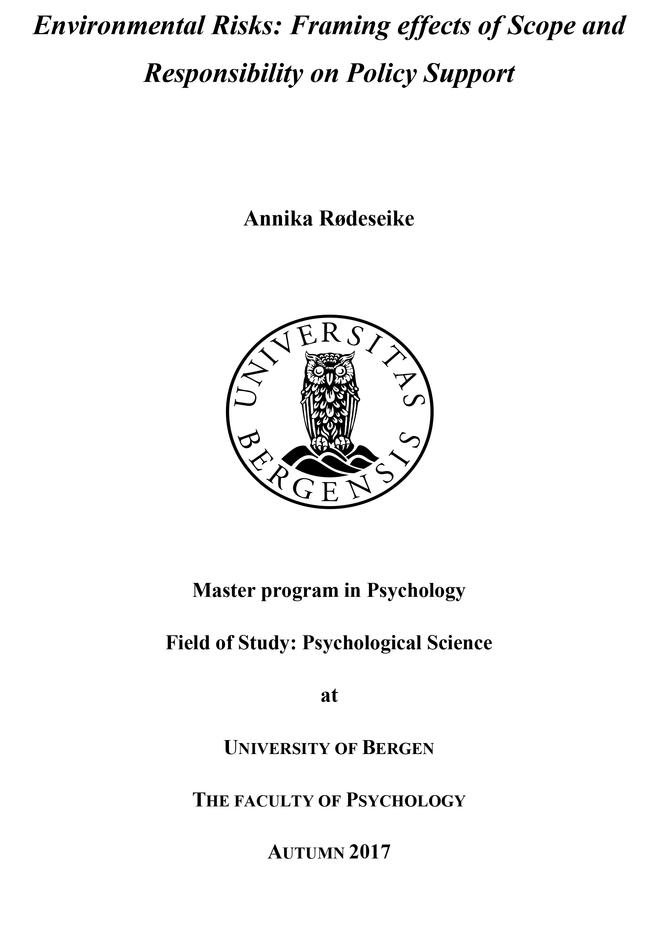 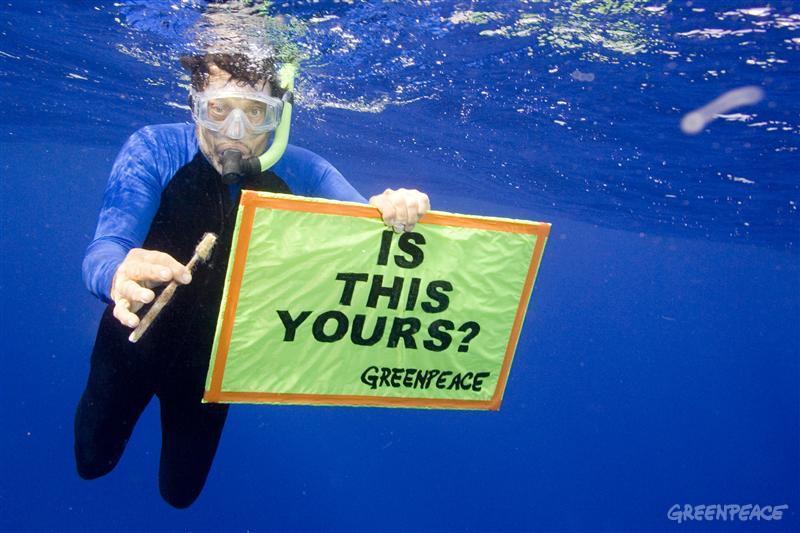 The findings in Rødeseikes master thesis may indicate that campaigns like Greenpeace's "Is this yours?" does not have as much effect as they might wish.
Photo:
Greenpeace