Hartmut Koenitz presented his lecture: 'Representation of Complexity – Interactive Digital Narratives Enabling Discourse for the 21st Century' organised by the Digital Narrative Network at the University of Bergen on September 12th 2019.

For audio documentation of the lecture, please follow these links to SoundCloud:

Koenitz writes: "Narratives have an essential role in recording, communicating and comprehending human existence. As the world around us becomes increasingly complex, traditional narrative forms are no longer adequate for this task. The discrepancy between our complex reality and a discourse still depends on the newspaper article and the TV newscasts open up opportunities for political extremism. What is needed instead are narrative representations of complexity. This means re-inventing narrative by using the opportunities afforded by digital media to create representations that contain competing perspectives, offer choices and show the resulting consequences while allowing for repeat experiences."

During the lecture, Koenitz contextualised Interactive Digital Narrative (IDN), arguing that the field should be not be compared so frequently to traditional forms of literature in books and movies, or gaming.

Koenitz gave examples to broaden the field in understanding what narrative is, beyond the dominant western forms and locating IDN within this opened-up-space. Koenitz uses David Herman's definition that "Narrative [is] a forgiving, flexible cognitive frame for constructing, communicating, and reconstructing mentally projected worlds". The importance of understanding narrative as a multiplicitous, flexible space, can be understood against the contemporary political climate whereby narratives are constructed in the media for political gains (see: Boris Johnson in relation to Brexit and the history of Germany following access to the Stasi archives).

Koenitz made the case that IDN can be useful in this context for better representing complexity while engaging the readers / players in a more dynamic process. For example, they can experience the consequences of decision making, or the ability to inhabit a narrative from different perspectives.

Koenitz calls for pedagogy and new modes of developing and critiquing IDN works, because as of yet, there are no degrees in the field. This comprimises the potential of IDN, since experts from the more traditional forms of literature, such as movie script writers, are often brought into the field of IDN, and the expected shapes of their narratives do not neccessarily fit. 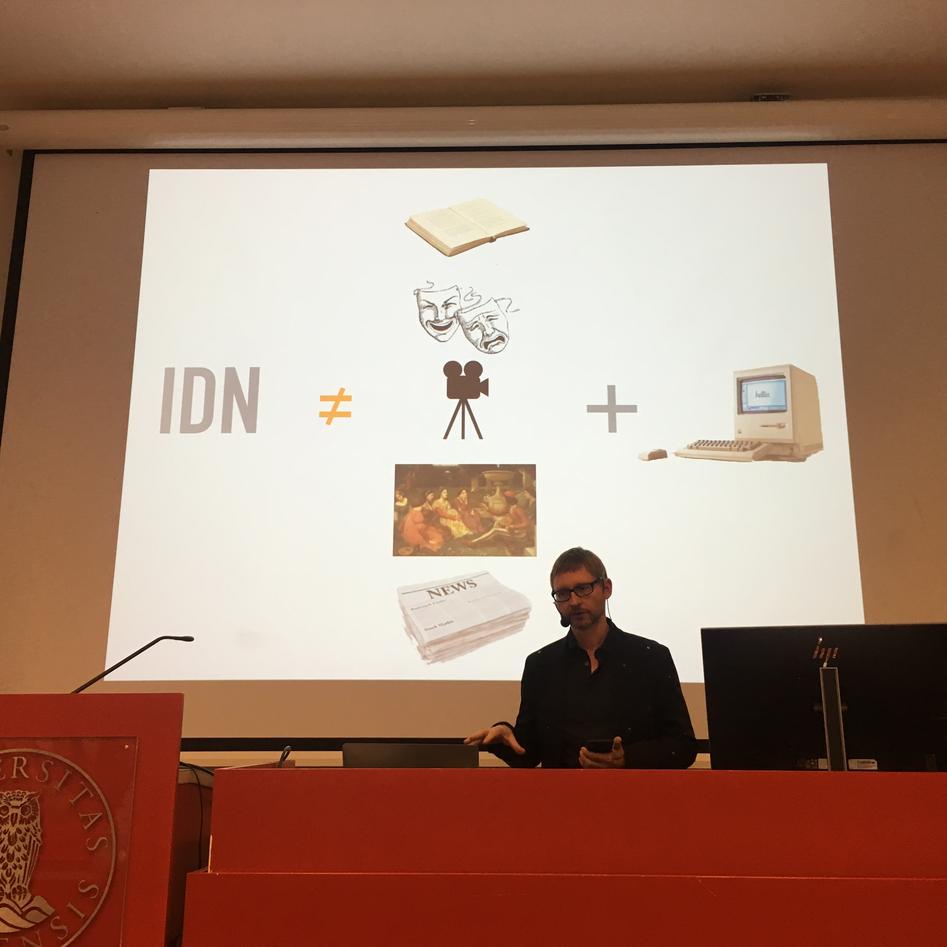 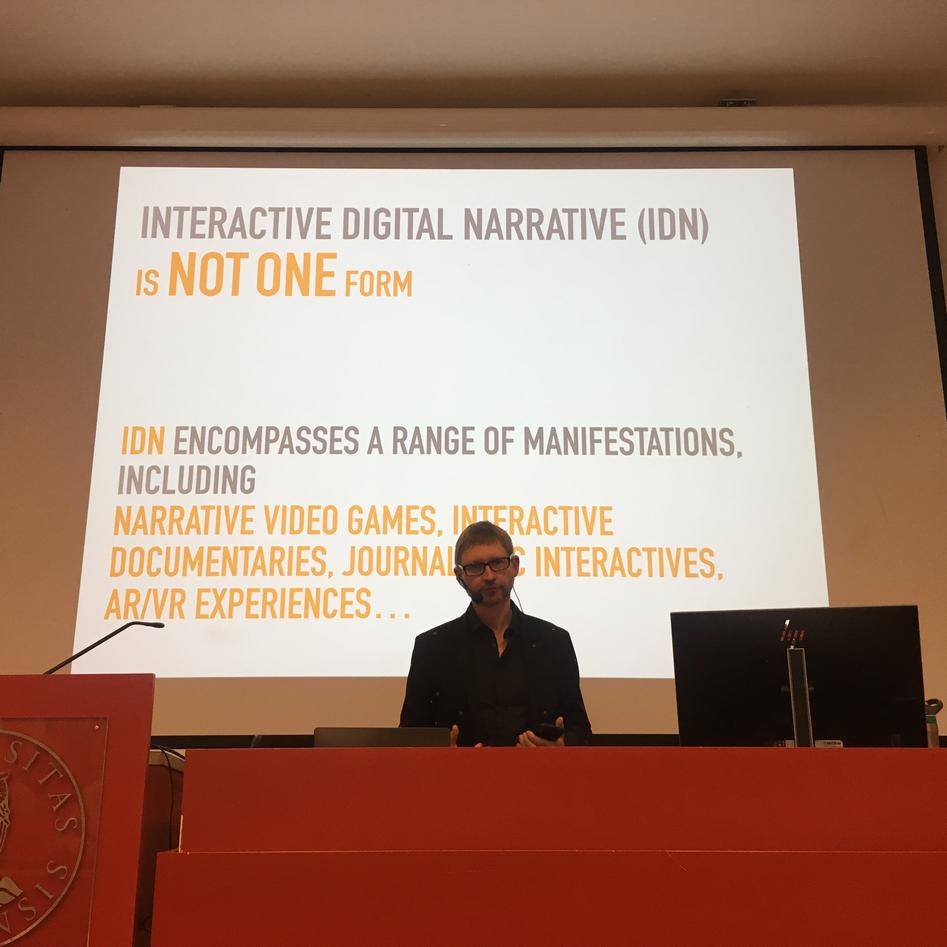 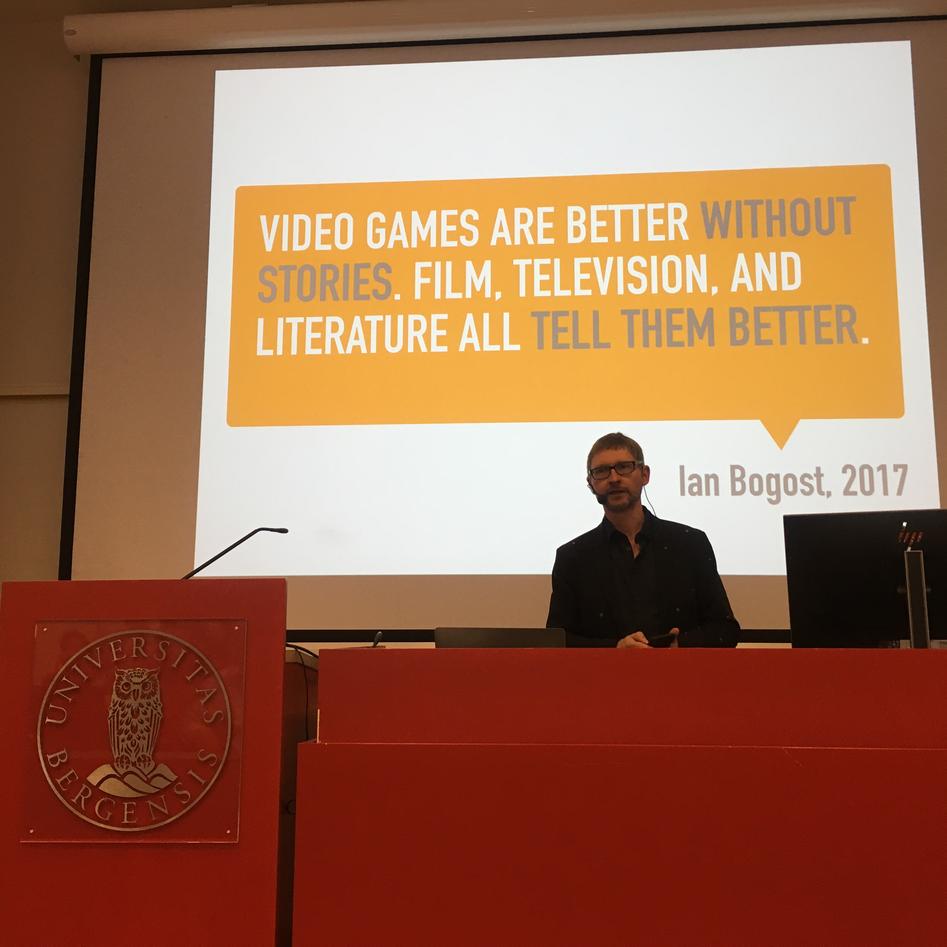 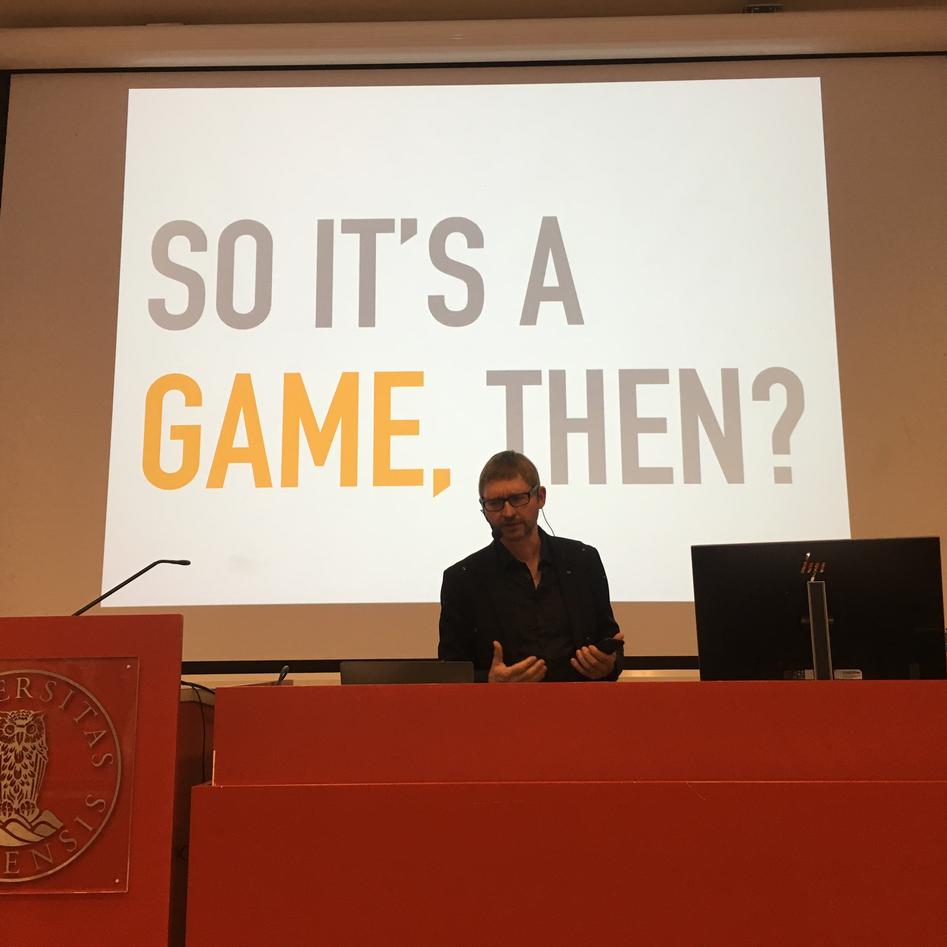 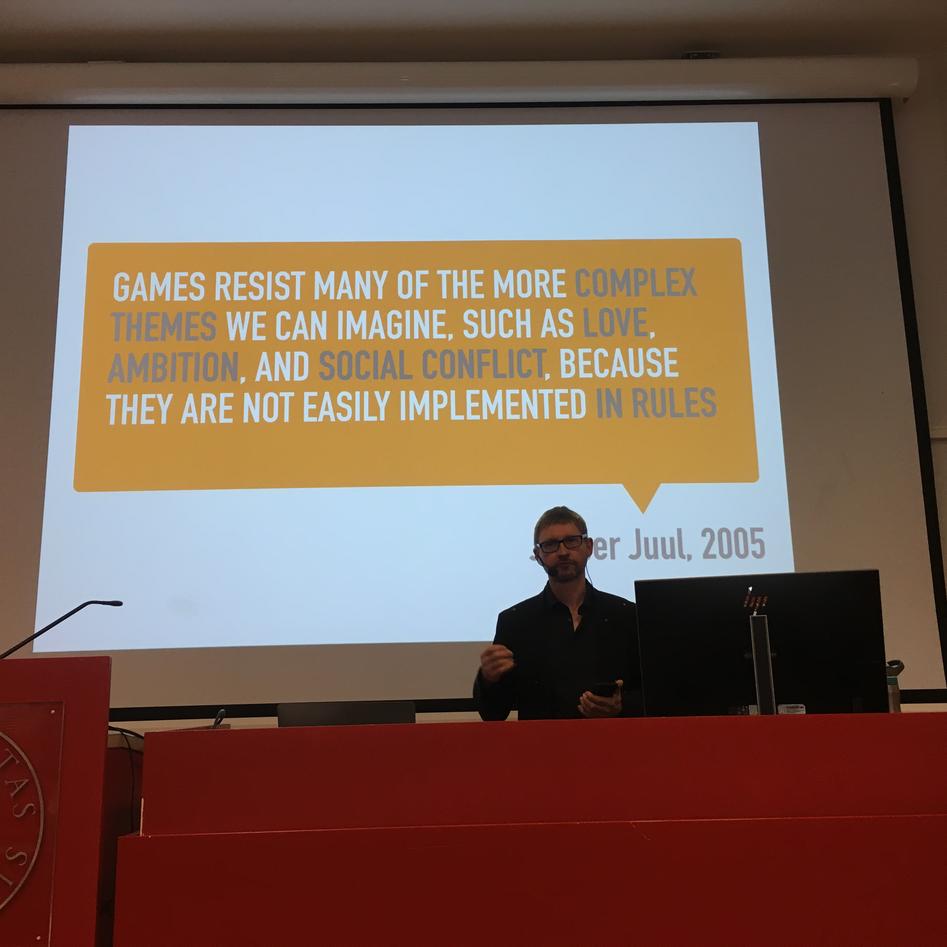 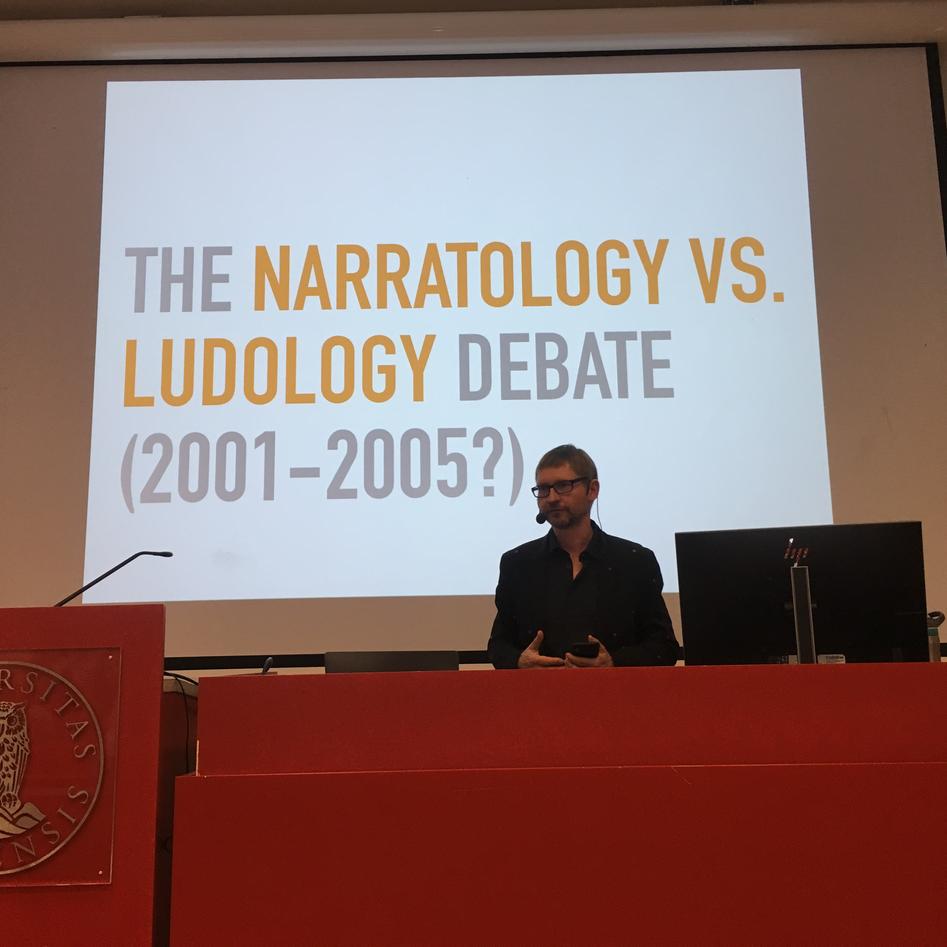 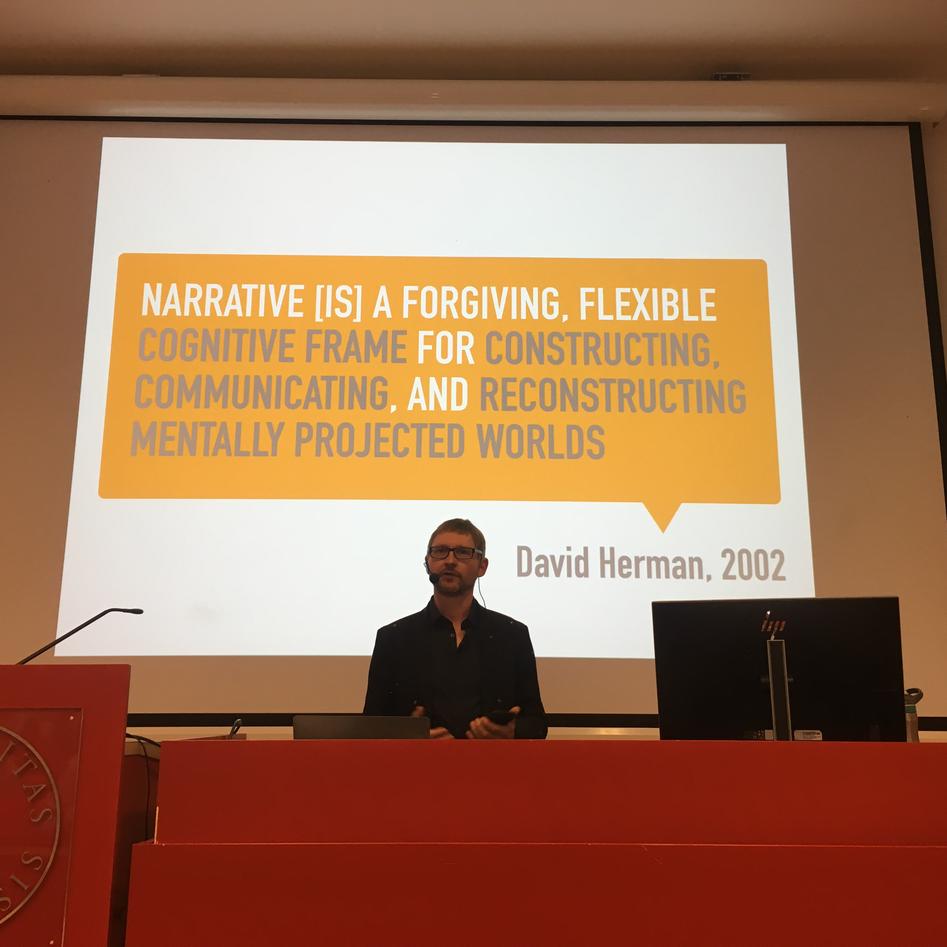 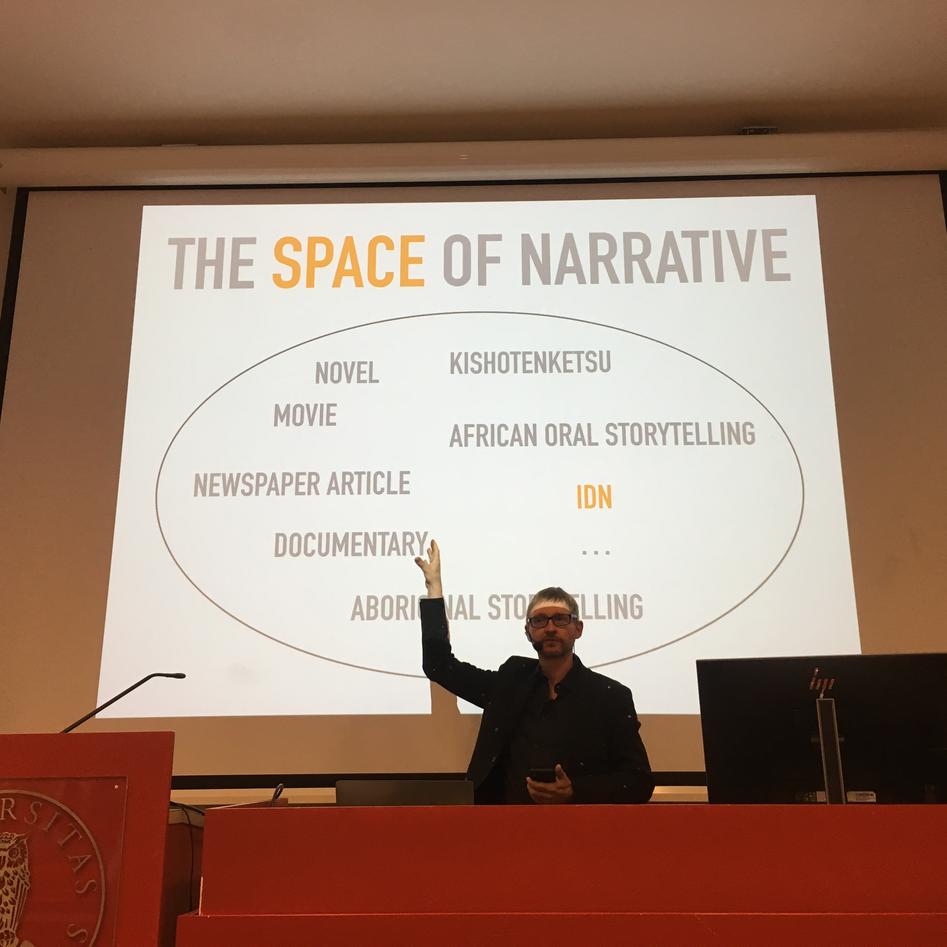 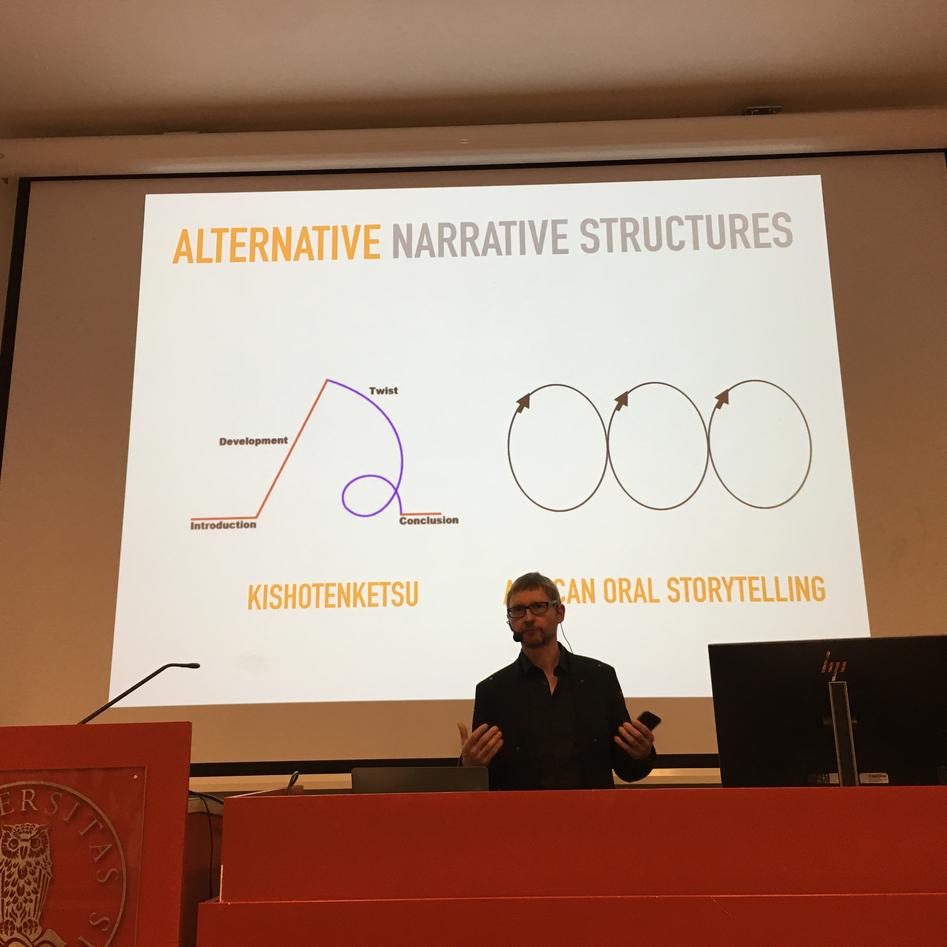 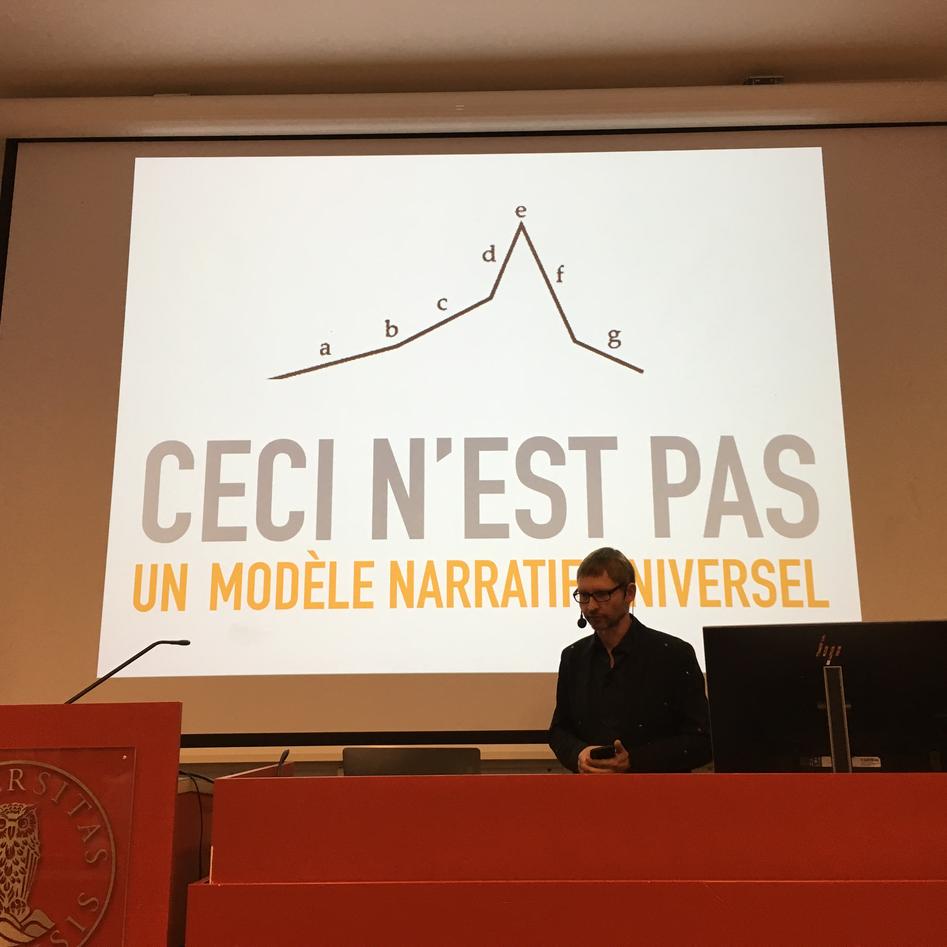 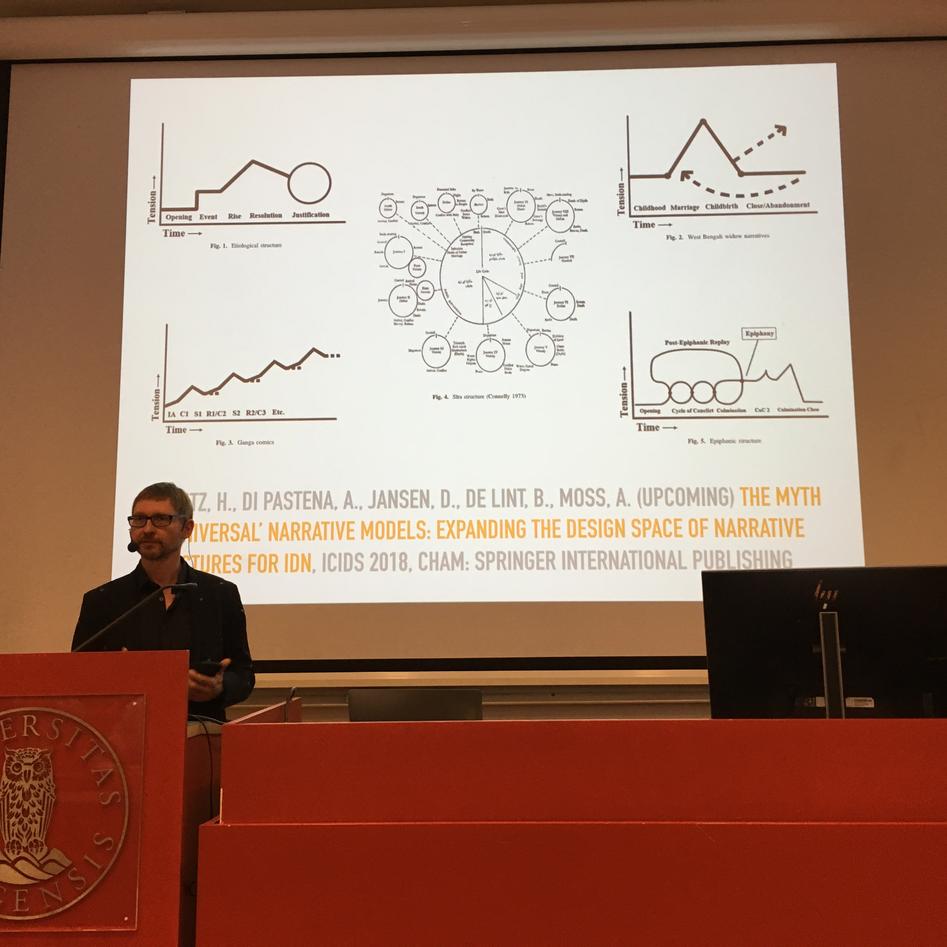 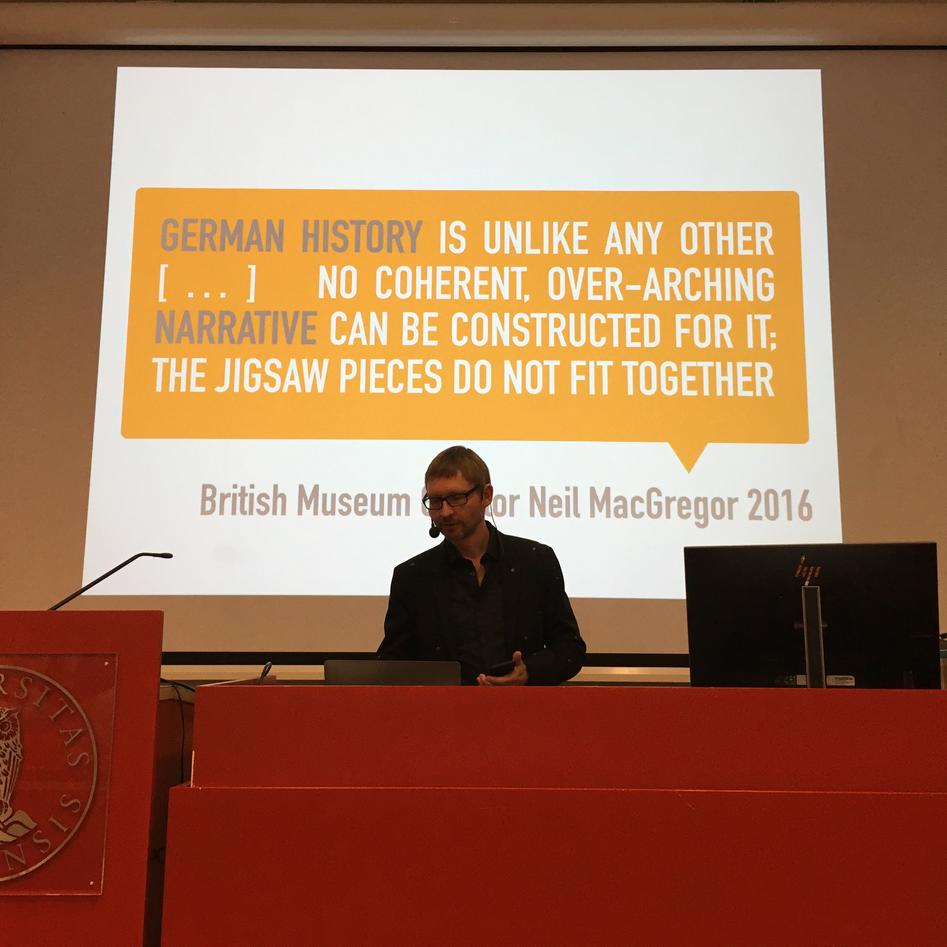 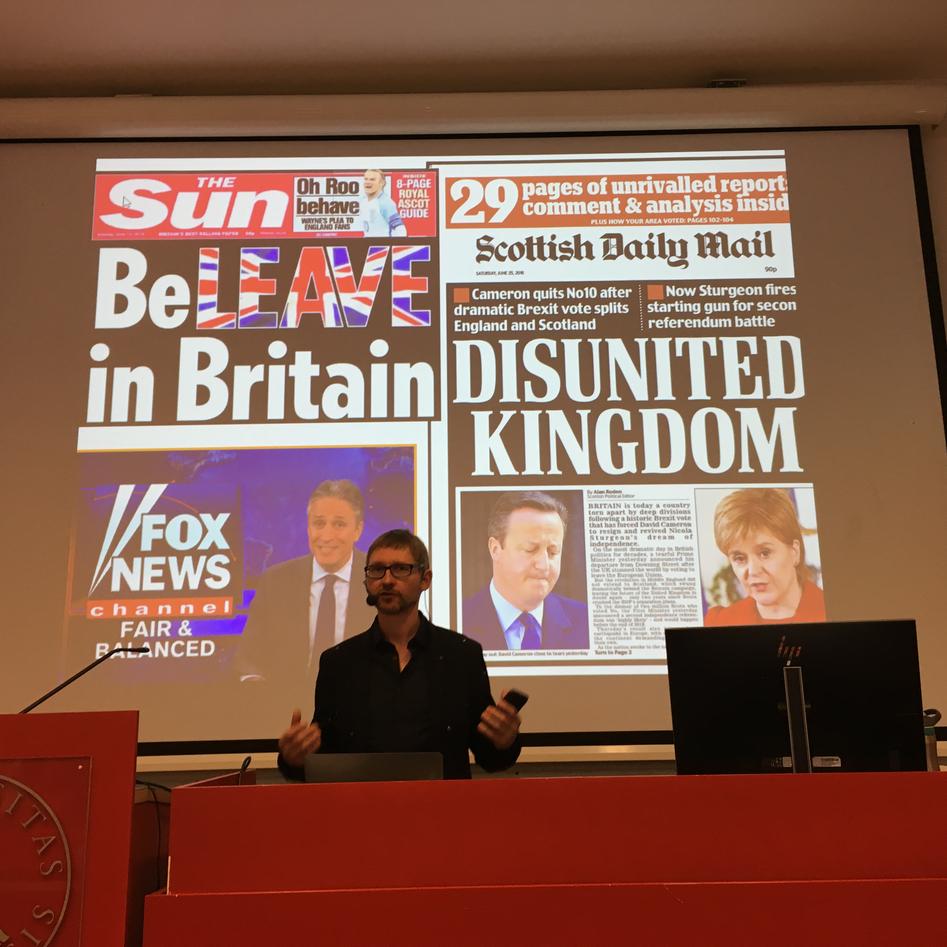 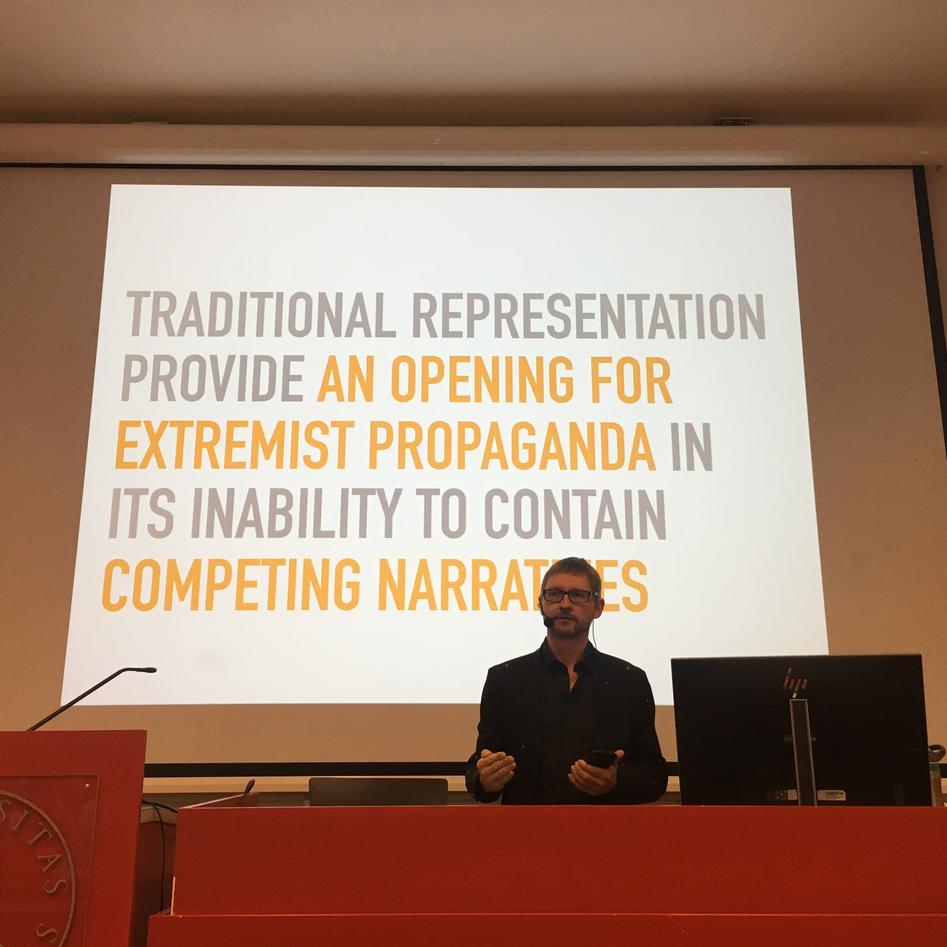