Last month, the annual conference and festival of the Electronic Literature Organization took place at UQAM (Montreal, Canada) to present state-of-the-art research and creative projects as well as discuss future collaborations and strategies of the field. In this blogpost, I outline the elements of the conference that are relevant to Machine Vision, and show examples of works using machine vision from the exhibition and performances.

One of the overarching themes that developed over the course of the conference was the gap between the field of electronic literature and mainstream digital culture. In her keynote, Claudia Kozak refered to this as “The Great Divide” between highbrow culture and lowbrow culture, where electronic literature is considered too experimental for mainstream media because of its use of technology. Kozak says we should not abandon the experiment, but rather bridge the gap, for instance through fan fiction, which she considers to function at the intersection of experimentalism, anti-authorship, and mass culture. Serge Bouchardon likewise discussed the dilemma in multiple segments, including the audience (private versus mainstream) and the literary field (literariness versus literary experience). His full paper is available here.

The ELO conference is generally accompanied by a festival and exhibitions. Several creative works presented there used machine vision as an integral element. There were several VR experiences in which used the user’s movement and eye tracking to function. In these cases the emphasis of the experience is not on the machine vision but rather on the human vision of the virtual world. The machine vision is employed only to create a coherent virtual reality world (movement) and interface interaction (eye tracking).

In other works in the exhibition, machine vision itself was the art work. John Murray presented a prototype for You’re On: The Emotion Machine. The user sits down and sees there face onscreen. The work recognizes the face and displays bars and percentages of the emotions it recognizes on the user’s face. Currently only a few of the bars work and the numbers do not represent anything, but once it is finished the user will be able to write their own text and read it back while monitoring the emotional responses on their face.

The evening performances also had some emotion facial recognition in store for us. Serge Bouchardon and Alexandra Saemmer performed Story Face, a dating app that used facial recognition to determine the user’s emotions. The recognized emotions determined in part the content of the messages users were allowed to send while chatting with their virtual “match”. If the user wanted to give an answer that did not match their current facial expression, the program gave them a penalty. A coincidental perk was that the program had difficulty recognizes the second person’s face due to the lighting. This meant a disturbance in the performance while the performer kept looking different ways to get the program to recognize their face. Although not planned, this gave an extra layer to the parody of letting facial recognition determine dating possibilities. In his keynote lecture, Bouchardon rephrased his and Saemmer’s work according to Flores’ taxonomy, calling Story Face “a second-generation work talking to the third generation”.

Although not always explicitly referring to machine vision technologies, the conference themes outlined above show a number of opportunities for the MACHINE VISION project to engage in. MACHINE VISION aims to use CELL and related databases to build a corpus, and the new use of the database can be a mutually beneficial exercise. MACHINE VISION can utilize the resources while communicating the successful strategies and opportunities for making the project more user friendly. The discussion on “The Great Divide” and “third generation electronic literature” grant MACHINE VISION a context and terminology to engage in while researching creative works of machine vision, while also furthering the debate by drawing attention to creative works using machine vision which have been blind spots (pun intended) the field of electronic literature.

In order to map machine vision in art, games and narratives, the Machine Vision project will use digital methods and tools developed in the electronic literature community, so the CELL meeting, where databases and digital methods were discussed, was a useful gathering. The meeting was held just before the ELO conference. Davin Heckman explained that the Consortium of Electronic Literature (CELL) is a technical consortium with an overarching social function: the goal is to bring people from different databases together, improve our projects within different institutions and provide resources for people new to the field. The CELL project is an electronic literature database that uses several source databases, among which are the ELMCIP Knowledge Base (UiB) and NT2 Directory (UQAM). After several presentations on recent technological improvements and new partnerships, an emphasis on institutionalization and meta-research emerged. Joseph Tabbi highlighted the importance of reception and the interlinking of projects to ensure we elevate the field of electronic literature. This includes meta-research and reviews not just of individual works, but also of the functioning of the archives and databases themselves. John Cayley added that we need to advocate for giving (early career) researcher formal credit for entering records and improving databases to create an institutional justification for this important and undervalued work. The Electronic Book Review would like to organize future editorial meetings with active members on editorial level that meet once a month and assign members to work on certain subjects to ensure the quality of our databases. More formal points discussed are partnerships with libraries and archives, which requires all works to have unique identifiers such as DOI, allowing them to be searchable in WorldCat, ORCID etc. Finally, the pros and cons of different ontologies and taxonomies in various databases are discussed, especially the debate of free versus fixed tagging systems. As the Machine Vision project determines the best way to design its database, these discussions will be useful to keep in mind.

The Electronic Literature Organization (ELO) held a Conference and Festival on August 13th to 17th in downtown Montréal, Québec, Canada. The aim of this conference is to think about e-lit in a digital culture. 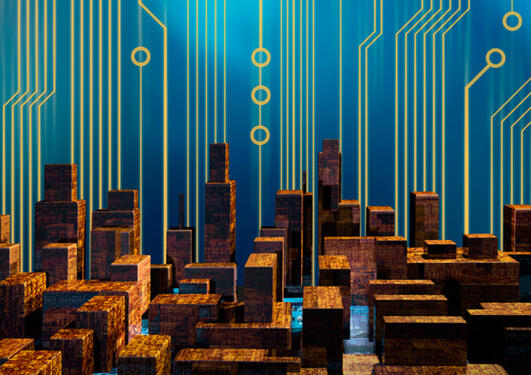