– An arena of possibilities!

The University of Bergen and other media cluster companies signed for the takeover of Media City Bergen on August 1st.

"This is your vision of a unique media cluster in Bergen. Dear everyone, congratulations, and welcome to the MCB!" said Kristin Haug Lund, Vice President of Project Development & Technology at Entra. They are responsible for the development of the former DNB building at Lars Hilles gate 30.

The UiB, as well as national TV channels TV 2 and NRK, newspapers Bergensavisen and Bergens Tidende, and other media companies signed for the takeover of Media City Bergen August 1st.

"Completing a project which has run for over five years is exciting. It's a long process. This will be the first time the UiB has student activity completely outside campus, so it'll be an interesting experiment in the time to come", says University Director Kjell Bernstrøm, who signed for the UiB.

"We are very close to the media business here, and it's this cluster mindset which will remain the exciting thing to test. This is the first cluster we're opening, so it's important to follow and develop the project as we go."

Six new study programs will run from the Media City Bergen building. Over 200 students will be moving in through August, as well as our learning and communications laboratory.

MCB was inaugurated with a ceremony in the spacious atrium, described as the "heart of the building". 620.000 production hours has gone to get all elements in their right places, and even as the office spaces gets occupied, and with the official opening being in November, property manager Svein Ove Søreide stated that this will be a building which never stops evolving.

"To us in TV 2 this is a day we've been looking forward to a long time. Maybe even 25 years," said TV 2 veteran Øivind Johannessen on behalf of the tenant companies, and told the story of how their old office at Nøstet was seen as unmodern for a newly established TV channel even back then.

He is pleased with the new MCB building:

– What we see here is an arena of possibilities!

The six new UiB study programmes will be cooperating closely with the media cluster partners. 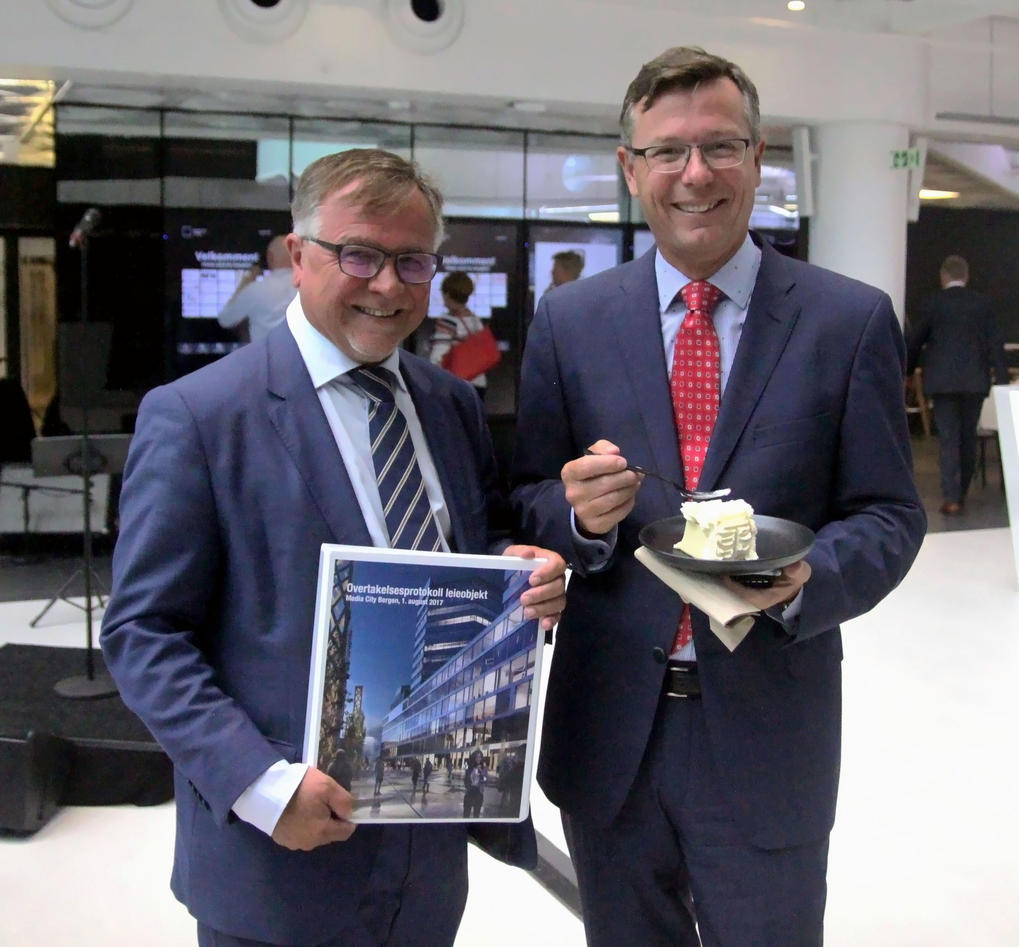 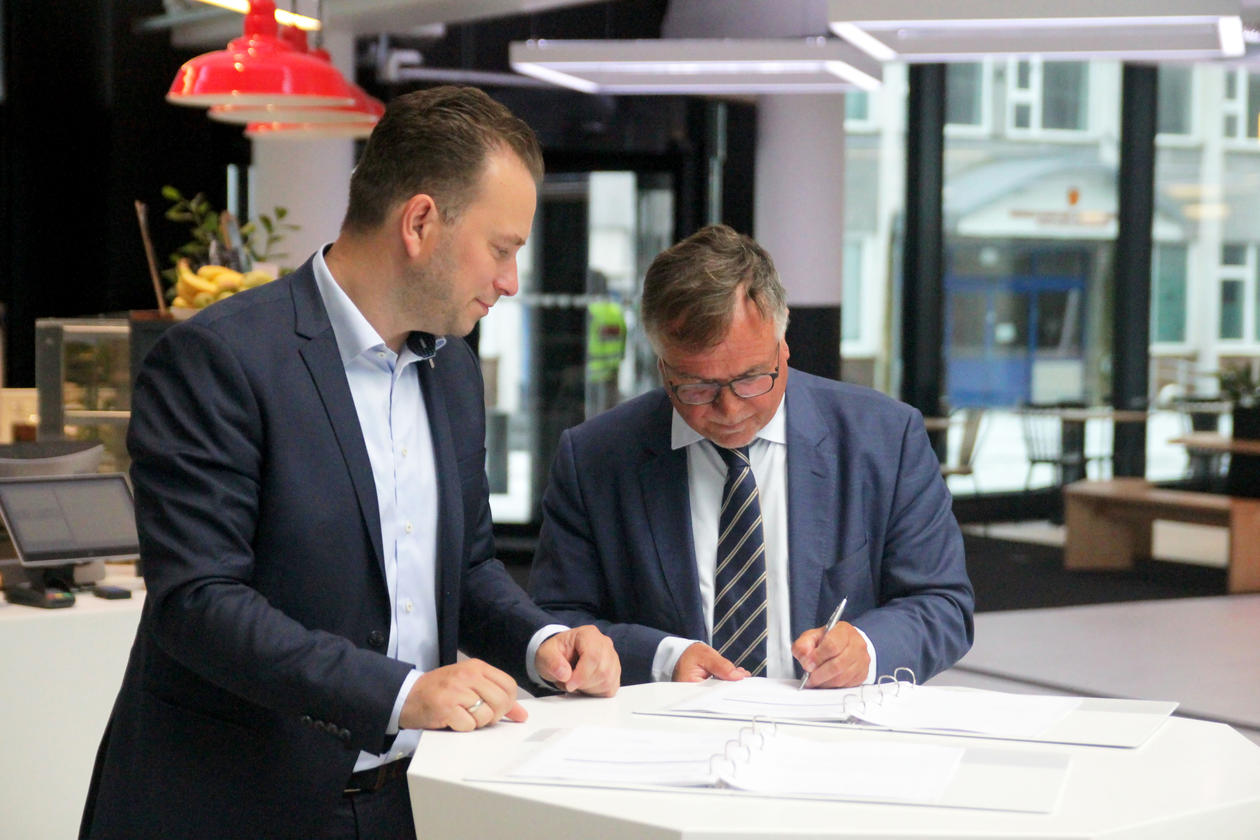 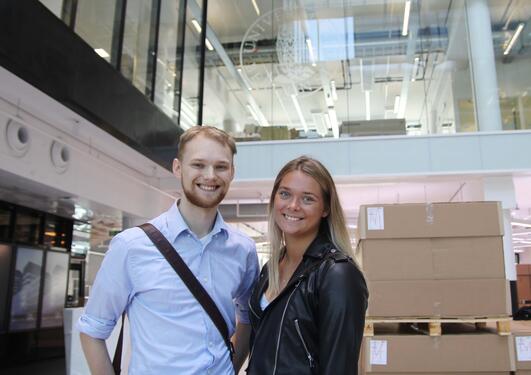 The competition was tough among this year's applicants for media studies at UiB. Now 220 students are ready to move in to the brand new premises in Media City Bergen, in Lars Hilles gate. 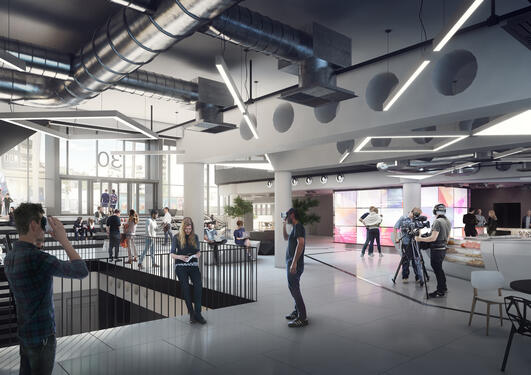 The Department of Information Science and Media Studies will offer three new programmes at bachelor's level and three programmes at master's level. 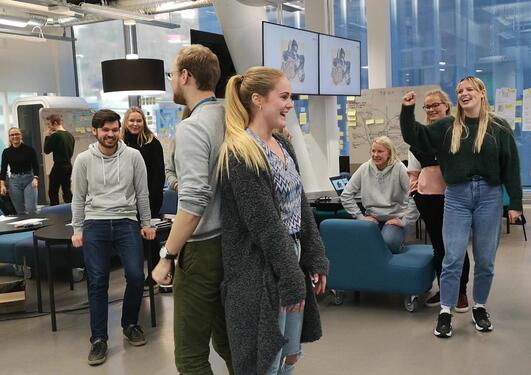