The University of Bergen awarded its first honorary doctorate to Odd Dahl in 1951, and a list of all subsequent UiB honorary doctors can be found here.

The ten new honorary doctors will have their doctorates officially conferred at a ceremony in the University Aula on 15 October 2019.

One of the most influential academics in the world, Sir Peter Gluckman works to strengthen the relevance of research to political and strategic decisions. Gluckman’s scientific research spans a broad spectrum, including perinatal physiology and biology, neuroscience, paediatric and experimental endocrinology, as well as contributions at the intersection of ecological, developmental and evolutionary biology in relation to human health.

Gluckman was Chief Science Advisor to the New Zealand Prime Minister from 2009 to 2018. In this role, he campaigned for more widespread use of the principles of scientific advice to governments and for science diplomacy. Today, Gluckman is the head of the International Network of Government Science Advice (INGSA), which is a collaborative platform for policy exchange, capacity building and research across diverse global science advisory organisations and national systems. In 2018 he was elected to head the International Science Council (ISC), and his presidency will start in 2021. Sir Peter Gluckman has received many national and international accolades for his work as a spokesperson and advocate of science advice and scientific diplomacy.

Special Envoy for the Ocean

Ambassador Peter Thomson is the United Nations Secretary-General’s Special Envoy for the Ocean, working for the global mobilisation of action for Sustainable Development Goal 14: Life Below Water. He is a strong advocate of the roles of science and universities in contributing to sustainable development and global diplomacy.

Thomson was appointed Fiji’s Ambassador to the United Nations in 2010, and in this capacity he was a central spokesperson for the developing world in the process that culminated in the 2030 Agenda and its 17 Sustainable Development Goals. In 2016–17 Thomson was president of the UN General Assembly, and in 2017 he organised the UN Ocean Conference. While president of the General Assembly, he actively called upon the world’s universities to engage in global partnerships for sustainable development, a cause he has continued to pursue in his position as Special Envoy for the Ocean.

Professor Toril Moi is a professor of literature, romance studies, English, theatre studies and philosophy at Duke University, where she is also head of the Center for Philosophy, Arts, and Literature. She started her academic career as a student at the University of Bergen, culminating in a dr.art. in 1985 with a dissertation on feminist literary criticism. Moi has been an influential researcher and writer in literary theory, both nationally and internationally, since the 1980s.

Many of Moi’s works have become classics in various fields. Throughout her entire career, she has demonstrated an ability to write texts that bring together insights from philosophy, gender theory, literature, and aesthetics in an innovative and thought-provoking manner. In addition to her research, Moi often contributes as a true intellectual in the public sphere.

Professor Jo-Anne Baird is an internationally recognised researcher within the field of “assessment in education”. She is director of the Department of Education at the University of Oxford. Baird has played a key role in the work to provide a knowledge base for political processes and has held the position of Standing Adviser to the UK Parliament’s House of Commons Education Select Committee.

Baird’s research has had a major influence on the process of setting examination standards in England. She has recently expanded her analysis in order to look at the area in an international perspective, and has found that different practices are largely contextually conditioned. In 2016 she was appointed adjunct professor at the Faculty of Psychology at the University of Bergen and has continued to collaborate on research in Bergen, as well as conducting leading research programmes in Oxford.

Professor Bruce R. Zetter is the Charles Nowiszewski Professor of cancer biology at Harvard Medical School. Zetter has been a cancer researcher for more than 40 years and is considered a pioneer in angiogenesis (formation of new blood vessels) and metastasis (spread of cancer cells). He is credited with having identified the role of cell migration in variations in how different types of cancer spread. Zetter has developed new biomarkers to predict disease progression in patients and has established new forms of treatment for vascular malformations and aggressive cancers.

Dr Zetter is known for his creativity and unique teaching skills, and his publications and dissemination work have revolutionised cancer research. In addition to his research activity, Zetter has been chief scientific officer and vice president of research at Boston Children’s Hospital. He is an advisor to a number of biotechnology companies and academic institutions around the world, including the SFF Centre for Cancer Biomarker (CCBIO) at the University of Bergen.

Among the most cited

Professor Pippa Norris is a professor of political science at the University of Sydney, teaches comparative politics at the John F. Kennedy School of Government, Harvard University, is director of the Electoral Integrity Project, and is one of the directors of the TrustGov Project. Her research compares political attitudes and choices, political institutions and cultures, gender and politics, and political communication in many countries. According to Google Scholar, she is the world’s fifth most cited political scientist.

In 2012 Norris established the independent research project “Electoral Integrity Project”, in which she heads a research group at the University of Sydney and Harvard’s Kennedy School of Government. The project examines why elections fail, why this matters, and what can be done to strengthen integrity, in collaboration with a number of international researchers and institutions.

Professor Ragnhildur Helgadóttir is dean of the School of Social Sciences at the University of Reykjavik. She has been a judge at the Supreme Court of Iceland in two cases and is currently a deputy judge for the European Court of Human Rights. Helgadóttir sat on the negotiation committee for Iceland’s application for EU membership. She has headed several councils and committees, including the Icelandic Science and Technology Policy Council.

In her research on comparative constitutional law, she has distinguished herself as an innovative scholar who pushes the boundaries of traditional legal research. Helgadóttir‘s latest research focuses on issues such as freedom of religion, the protection of human dignity, and the impact of the EEA Agreement on Icelandic laws.

Professor Anne Canteaut is one of the world’s leading experts in cryptology. She is a research director at the Inria Paris research centre (the Paris division of the National Institute for Research in Computer Science and Automation), where she is also head of the SECRET research group.

Canteaut’s research focuses on two main areas: mathematics and cryptology, which deals with computer and communications security. She has done ground-breaking work on encryption algorithms, i.e. processes that ensure the confidentiality of data. She has designed cryptographic algorithms, and is one of the pioneers of cryptographic Boolean functions. Canteaut has been an active partner in research and international activities involving the Selmer Centre, a research centre for secure and reliable communication, at the Department of Informatics in the Faculty of Mathematics and Natural sciences at the University of Bergen.

Professor Eamon Duffy has been employed at the University of Cambridge since 1979. From 2003 to 2014 he was professor of the history of Christianity, and since 2014 he is Emeritus Professor. He is a fellow and former president of Magdalene College, and was a member of the Pontifical Historical Commission from 1999 to 2007. Duffy has been awarded honorary doctorates by the University of Durham, King’s College, London, and the Pontifical Institute for Medieval Studies in Toronto, Canada, among others.

Duffy has contributed substantially to shaping our understanding of the 15th and 16th centuries in Europe, and the transition from the late Middle Ages to the early modern period. His research centres on faith and religious practices in ordinary people’s lives, and the relationship between ordinary people and the ecclesiastical and governmental authorities. Duffy’s research has changed the general narrative about the Reformation in England and has provided new insights into this phenomenon as a general, gradual period of religious transformation and cultural change.

Lise Davidsen has won numerous national and international awards in classical singing and opera. Davidsen studied at the Grieg Academy at the University of Bergen and the Royal Danish Music Conservatory. She made her debut at the Royal Danish Opera in 2012 and has subsequently performed a variety of leading roles there and at other major opera houses.

Davidsen has performed with a number of different symphony orchestras. In the 2018–19 season, one of the highlights was her performance of Verdi’s Requiem and at the BBC Proms with the London Philharmonic Orchestra. She performed as a soloist with the Oslo Philharmonic Orchestra at the Edinburgh International Festival, and has also sung with the Danish National Symphony Orchestra, the Bergen Philharmonic Orchestra and the Toronto Symphony Orchestra. Davidsen has recently signed a recording contract with Decca Classics, making her the first Norwegian soprano to be signed by this company since Kirsten Flagstad. In Norway she has recently been nominated for the Norwegian music award Spellemannsprisen in the category “Newcomer of the Year and Gramo Grant”. 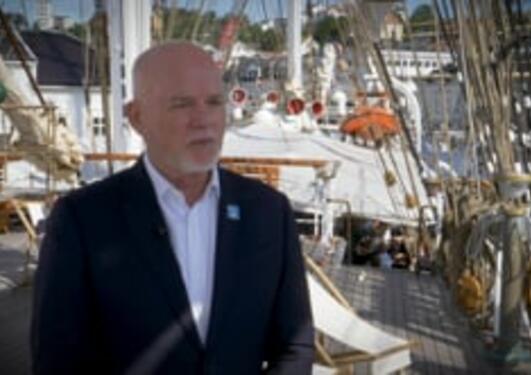 Peter Thomson to be honorary doctor

The diplomat and ocean activist Peter Thomson from Fiji is one of nine new honorary doctors at the University of Bergen in Norway. 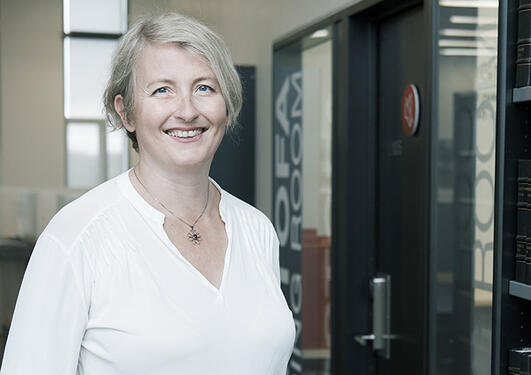 Icelandic law: Between sovereignty and the EU

Professor Ragnhildur Helgadóttir has pushed the boundaries of traditional legal research. For her outstanding academic work, she has received an honorary doctorate from the University of Bergen (UiB). 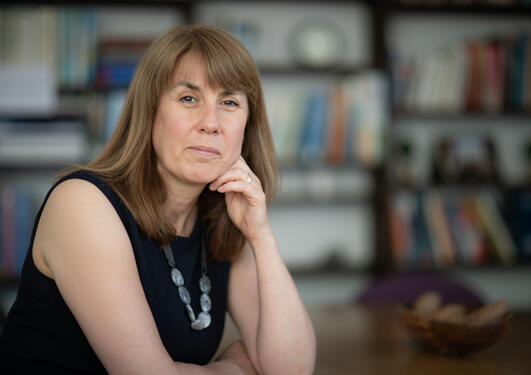 - Educational assessment has a powerful effect upon people’s lives

With it comes a great deal of responsibility. The effects of educational assessments upon learning, and what we can find out about learning from these assessments, are both important facets of this responsibility that have not received enough attention.