The University Board has decided to award eight new honorary doctorates to eight people who have variously undertaken outstanding work for the benefit of science or who have made significant contributions to science.

"It is a great pleasure to congratulate them on their appointments. The faculties have presented proposals for candidates who have individually carried out significant, outstanding scientific and artistic work for the benefit of science and art. Together they represent the type of diversity that highlights the academic and artistic breadth of the University of Bergen," says Rector Margareth Hagen.

An honorary doctorate is the highest honour that the university can confer on someone who is not employed at the UiB. The eight candidates will be awarded their honorary doctorates at a ceremony to be held in the University Aula on 2 June.

These are the new honorary doctors at the UiB:

Author, PhD Bergsveinn Birgisson, for his written work which has made knowledge about Norse cultural heritage available to a wide audience. Professor Birgisson’s work bridges the gap between research and fiction and has contributed greatly towards keeping alive interest in Norse history and its interpretation. Bergsveinn Birgisson has been proposed by the university management.

Professor Hans Petter Graver, for his extensive staunch work on jurisprudence in respect of a number of legal topics and for his work as a public debater and the chair of various legislative committees. Over the years, Professor Graver has kindly supported the academic legal community in Bergen. Hans Petter Graver has been proposed by the Faculty of Law.

Professor Sverker Sörlin, for his research on social challenges such as environmental and climate policy in a humanistic perspective. As a professor of the history of ideas, Professor Sörlin has made a substantial contribution by providing advice and reporting on research and environmental policy and he has published extensively on the role of the humanities in society. Sverker Sörlin has been proposed by the Faculty of Humanities.

Artist Britta Marakatt-Labba, for her work as a visual artist, debater and teacher, in which she clearly portrays the strong position of Sami culture in contemporary art. Marakatt-Labba's work is both politically acute and visually experimental. During her many years as an artist she has developed her own figurative imagery. Britta Marakatt-Labba has been proposed by the Faculty of Art, Music and Design.

Professor Fiamma Straneo, for her extensive, world-leading research and presentation of the ocean's role in climate change. In particular, she has contributed groundbreaking knowledge about two important topics: the flow of Gulf Stream currents towards the Arctic and their interaction with the Greenland ice sheet. Throughout her career Professor Straneo has pioneered gender equality and diversity in the field of climate research. Fiamma Straneo has been proposed by the Faculty of Mathematics and Natural Sciences.

Professor Elena Plante is a top international speech therapy researcher and a pioneer in respect of work involving the study of language difficulties in children by using structural brain imaging. She has contributed greatly to establishing understanding of the fact that developmental language disorders are a neurobiological challenge. Through her early studies, she also showed that neurobiological signs are repeated in families, thus indicating a genetic factor in this condition. Elena Plante has been proposed by the Faculty of Psychology.

Researcher Rajiv Bahl will be appointed as an honorary doctorate for his influential work on maternal and child health. His work on intervention and observational research over the past 25 years has strengthened the evidence base for the importance of breastfeeding in preventing infant mortality, and for the importance of intervention design in promoting better nutritional practices. Rajiv Bahl has been proposed by the Faculty of Medicine.

Professor Achille-Joseph Mbembe will be appointed as an honorary doctor for his sound research on history and politics. Professor Mbembe is a highly original, creative intellectual. His texts have always discussed what it means to see and think about the world from an African perspective. His research transcends linguistic boundaries and is an inspiration to students and researchers. Achille-Joseph Mbembe has been proposed by the Faculty of Social Sciences.

Honorary doctors at the UiB 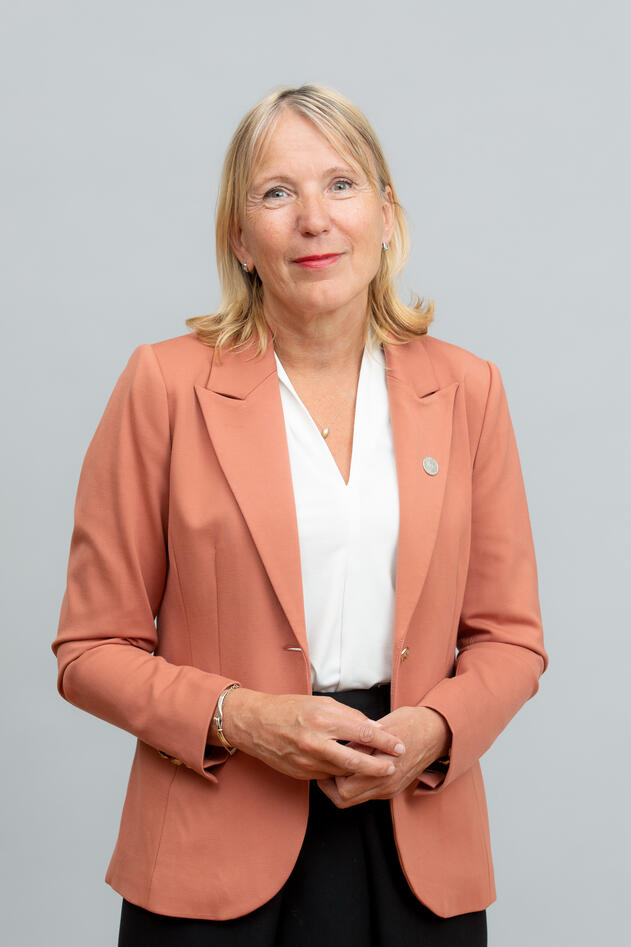 "It is a great pleasure to congratulate them on their appointments," says rector Margareth Hagen.
Photo:
Eivind Senneset, UiB