From sunflowers to starfish, symmetry appears everywhere in biology. This isn’t just true for body plans – the molecular machines keeping our cells alive are also strikingly symmetric. But why? Does evolution have a built-in preference for symmetry?

Molecular machinery, like this light-harvesting complex from a bacterium, is often strikingly symmetric. The new theory suggests that this symmetry emerges naturally from how information is encoded and used in evolution.
Photo:
Iain Johnston

An international team of researchers believe so, and have combined ideas from biology, computer science and mathematics to explain why.

As they report in the journal The Proceedings of the National Academy of Sciences, PNAS, symmetric and other simple structures emerge so commonly because evolution has an overwhelming preference for simple “algorithms” – that is, simple instruction sets or recipes for producing a given structure.

“Imagine having to tell a friend how to tile a floor using as few words as possible,” says Iain Johnston, a professor at the University of Bergen and author on the study.

The team used computational modeling to explore how this preference comes about in biology. They showed that many more possible genomes describe simple algorithms than more complex ones. As evolution searches over possible genomes, simple algorithms are more likely to be discovered – as are, in turn, the more symmetric structures that they produce. The scientists then connected this evolutionary picture to a deep result from the theoretical discipline of algorithmic information theory.

"These intuitions can be formalized in the field of algorithmic information theory, which provides quantitative predictions for the bias towards descriptive simplicity", says Ard Louis, professor at the University of Oxford and corresponding author on the study.

The study’s key theoretical idea can be illustrated by a twist on a famous thought experiment in evolutionary biology, which pictures a room full of monkeys trying to write a book by typing randomly on a keyboard. Imagine the monkeys are instead trying to write a recipe. Each is far more likely to randomly hit the letters required to spell out a short, simple recipe than a long, complicated one. If we then follow any recipes the monkeys have produced – our metaphor for producing biological structures from genetic information – we will produce simple outcomes much more often than complicated ones.

The scientists show that a wide range of biological structures and systems, from proteins to RNA and signaling networks, adopt algorithmically simple structures with probabilities as predicted by this theory. Going forward, they plan to investigate the predictions that their theory makes for biases in larger-scale developmental processes.

The research has been featured in international media. Highlights:

New York Times:
Life's Preference for Symmetry is Like 'A New Law of Nature' 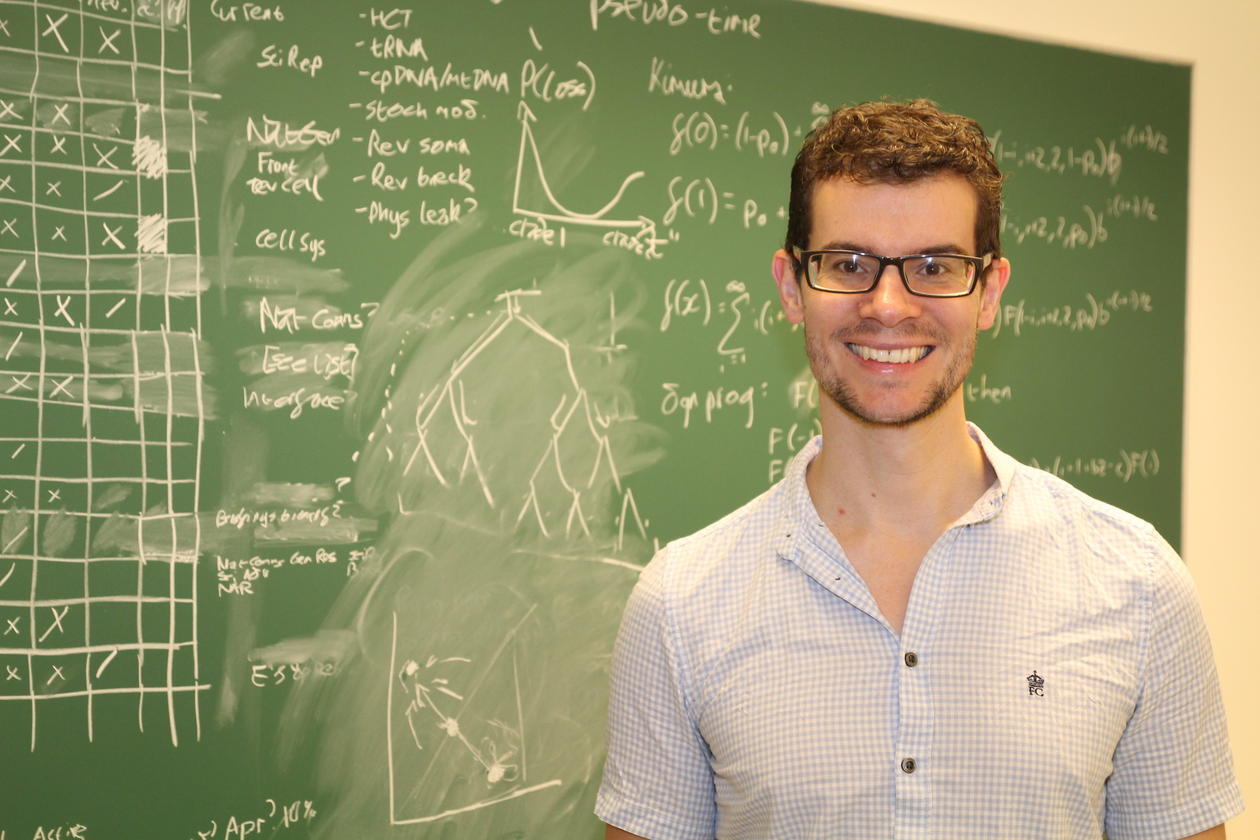 Iain Johnston is one of the authors behind the newly published PNAS article.
Photo:
Øystein Rygg Haanæs/UiB